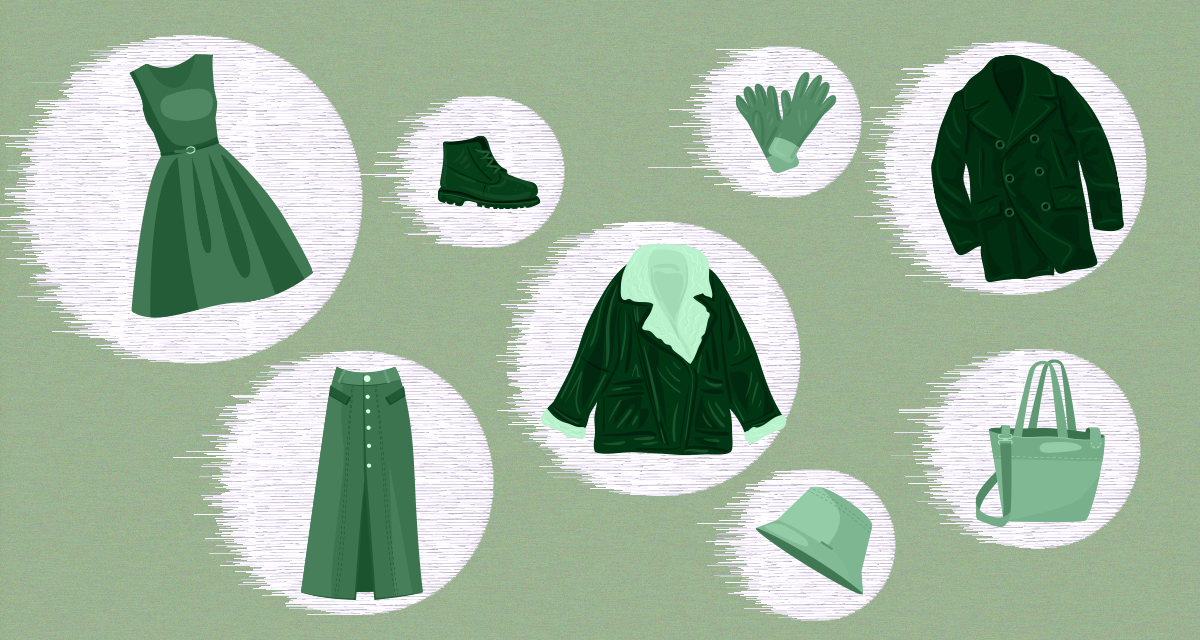 For the past couple of years, thrift shops have slowly paved their way into the Lebanese shopping scene and gained recognition. From mom-jeans to print dress shirts, people have found more reasons to “thrift” and enjoy the style of an era they never lived –especially as 80s and 90s fashion makes a comeback.

A thrift shop sells second-hand and brand-new items at affordable prices. While thrifting isn’t common practice in Lebanon, more and more thrift shops are gaining traction as Lebanese people lose purchasing power in the midst of the country’s worst economic crisis in decades.

One of the earliest thrift shops to open the scene in Lebanon is Depot Vente, a cozy little shop nestled in the hidden alleyways of Mar Mikhael. Soon enough, Depot Vente became a staple in the area and in the Lebanese thrifting scene, exhibiting edgy fashion pieces that appeal to the avant-garde buyer.

“I love seeing our generation trying to go back to a time they never lived, when things were simpler and people weren’t obsessed with their phones” says Mira Haidar, owner of Instagram thrift shop page, The Fifth.

Thrift stores in the face of an economic collapse

Almost 50 percent of Lebanon’s population is now living in poverty, according to the United Nations Economic and Social Commission for Western Asia. Given the country’s extraordinary circumstances, more people are simultaneously looking to sell used goods and purchase them for cheap.

Instagram is now home to a growing Lebanese thrift scene, with new pages popping up on an almost daily basis. One of the first Instagram thrift shops to launch this year was Razan Ali’s Frontyard Clothing. The 18-year-old launched her page back in January and has since managed to gain over 2,400 followers.

“I decided to start my page because everything has become extremely expensive,” said Jana Kaddouh, owner of the Instagram page Wardrobe Sellout. “I looked at my closet and realized I have way too many pieces that don’t fit me anymore and I couldn’t find a better way to get rid of them.”

With the recent collapse of the Lebanese economy, many well-known brands have been rushing to close their franchises while those that remain have significantly increased their prices. Meanwhile, local and less recognized brands like those coming in from Turkey, which were once considered affordable and catered to those with less purchasing power, continue selling.

AlShaya Group, the multinational retail franchise operator headquarter in Kuwait, recently announced that many of their franchise shops that fall under the Fashion and Accessories section, as well as in Foods and Beverages, will be closing down in different areas and malls in Lebanon.

The retailer operates around 90 brands in the MENA region, including H&M, Victoria’s Secret, Cheesecake Factory, M.A.C, and American Eagle. What we know for sure is that Starbucks, also operated by them, is one of the brands that’s staying in Lebanon.

The economic crisis in Lebanon could not have rolled out its fangs at a tougher time, as the globe faces the monster known as Sars-Cov-2 or Coronavirus. As a response to both these factors, many young people have turned to online thrift shops.

Young women are now selling pre-loved clothes and accessories from their closets and sometimes even from the closets over others. In the second instance, their page takes a certain percentage of the profit when an item is sold.

“Of course, if I feel like the piece reflects the style I want, I accept to sell it and the price is set depending on its original price and the quality of the piece,” said Jana, whose first post on Wardrobe Sellout dates back to June 2. Since then, her page has gained almost 2,800 followers.

Some thrift shops have even dabbled in taking their business offline too. Mira has recently set-up a stand for her used-clothes at The Garage Sale in Mar Mikhael, increasing The Fifth’s visibility and allowing more sales.

“I’ve always wanted to open a shop. I’ve actually been involuntarily working in this for around 7 years! But then COVID happened, so I thought I’d start online and do as much as I can until things start to look up,” she commented.

Wear Keshkesh on Instagram has also grown in popularity due to its unique vintage items and retro vibes. Each piece is almost always one-of-a-kind, which means customers need to stay on alert for the pages’ latest “drops.”

“Some thrift stores are more expensive than others,” said Jana, “But each has their own clientele.”

Mira thinks the pricing is fair considering the quality delivered.

Some stores, like Pink Attik, have taken over the internet and not just Instagram. Pink Attik is a website launched by two women, Elsa and Maya, that identifies as “the future of second-hand.”

On the website, you will find pre-loved items, some even luxury brands, for men, women and kids at affordable prices.

The presence of thrift shops encourages people to help young entrepreneurs who might later grow their businesses from pages to physical stores or initiatives that profit those in need while allowing curious buyers to reuse items that might otherwise be thrown away.

“I believe the fashion industry makes way too many pieces and it hurts the environment more than does it good. Thrifting is more sustainable and as someone who studies sustainability I believe it’s the best choice for all of us,” says Mira.

While the growing trend of these stores seems to be here to stay, it sounds like happy news for shoppers on a budget and vintage lovers.