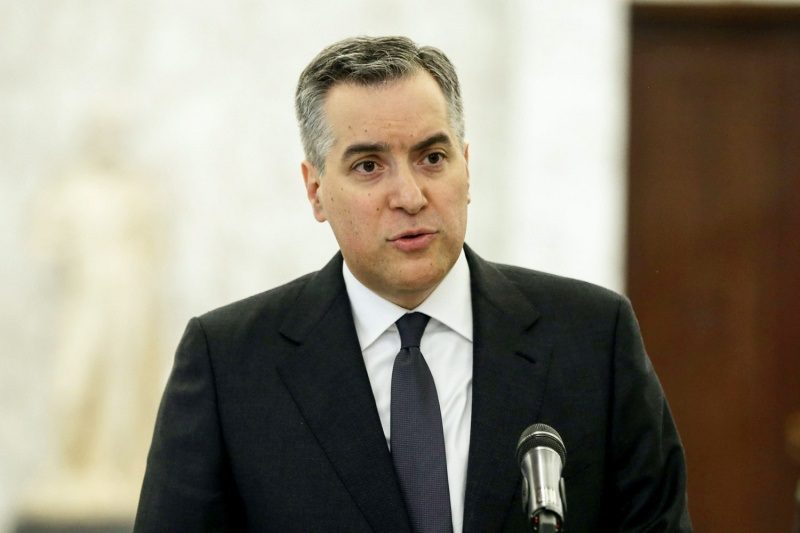 BEIRUT: Prime Minister-designate Mustapha Adib failed to present his Cabinet lineup to President Michel Aoun on Monday, raising doubts that he could form a new government within the two week deadline set by France two weeks ago.

Adib was expected to present Aoun a proposed draft of the Cabinet lineup, instead he told reporters following his meeting with the president at Baabda Palace that he attended to hold “further consultations” over the formation process.

“God willing, all will be well,” Adib said.

Adib’s meeting with Aoun comes one day before a 15-day deadline set by French President Emmanuel Macron for the formation of a new government in a bid to steer the country out of the worst economic crisis it has experienced since the 1975 – 1990 Civil War.

During the French president’s second visit to Lebanon, local political leaders vowed to form a new government within two weeks after Macron unveiled a draft of a roadmap for the country’s politicians. The political roadmap outlined a timeline for necessary political changes and demands from the first two weeks to one year.

But on Sunday, the French-backed efforts to form a new government were stalled after the Shiite Parliament Speaker Nabih Berri and leader of Amal Movement objected to Adib’s process of putting together a cabinet. Adib had been pushing to rotate the leadership of the Finance, Defense, Interior and Foreign ministries among Lebanese sects.

According to The Daily Star, Berri insists that the Finance Ministry be held by a Shiite affiliated with Amal –as has been the case with previous governments. TDS also reported that the Speaker of Parliament’s insistence carried forward into a phone call with Macron.

Despite not taking on roles within the new government, Berri told Adib his political party is prepared to fully cooperate to reform, stabilize, and rescue the Lebanese economy.

Meanwhile, other political groups including the Free Patriotic Movement, the Future Movement, the Progressive Socialist Party, and the Lebanese Forces, also said they will not participate in the new government.