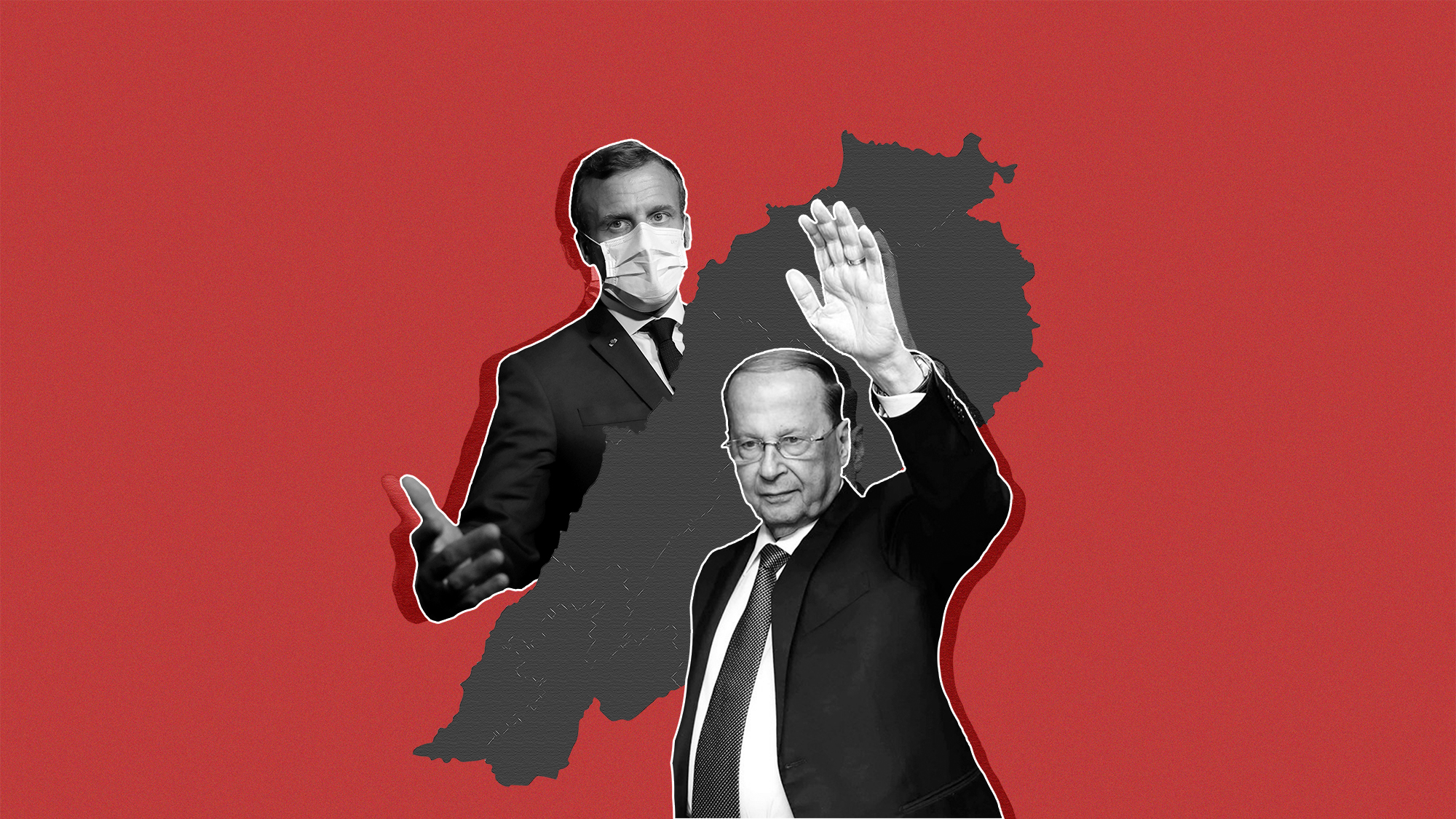 Macron in Lebanon: A strategic play of mutual coordination

French President Emmanuel Macron has taken center stage for his political and diplomatic intervention in Lebanon this past month, sending a bold message to the country’s leaders: Deliver on reforms by the end of October or face sanctions.

During his second visit to Lebanon, the French leader unveiled a draft of a roadmap for the country’s politicians, outlining a  timeline for drastic changes and demands from the first two weeks to one year.

Should Lebanon fail to commit to the long-awaited reforms, Macron said  targeted sanctions would be imposed in coordination with the European Union.

While the roadmap has been widely criticized by experts as overambitious and full of gaps, some analysts say Macron’s intervention was a strategic and important move for the country and wider region.

So far, Lebanon-based analyst Ali Yehya said, “The French role can be described as a positive interference, regardless of the reasons.”

Lebanon was already drowning under the weight of the worst economic crisis since the 1975-90 Civil War. But last month’s explosion plunged the tiny nation further into peril.

The August 4 blast killed at least 190 people, wounded more than 6,000, left some 300,000 homeless, and destroyed swathes of the capital, estimated in billions of dollars of damage.

Reviewed by Reuters, the roadmap for Lebanon’s next government calls for the immediate resumption of talks with the International Monetary Fund (IMF) to fix the shattered economy and swift moves to fight graft and introduce other reforms that have been delayed for years.

“The priority must go to the rapid formation of a government, to avoid a power vacuum which will leave Lebanon to sink further into the crisis,” the French roadmap reads.

It lists four sectors in need of immediate attention: humanitarian aid and the authorities’ response to the COVID-19 pandemic; reconstruction after the August 4 blast; political and economic reforms; and an early parliamentary election.

Mustapha Adib, the former ambassador to Germany, was designated prime minister hours before Macron arrived. Before taking up the post, he must secure approval to form a new Cabinet –a process that usually takes months to negotiate under Lebanon’s sectarian power-sharing system.

Chadi Nachabe, a political analyst, said this strategy has the potential to work.

If Adib’s new government shows progress on the points set out by the roadmap, Macron pledges to host a second donor conference in October to raise additional funds for rebuilding Beirut.

“The debt from the first quarter of 2020 reached $90 billion –170 percent of the GDP– and the inflation data released in July indicated 112 percent annually, not to mention the explosion losses ranging between $10 to 15 billion,” Yahya said.

The government was seeking $20bn in financial aid –half from an International Monetary Fund (IMF) program and the other half from funds pledged by some donor nations at a 2018 conference.

In a damage and needs assessment following the August 4 explosion, the World Bank placed the damage from the blast at $4.6bn, with an additional $2.9bn to $3.5bn suffered in economic losses in the wake of the blast.

“This guarantees the flow of aid represented funds of the Cedar Conference [$11 billion], the International Monetary Fund, and others, complementing existing tactical assistance to address the immediate effects of the explosion,” Yehya added. “[International] support was given the green-light shortly after the flow of comprehensive French humanitarian aid, followed by the French success in softening American economic pressures on Lebanon.”

The aid, he said, “was the result of mutual coordination between the two parties [the US and France], and proposed a specific program of action with four Macronian items related to sector reform.”

While Macron has led international diplomacy on Lebanon, other powers still have a considerable grip in the country, such as Iran and its heavily armed Shiite ally, Hezbollah.

Hezbollah official Mahmoud Qamati told Hezbollah’s al-Manar TV he saw regional and international cooperation over Lebanon. “Therefore this is an opportunity for this government to solve some of the crises at least, if not all of them,” he said.

According to Nachabe, Macron’s interest in cementing a deeper role goes beyond historic ties to the Francophone country, whose foundations were laid by the French coincidentally 100 years since colonial France declared the founding of Greater Lebanon at Beirut’s Palace of Al-Sanawbar.

Friend or foe, Lebanon’s collapse would have severe repercussions for the region and the West.

“France has been facilitating Iran and Hezbollah,” Nachabe said. “Lebanon is a strategic foothold in the region and a major route connecting the Eastern Mediterranean to the wider region,” he said.

With Lebanon housing the highest concentration of refugees per capita, “the country’s collapse threatens Europe as it would reignite a migration wave, it would open a window of opportunity for Turkey to be more active, and more tensions with Israel,” Nachabe said.

Meanwhile, he noted, “the US does not want Hezbollah’s grip over the country to grow. Avoiding Lebanon’s collapse is the common ground between them all.”

As far as France is concerned, Nachabe highlighted the important “role of Total and the investment in the port of Beirut …while France is cementing its regional allies, it is also trying to distance Turkey as much as possible.”

However, “the actual lifespan [of the government] is still not clear,” Nachabe said. It all rests on the outcomes of the US elections, and relations between Washington and Tehran after hints of a possible Russia-brokered negotiation was thrown off the table.

Meanwhile, late Tuesday, the U.S. Treasury sanctioned two former Lebanese Cabinet ministers who are allied with Iran-backed Hezbollah in a rare move against politicians close to the group.

“Corruption has run rampant in Lebanon, and Hezbollah has exploited the political system to spread its malign influence,” said Secretary Steven T. Mnuchin. “The United States stands with the people of Lebanon in their calls for reform and will continue to use its authorities to target those who oppress and exploit them.”

Asked about the US sanctions against the two former Cabinet ministers, Nachabe said the move comes as no surprise. “The Americans were planning for months to sanction through the Caesar and Magnitski law…But due to the Beirut blast, they postponed the sanctions until now.”

“This is part of the pressure tactics and the card used by the US for more pressure on the ground.”

But the question now, Yehya said, “is whether Adib will be separated from the political dinosaurs and sects masters in Lebanon, and if he will fall under the sword of sanctions.”