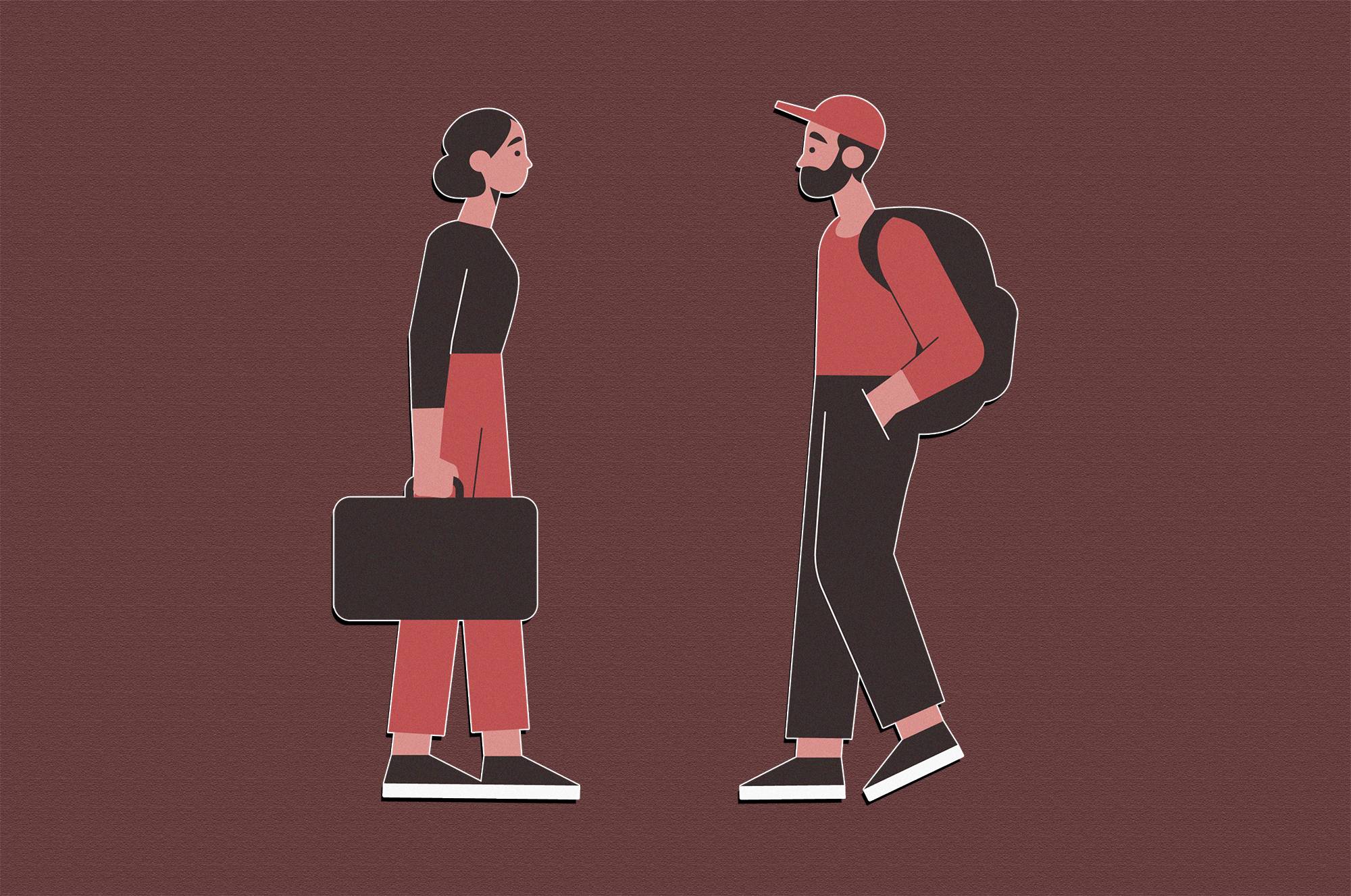 With the passing of time, living in Lebanon feels more and more like one sequence of survival after another. As the Lebanese long for a sense of normalcy, sometimes they can only envision it abroad.

Questions about leaving or staying have come to dominate conversations between families and friends –so much that they have become all too familiar to hear while running your everyday errands.

While discussions take different turns amongst different groups, all answers are linked by one common thread: the unbearable situation of the country.

As Lebanon was already facing multidimensional crises prior to August 4, no one could foresee an event so drastic that it would exponentially exacerbate the hardships of the Lebanese.

The economic crisis was deteriorating with no end in sight. The local currency had lost around 75 percent of its value, with an exchange rate fluctuating as per the daily dollar price on the black market. People already had very limited access to their own savings.

The COVID-19 outbreak made things worse for the economy, also plunging the country into a health crisis on top of all other problems.

As the same mob of politicians continued to cling to power at all costs, their negligence and corruption exploded over our heads.

It seemed like they had already driven Lebanon to the bottom of the pit but the massive explosion that erupted on August 4 revealed what seems like a never-ending mirage.

The older generation, having already survived the civil war, saw everything they had worked for turn to ashes. Before the Lebanese youth could catch their breath to process the trauma, they were sweeping the rubbles of a city they love.

Fifteen-year-olds who were planning on going back to school in a month found themselves holding their friend’s casket over their heads, carrying a weight on their shoulders that is far too heavy for their age.

While thoughts about migration weren’t previously a rare occurrence for the Lebanese, things took a serious turn following the blast.

As some decide, others remain confused

Overwhelmed by events and conversations, some feel the answer is clear. Others think it’s much more complicated than a yes-no question. For some, staying is not an option. For others, leaving is unimaginable.

Some find themselves in a state of perplexity, constantly torn between wanting to stay in a home that has given them so little and leaving to find a sense of home in a country where they can have a dignified life. Swaying from one side of the dilemma to the other, they remain in an everlasting illusion of having made up their minds.

One second they swear they would do anything to leave Lebanon. The next, they find themselves encircled by hope and can hardly imagine leaving their loved ones behind.  Others don’t have the luxury to leave. And so they think of a life that could be.

Some have already left the country and feel guilty about not being there with their loved ones, helping rebuild Beirut and take down the government. Nevertheless, they can’t imagine coming back. Others have left but plan on returning soon or eventually.

Even if you want to leave, it’s not as simple as that

At the end of the day, thinking about leaving is only the first step of a usually long process. It’s a thought that has crossed the minds of most. It somewhat comes with the mere fact of being Lebanese.

As many think about leaving, their migration remains just that, a series of thoughts and wishful thinking. But when push comes to shove, a lot of hurdles stand in the way.

In reality, emigrating means that one ideally needs to meet a certain set of conditions. Besides having a foreign passport, one usually needs to have a minimal financial capability to establish themselves abroad and ensure their livelihood, at least for the first period. As local banks continue to hold people’s money hostage and as the fate of a devaluating Lebanese lira remains unclear, many don’t have the means.

Even when these conditions are met, some still struggle to leave, feelings of sadness and guilt weighing them down.

In the end, it’s sad to think that one even needs to be looking outside the country to find the hope of a decent life.

If things were in the hands of the people, no one would have to take such difficult decisions. But the Lebanese have grown tired of continuously being in a survival mode where it’s all about making it through the next 24 hours.

They want to plan, dream, grow and love. They deserve to have aspirations and long peaceful sleeps, free of recurring nightmares about another traumatic event. As heartbreaking as it is to want these things in a foreign country, it is the case for many.

As some leave and others stay, Lebanon’s future remains uncertain. A lot of hope persists in the people. Just by taking a walk down the streets and seeing the efforts being put in by independent initiatives to rebuild the city, one already gets a glimpse into the potential of the country.

All scenarios are justifiable, whether one ends up leaving or staying. Leaving doesn’t mean giving up on Lebanon. Staying doesn’t necessarily mean being stuck. Thinking about migrating shouldn’t constantly be accompanied with guilt.

Whether one chooses to stay or leave, their choice is fueled by a life in which they had to witness too many downfalls and disappointments. The common ground is that none of the two are accepting the status quo. They just choose to fight it in different ways.

Read also: What it feels like when a country dies