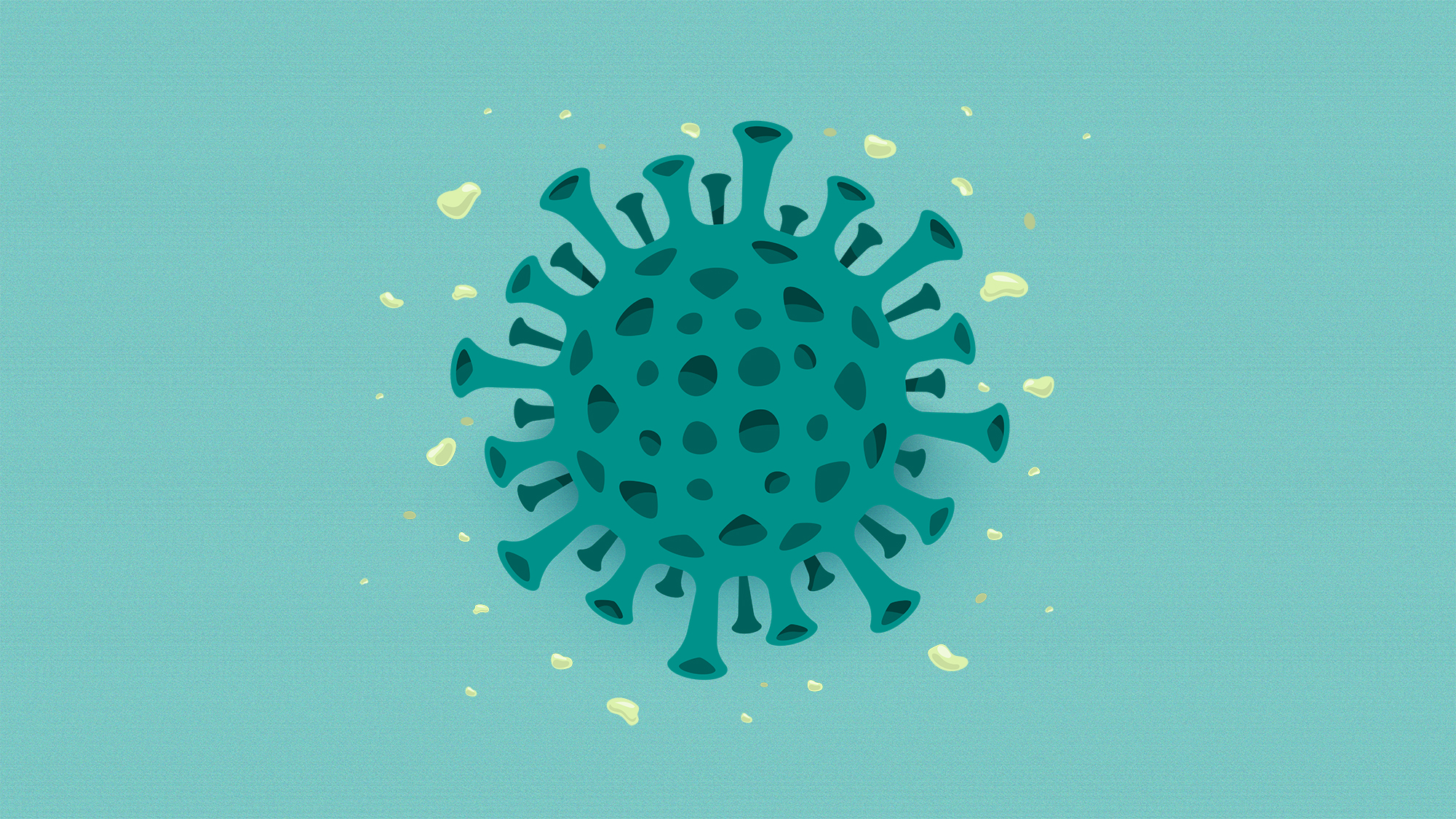 Exactly two weeks after the August 4 explosion here in Beirut, I tested positive for the coronavirus.

I first started showing symptoms usually associated with the common cold (sore throat, sneezing, fatigue) a few days after the August 8 protests. Every doctor I consulted at that point told me that it is most likely not the coronavirus, since I did not suffer from coughing, shortness of breath, or a fever.

All my symptoms could be attributed to other factors, such as exposure to teargas. My temperature was consistently at 36 degrees. Still, I self-isolated when the fatigue and sneezing persisted. I was too tired to do anything else anyway.

I did, however, meet and interact with a lot of people in the aftermath of the explosion. I probably caught the virus sometime in the chaos and distress of that week. I did not have direct contact with anyone who had tested positive or showed symptoms, but I did not fully adhere to the precautions that I had usually been taking.

When my body started aching severely and I got migraines on Sunday, I figured it was not just a cold or the flu. I then learned from a friend that in her case, she tested positive for COVID-19 even though she had none of the primary symptoms either.

So, I took a PCR test despite the fact that public health sources recommend isolating and testing only if you have a cough, fever, and/or loss of taste or smell. My test came back positive.

Following the doctor’s recommendations, I did my due diligence in informing everyone I had seen, starting with the past forty-eight hours before I showed any symptoms. Out of concern, some of them then did the same even though, as per guidelines, they needn’t have unless they got a positive test result themselves. They traced back through the people they saw since I had developed symptoms, informing them that they were exposed to someone with coronavirus.

Upon informing my friends and family, I was met with overwhelming kindness, care, and understanding. Friends offered to deliver books, films, video games, and food. Others set up Skype calls, and a special group of close friends took the time to film a series of brilliant and hilarious corona-themed sketch videos to quell my anxiety and theirs with laughter.

I am so grateful. Their love made my isolation a lot less lonely and eased the guilt that comes with contracting the virus. The days spent alone would have been so much harder, and harsher, if I had not been virtually held and cared for by distant loved ones.

My parents also took the news in stride, and developed a system for my self-isolation at home with them, making sure I am well-provided for and extremely cared for without putting themselves at risk. I have the privilege of having a bedroom and bathroom to myself, making a quarantined area in their home possible at a time when self-isolation is increasingly difficult for the majority of the population.

Most of my friends and family –understanding the nature of the virus and the stage of outbreak we have reached in Lebanon– made sure to remind me that I am not to blame. That we were all exposed in the past two weeks of upheaval and unrest. That it is difficult to even trace who might have passed it on to whom. That my symptoms at the outset did not typically mark it as a case of coronavirus. That I did well by isolating and telling everyone who needed to know once I knew. That we should all be more careful from now on.

However, although it pales in comparison to the support I received, there were several types of negative reactions I also experienced.

People who had contact with me immediately got tested rather than just go into quarantine and monitor themselves. There was also peer pressure on them to get tested right away, although they are only advised to if they show symptoms.

Pressuring others into testing earlier than they should or when they do not need to does more harm than good. This may come from an immediate need to know if that person actually contracted the virus, in order to know straight away if you need to quarantine or get tested yourself. Unfortunately, there is no escape from the few days’ wait if you want accurate results.

Early testing may result in false negative results. The recommendation is to test within five days of developing symptoms. It is not advisable to test arbitrarily with no symptoms at all, and anyone with close contact to someone with coronavirus is supposed to self-quarantine even if they test negative or don’t develop symptoms themselves.

If you saw a person who was exposed to someone with coronavirus but did not test positive, then you need to simply continue to take precautions seriously and monitor yourself for symptoms.

People freely and openly passed on information that I got sick –probably out of concern and care for themselves and loved ones– when they could have easily followed the chain of exposure while keeping my identity anonymous.

I started getting inquisitive messages from people I did not encounter myself since developing symptoms. This added unnecessary stress when I was already tracing all of my own contacts. I would have liked more privacy and peace of mind as I was recovering, especially in light of the misrepresentation and inaccuracy of information regarding how I got sick, when I got sick, the nature of my symptoms, their severity, who I saw, for how long, and more.

Although it was completely irrelevant to the purpose of tracing the possibility of infection, some people felt entitled to ask me or those I saw about my private life and theirs, such as where and how we spent our time before I tested positive. Some went even further and circulated that information.

The only information that matters is whether someone came in close contact with me and when they last saw me. The rest is just prying, and it is invasive.

The nature of exposure, duration of exposure, and whether it was repeated exposure does not ultimately matter: Fifteen minutes of maskless face time are enough to transmit the virus. Hugging someone is enough. Touching a contaminated surface is enough. One cough is enough. All these instances count as close contact.

The proof of all this is, I don’t even know where and when I caught the virus myself. The possibility of infection exists as long as there was some form of close contact. Searching for further details of said contact is a useless exercise. The attempts to uncover more information than needed are loaded with an underlying intention to assign blame and responsibility onto others.

People who interact with others with no masks or social distancing regulations are knowingly and consciously taking a risk.

Laying the blame solely on others for being infected or for the possibility of transmitting the virus when we fail to take the initial precautionary measures ourselves, is ignoring collective responsibility and risk, turning it into an individual blame game.

If everyone with a headache, a sore throat, and some fatigue needs to self-isolate, then almost everyone in Beirut should have been at home the past two weeks. That is why precautions such as wearing masks and social distancing are so important, especially when in closed spaces.

We now know that a high percentage of people with the virus show no to very mild symptoms, and may pass on the virus when they are asymptomatic or presymptomatic. So regardless of whether someone ended up showing some symptoms or tested positive in their extended circle, people are still taking a palpable risk by not taking precautions.

Perhaps in the past few months the risk was much lower, but we are currently in the dangerous stage of a community spread, and we need to be fully aware of its implications. Assigning blame and pointing fingers haphazardly only serves to reinforce stigma, and stigma is one of the primary reasons people don’t get tested or don’t report their illness to others.

5Lack of empathy and care

Some people were only concerned with asking about technicalities –such as when I started showing symptoms, where to get tested, or the likelihood of them getting infected if they met with someone exposed to me– without showing any concern about my health, be it physical or mental.

Illness and potential illness in the aftermath of the August 4 trauma have already taken a very heavy toll. Some forgot that I am already feeling exhaustion, pain, guilt, even shame, and that those exposed to me are also feeling scared, worried, and guilty themselves. This unkind line of questioning that completely ignores our well-being makes dealing with illness and the potential of illness so much worse.

In the few days after I tested positive, I and those close to me were on the receiving end of disproportionate anger and blame. Despite the fact that several health professionals initially thought it highly unlikely that I had contracted coronavirus, this wave of blame continued unabated, even when we took all the necessary steps to contain the spread.

The stigma is very real. I am not at all surprised that many hesitate to report and trace back when they test positive, if this is the response they may face. This experience is by no means unique to me; it falls within a wider pattern of people’s responses to news about someone having COVID-19.

While fear and panic might drive people towards such types of reactions, I had to confront those reactions while isolated, sick in bed, in pain, already feeling guilty, wondering if I might end up dying, and scared that I might have spread the virus to loved ones and others. I did not choose to get the virus and put others at risk. Nor did anyone know I had coronavirus (or its symptoms) and choose to put others at risk.

For three days, my recovery was derailed. I barely ate and slept because of the anxiety that I had done something wrong. When I did manage to sleep, nightmares of Israeli airstrikes or collapsing buildings forced me awake– but that’s another story.

Even with the abundance of support that I did receive, and although most people were gentle and kind, I still felt a sense of guilt and responsibility over the panic that occured; I internalized the anger and blame. I had to endure this on top of the collective trauma, uncertainty, and suffering we are already living through.

It was an impulse to care and be cared for that drove us out of quarantine. And care, not just a cure, is what we need from each other to survive this pandemic.

Although steps for prevention are now widely accessible, not much information is disseminated on what we can or should do after getting sick beyond seeking treatment. Whatever exists is predominantly medical and technical. I hope that sharing my experience will be helpful in light of the serious coronavirus wave hitting Lebanon now.

Watch out for symptoms, even if they are not the ones primarily attributed to COVID-19. Take precautions seriously –you never know where you might get exposed to the virus. If you cannot adhere to all precautions, avoid seeing vulnerable people such as the elderly or those with pre-existing health conditions. If you end up getting sick, make sure to trace your contacts so they take the necessary precautions. And keep hydrating!

If you know someone who gets sick, or even someone who must quarantine because they were exposed, ask them how they feel, what they need, how you can help. It makes all the difference in the world.