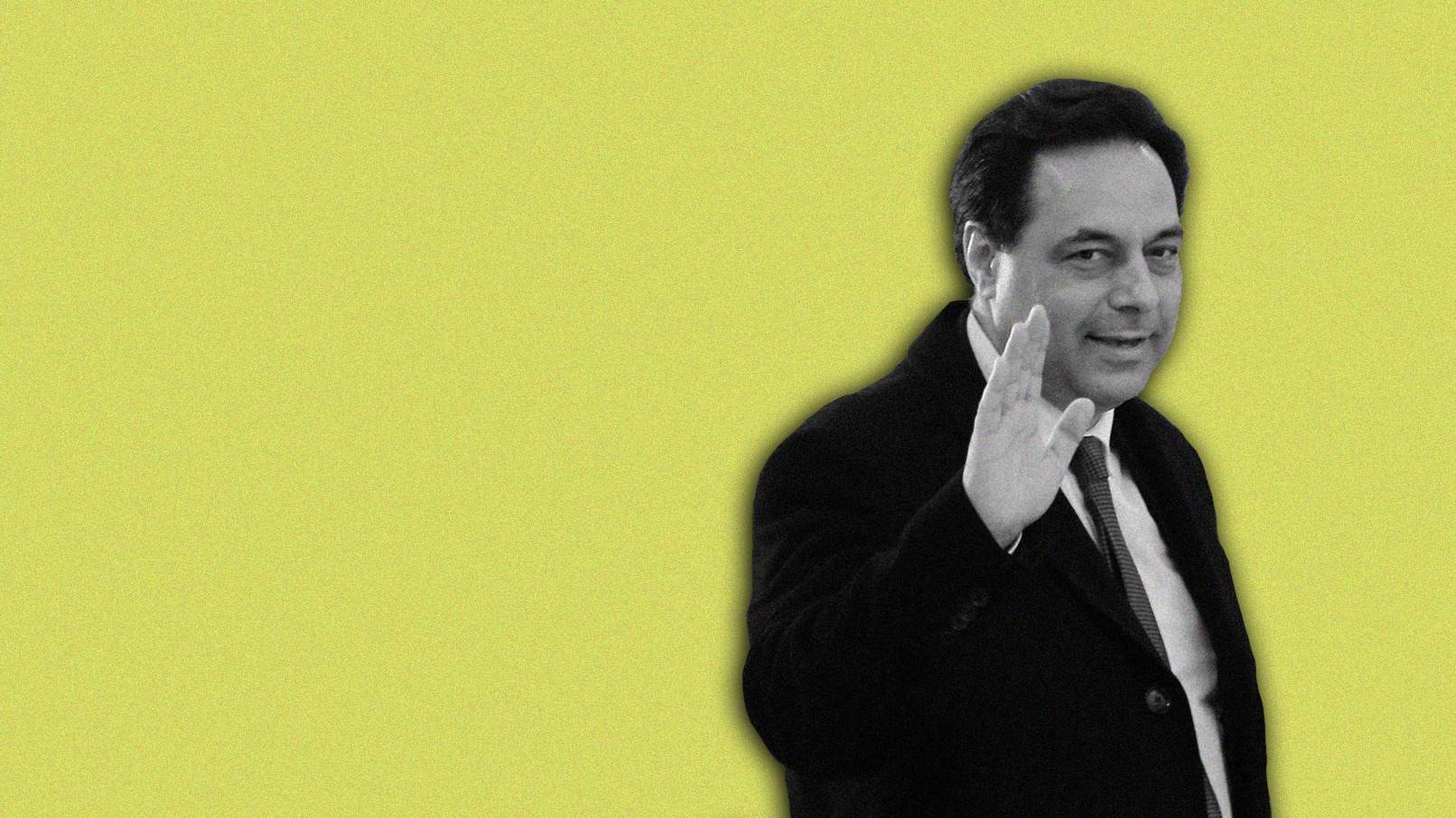 A post-Diab dilemma and ruling class maneuvers: How do we fight back?

The Diab experiment is over. Coupled with the Beirut port disaster of August 4 and the subsequent popular movement on the streets, the traditional sectarian class has once again reproduced itself by overcoming the overwhelmingly limited challenges posed by former PM Hassan Diab’s cabinet.

With Amal Movement leader and Speaker of Parliament Nabih Berri’s final political spin to “raise questions” and “hold the government accountable” for the disaster during this Thursday’s parliamentary session, Diab preemptively announced his resignation on August 11 in the pursuit of being remembered as the “hero who tried.”

While these developments tell us little about the so-called “confrontational” nature of Hassan Diab and his colleagues, they tell us a lot about the extent to which sectarian parties want to cling onto power, especially via attempts to restore the “national unity” experiment.

This is further exemplified by this Thursday’s parliamentary session, which was set to discuss and vote on a state of emergency, granting exceptional powers and rights to the Lebanese army.

With the decree passing in Parliament, MP Ousama Saad recorded an objection, citing the negative consequences behind “militarizing authority.”

Since the disaster, the army, in command of all security forces, has controlled every aspect of life in the capital city.

According to an Amnesty International report released a couple of days ago, this control ranges from attacking and forbidding media channels which attempt to document the explosion’s ramifications and subsequent protests to resulting in the injury of over 700 protesters in one day.

Based on these developments, many fear that this parliamentary session may legitimize the military command’s authoritarian grip on the city.

Despite these realities, any open window provides an opportunity for opposition groups to coordinate and mobilize in favor of a new alternative.

This requires one to take a step back to evaluate how different coalitions within the ruling class are attempting to maintain the status quo, and the ways in which grassroots formations can shift the discourse within a tangible and doable strategy.

Prior to his resignation, Diab announced that he’d be opting for early elections. He reportedly went through with the announcement without coordinating with Lebanon’s main political forces. However, activists raised concerns about any election organized by the resigned government at this stage.

“The current government is in a political crisis of legitimacy. On one hand, it resigned; on another hand, it oversaw the crime which occurred in the port,” said opposition activist Elham Barjas.

“Consequently, there’s not much that differentiates the outcome of an early election spearheaded by this government and the current law from that of the disappointing election process of 2018,” she continued.

On the other hand, as de facto PSP leader Walid Joumblatt announced that the fall of the Diab’s cabinet represented a “political victory.” He joined the Lebanese Forces in their call for early parliamentary elections following the formation of a “neutral” government.

In response to the growing turbulence on the street, the country’s prime sectarian forces are beginning to polarize their support base around new terms.

While “neutrality” refers to an international and national alignment formerly associated with the March 14 coalition, the “one-color government” was the nickname of the March 8-aligned Diab government.

Although Joumblatt emphasized the need for a “non-sectarian electoral law,” he further stressed that he “understands” why his allies, primarily the Lebanese Forces and Future Movement, would object to that.

Accordingly, these political pacts seek to score another blow to the grassroots movement by positioning themselves as the “official opposition,” even while retaining the pillars guaranteeing regime’s continuity.

On the other hand, both the Russian ambassador Alexander Zasypkin and French President Emmanuel Macron’s recent statements in favor of a “national unity government” raise concerns about the possibility of returning to the pre-October 17 political “resolution.”

Taking note of the uncertainties revolving around international backing, alongside the overwhelming reality of deteriorating local political support, it is no surprise that a lot of calculations have to be made before different factions of the ruling class determine their next steps.

Who is opting for a transitional government?

While the “neutral government” being championed by former March 14 hawks may count as “transitional,” the overwhelming majority of the grassroots opposition have been opting for an “independent” transitional government with specific powers not contingent on immediate early elections.

Commenting on such a package, Barjas specified that confidence granted to such a cabinet would have to come from the street and a popular referendum, not from a parliament made up of traditional sectarian parties.

“The positive aspects of such a cabinet also revolve around its ability to take the necessary procedures to administer the economic crisis, justly hold accountable those responsible for the port disaster, guarantee a non-sectarian electoral law, and put forward a law specifying an independent process for judicial appointments.”

Initially spearheaded by Charbel Nahhas’ political party “Citizen in a State,” the scope of support for such a plan has expanded quite enormously.

On Wednesday, a pamphlet distributed by secular youth and students around Beirut and other regions outlined a “question/answer” format for their reasons for supporting a transitional government, alongside the ways in which it ought to be enforced.

Referencing the importance of continuous on-the-ground escalation and inter-group coordination, the pamphlet renders the street as the main force of legitimacy to overcome the maneuvers of stronger political parties.

“As a student distributing this statement, this transitional period relates to me because our proposition is a necessary condition for resolving the economic crisis, and subsequently the crisis we are facing in the education sector,” said AUB Secular Club member Lama Jamal Eddine.

Highlighting the aspect of “independence,” she further noted that any future cabinet must be completely dissociated from the ruling parties so that these urgent set goals are met.

However, the issue of feasibility, implementation, and seriousness ought to be raised so that the opposition specifies its goals. In other words, is international recognition a factor being taken into account when deciding on the faces of our next cabinet? If so, is the opposition ready to make the necessary concessions in order to achieve this recognition?

On another note, is it even the right time to make concessions? Should we instead map out a revolutionary council with faces we trust so that we can accordingly proceed with our confrontation on the streets?

Answers to these questions will most probably not be found in the next couple of the days. Nevertheless, they may as well be the first trial-error exercise through which a grassroots opposition can transform into a responsible political force in favor of grabbing power, taking risks, and recreating the political and economic “social contract” between the rulers and the ruled.