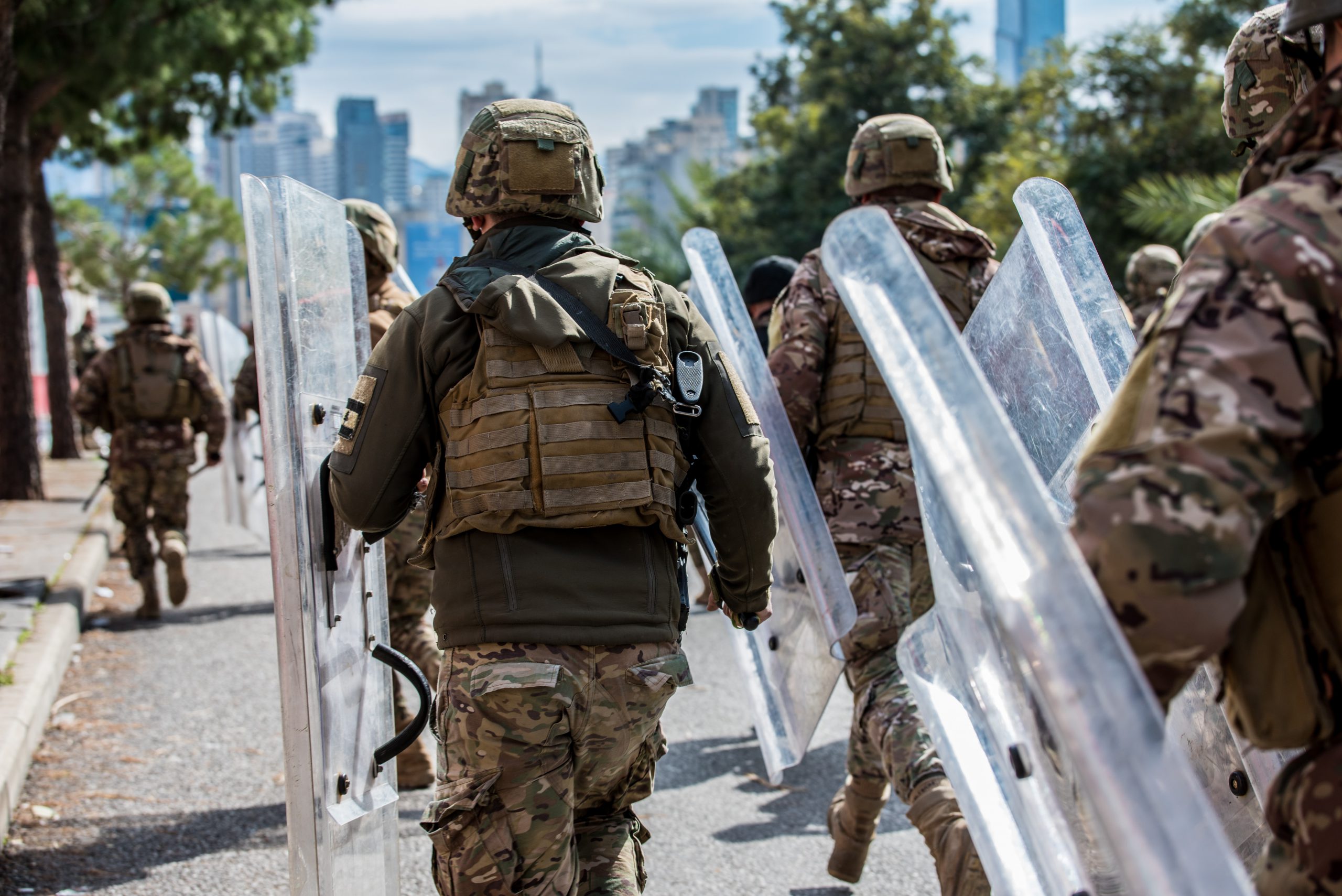 Parliament has agreed to place Lebanon under a state of emergency, transferring power and authority over to the army.

In declaring a state of emergency, the ruling class is providing the army with the authority and ability to intimidate, threaten and even completely halt protests during the current time. Protests resumed on Saturday, August 8, following the devastating impact of the Beirut blast.

According to the Legal Agenda, the powers bestowed upon the army include:

– Expanding the powers of the military court to try civilians under any “crimes” relating to “breach of security.”

– Closing down any spaces that allow for large gatherings. This means barring gatherings in squares such as Riad el Solh and Martyr’s Square, which witness a large influx of protestors during demonstrations.

– Enforcing house arrest on anyone engaging in activities that impose “a danger on security.” This directly threatens protestors and activists.

– Entering people’s homes at any time. This directly threatens the safety of protestors and activists.

– Prohibiting movement at specific times. This may be used to prevent protestors from attending demonstrations. Similar intimidation tactics have been used during the past few months, as the army set up checkpoints near the entrances leading to Beirut to prevent citizens from across Lebanon from attending protests in Beirut.

– Imposing fines and “deporting suspects.” This can be used to intimidate refugees and migrant workers in Lebanon, whose population compose around one million in the country.

– Censorship over print, radio, television and theater productions. This threatens the freedom of the press in Lebanon and could be used to cause a media blackout.

The vote for the state of emergency was conducted swiftly, with the only opposition coming from MP Osama Saad.

Lebanon has fallen victim to a police state in the last few months, and underneath the state of emergency, will continue to witness threats to activism, protests and the media.