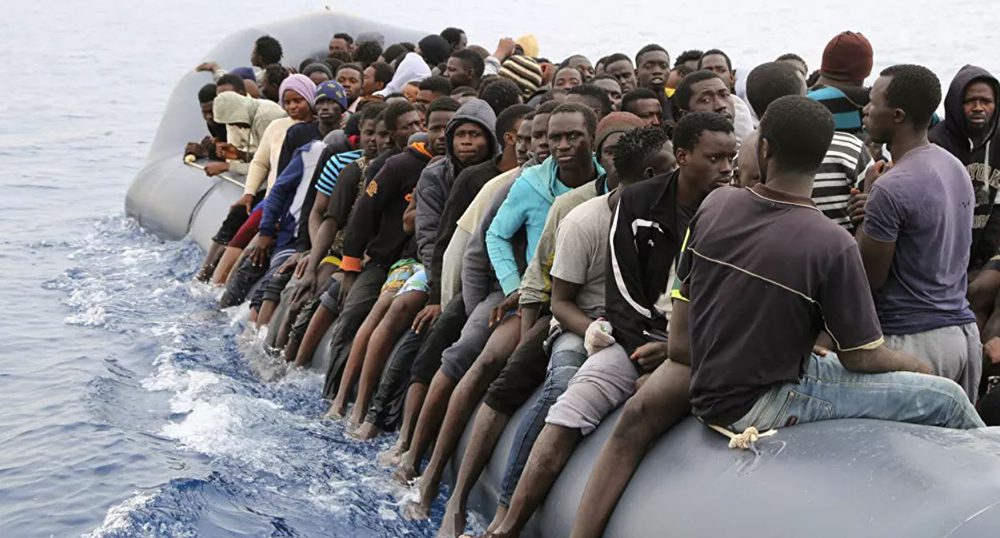 As Europe eases coronavirus-caused restrictions on movement across the continent, obstacles to migrants and asylum seekers trying to reach southern Europe remain in place.

With seas calming, the annual migrant crossing season is underway. Boats and dinghies jammed with migrants are leaving Libya for the shores of Italy and Malta.

The response of each country has been to close its ports to rescue vessels meant in a bid to hinder the arrival of migrants and return them to war-torn Libya –a breach of international law.

Migrant aid organizations and human rights groups also contend that the virus became an excuse to intensify anti-immigration policies already in fashion in many countries.

“Recent and unfolding events in the Mediterranean Sea raise serious concerns that European Union countries will use the COVID-19 pandemic as an excuse to evade their responsibilities under international law to respond to boats in distress at sea,” said Judith Sunderland, the Human Right Watch (HRW) associate director for Europe and central Asia.

In effect, two crises are colliding: the unresolved problem of how to handle unregulated migrant inflows versus the desire to reduce the contagion of the deadly flu from outside.

The numbers of migrant and refugee numbers departing from Libya in the first three months of the year increased four-fold compared to last year, the United Nations Office of the High Commissioner for Human Rights (OHCHR) said last week.

Arrivals to Italy sharply spiked. Between January 1 and May 10, 4,184 migrants reached southern Italy, compared to 1,010 arrivals the last year as reported by the United Nations High Commission for Refugees (UNHCR).

Not only is Libya at war, but the country is also at high risk of an outbreak, the heads of seven U.N. agencies warned in a joint statement on Wednesday.

More than 3,200 people have been returned to Libya, according to the agencies.

On May 13, the U.N.’s Network on Migration called on European states “to suspend forced returns during the pandemic, in order to protect the health of migrants and communities, and uphold the human rights of all migrants, regardless of status.”

An incident in April in which more than 60 migrants were returned to Libya highlighted the acrobatics EU countries use to keep the migrants away.

On April 10, Alarm Phone, a crisis hotline that helps migrants at sea, received a distress call about a boat carrying 63 people. Within hours, an aircraft from the EU’s Border Protection Agency alerted four different governments of the boat’s location.

Despite the multiple distress calls, all the governments –Italy, Malta, Libya and Tunisia– declined to respond.

After six days, a commercial vessel chartered by the Maltese government picked up the migrants inside Maltese territorial waters and took them to Libya, violating international law. Twelve people died during the time the boat was adrift.

Malta’s police are investigating the country’s prime minister along with 12 members of the Armed Forces of Malta under suspicion of breaching international law.

In reference to this incident, Dunja Mijatović, the Council of Europe’s Human Rights Commissioner, wrote a letter to Maltese Prime Minister Robert Abela on May 5.

In it, she urged the government to fully meet its “obligations under international maritime and human rights law, the Maltese authorities should respond effectively and urgently to any situation of distress at sea of which they become aware.”

She also prodded them “to investigate and address all credible allegations of delay or non-response to any such situation.”

In a report published on Wednesday, Amnesty International criticized governments for forcing migrants back to countries that practice human abuse under the pretext of containing COVID-19.

“Forcing people back to countries where they are reasonably expected to face persecution, torture or other cruel or degrading treatments amounts to refoulment which is illegal under international law,” Amnesty said.

During the pandemic, the major maritime rescue ships, such as the Norwegian-flagged Ocean Viking and Germany’s Sea-Watch, have suspended operations due to the country’s blocking of migrant landings.

On May 7, the Italian coastguards impounded two charity rescue ships at the port city of Palermo citing “technical and operational irregularities” after having completed a two-week quarantine period offshore.

The German-flagged Alan Kurdi, which picked up 150 migrants off the Libyan coast last month and brought them to Italy, was impounded on May 5. The Spanish-flagged Aita Mari which brought 34 people to Sicily was sequestered the following day. The fate of the migrants aboard the ships remains unclear.

It’s not just Italy and Malta that are at fault, migrant aid groups say.

The EU tolerated the closure of both Italy and Malta’s ports in early April. On May 8, Malta pulled out of the EU operation enforcing an arms embargo on Libya in protest of the continent’s failure to help with dealing with migrants.

The move came a day after the Maltese Foreign Minister Evarist Bartolo complained that Italy and Malta were being “left alone to deal with thousands of migrants crossing the central Mediterranean.”

“In our migrant centers we have 4,000 migrants and we have no room for any more,” said Bartolo.

Even before the coronavirus outbreak, mass migration in the Mediterranean was controversial.

Under EU rules known as Dublin Agreement, the care of migrants and asylum seekers is the responsibility of the country where they first arrive. That has left countries like Italy and Malta and Greece at the frontlines of major migratory routes into Europe. This in turn created widespread political opposition to migration.

EU has been unable to persuade its members to share the hosting of migrants who arrive in southern Europe. The solution, Sadik suggested is a “complete overhaul of the Dublin regulation, where we see a robust and predictable mechanism for redistribution of new arrivals to countries across Europe.”