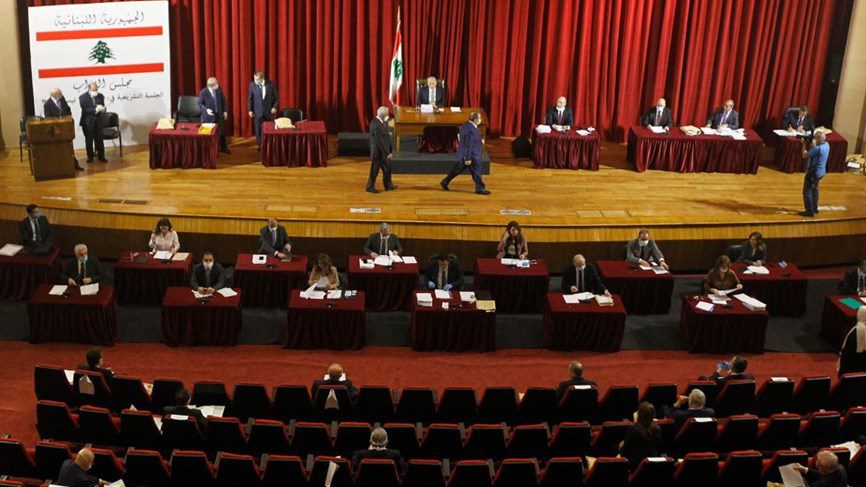 Who came before Nabih Berri and will someone ever come after?

Enough people have felt the urge to Google “Who was before Nabih Berri?” for it to be listed as one of the prominent questions that pop up when you type the Speaker of Parliament’s name into the search engine.

Nabih Berri has headed Lebanon’s parliament for almost thirty years, before I and many of my colleagues were born. He was elected as speaker for the first time in 1992 and would go on to be re-elected five more times, with the latest being in 2018. Considering this and the refusal of Lebanese officials to update our history books because of disagreements regarding the 1975 civil war, it is not unusual for my generation to feel as though Nabih Berri has existed for as long as the legislative body he governs.

The Lebanese parliament, headed by Berri, has a hectic three-day schedule for their first sitting in over a month. Because of COVID-19 concerns, members of parliament are meeting at the UNESCO Palace to better practice social distancing regulations.

Over two days, they have shot down suggestions to remove bank secrecy, have legalized weed cultivation for medical and industrial exporting, and voted against a law removing all posters of politicians in public areas. MPs also rejected a draft law to stop the controversial Bisri Dam project.

Today, quorum was lost when too many MPs left the chamber despite the urgency of Lebanon’s financial crisis. A vote on giving small-to-medium enterprises and vocational workers $400 million in government aid could not be established.

Prior to that, parliament also agreed to audit and pay back $150 million they owe to private hospitals. Additionally, the parliament shelved two draft amnesty laws that would reduce prison sentences and pardon thousands of arrested prisoners and wanted individuals for committing non-violent crimes.

Prominently, MPs rejected holding early elections. Meanwhile, 18 (out of a total of 128 seats) MPs voted for early elections –including Paula Yacoubian, the Lebanese Forces, and the Kataeb. The votes against and for were cast at a time when parliament has arguably lost most of its legitimacy, following the ongoing anti-government revolution and the worst financial crisis that the country has lived through in decades.

Despite coronavirus concerns, demonstrations have reignited across the country again to protest the deteriorating living conditions in Lebanon. Poverty and unemployment is at an all-time high and many fear they will not be able to survive without proper financial support from the government during the COVID-19 outbreak, which has left a chunk of the population without a source of income as the value of the Lira plummets and the price of everyday goods rises.

Despite these difficult (read: excruciating) times and the failures of parliament to act as the country’s governing legislative and oversight body, would early elections work to the long-term benefit of protesters and the dismantling of the sectarian political system or would it help traditional political parties sink their claws deeper into the hearts of their communities?

The May 2018 election results may very well be replicated if early (or late, for that matter) elections are held. In 2018, 48 of the 74 candidates already in Parliament were re-elected despite “high levels of dissatisfaction with electoral institutions and government performance” according to a policy brief from Lebanon Support.

Many obstacles stood in the way of independent candidates who previously ran for parliament and those who run in the future. While the economic landscape has indeed shifted in the past two years and the majority of politicians have proven time and again that they are not capable of handling their duties, that doesn’t automatically mean people will vote for anyone new.

The World Bank predicted that 50 percent of the population might end up under the poverty line in Lebanon, and the IMF said that Lebanon’s economy is set to shrink by 12 percent in 2020. The worsening state of the economy just means that people are more desperate than ever to acquire the necessary funds to ensure they can buy food for their families, educate their young children, find stable jobs, and pay expensive hospital fees –more prominent than ever in times of the coronavirus. This makes them more susceptible than ever to being bribed or asking for immediate, short-term services in exchange for their vote.

Another key factor to keep in mind is “tactical voting,” whereby voters in Lebanon cast their ballots for national elites because of an ingrained belief that independent candidates will not be allowed to implement the changes they seek because of the system itself.

Many more factors, such as the limiting electoral law, the role of traditional media in backing politicians, and the exorbitant campaign costs for less well-off independent candidates, will also affect the outcome of the elections. There is also the influence of the ongoing pandemic. Would early elections have been held late enough for people to feel comfortable going out of their homes into public voting spaces?

No matter how prominent or unspectacular the results of early elections would have been, most MPs voted against holding them. One important reason is the now very real threat, to them, that something would have changed in the country.

The answer to the first part of my question, by the way, is Hussein el-Husseini. And yes, somebody will certainly come after Nabih Berri.