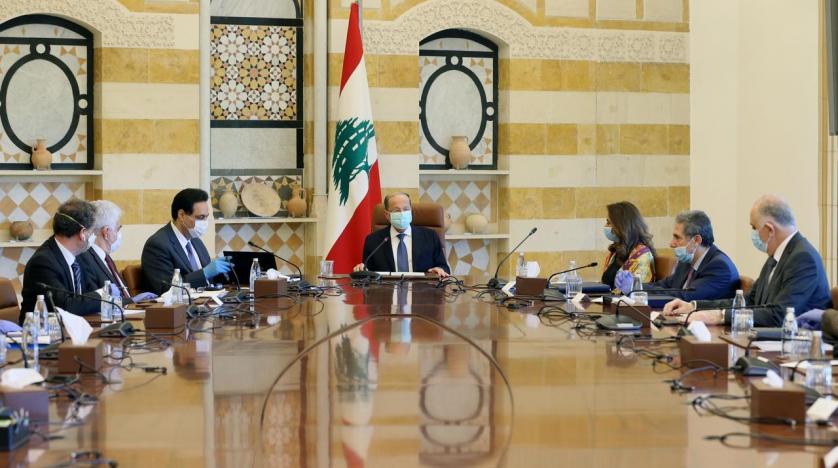 Lebanon’s economic draft plan: A bill for the many?

Since the new government headed by Prime Minister Hassan Diab took power towards the end of January, Lebanon’s financial situation and currency crisis has grown exponentially worrying for much of the country’s working class.

On October 17, the country witnessed a national uprising which encompassed a wide variety of demands and brought down the Hariri-led government. The protest movement climaxed as anti-bank riots surfaced throughout the country following unfair capital control procedures.

While the country has been experiencing continuous economic downfalls for a decade, including but not restricted to recurrent deficits in its fiscal operations and balance of payments, recent developments related to the global pandemic and the government’s Eurobond default have further exacerbated the issue at hand.

One would be naive to suggest that all sections of society are to be equally affected by this gruesome reality, particularly on the level of health. In truth, measures to restrict lower income taxi drivers and helpless street vendors cannot but take a class dimension.

Taking note of these troublesome indicators, alongside the shaky situation of the banking sector in the midst of a crisis most harmful to those living off of their daily work, what answers does the leaked government draft plan offer till now?

As have many intra-elite conversations demonstrated, the government draft first and foremost puts forward an acknowledgement. It emphasizes that our current crisis is a product of an economic system heavily reliant on large foreign currency inflows in a rent-based economy.

In other words, the country largely directed its inflow towards domestic consumption and profitable yet unproductive sectors, namely real estate and banking. No effort to create an export-oriented economy able to adapt to the regional and political shocks that prevailed after 2011 was pursued.

This acknowledgement predominantly stresses the large interest rates that allowed for an unsustainable accumulation of public debt. Accompanied by large budget deficits, the draft claims that this debt-inducing model has paved the way for the fiscal crisis the government now faces.

The draft further admits that the Central Bank’s balance sheet noted embedded losses largely due to “loss-making” financial transactions operated by BdL. While BdL later released a statement in response clarifying that Central Banks around the world have used these methods, its employment of these operations for over two decades proved incredibly risky.

These acknowledgements however do not tackle the culprits of the model –whether on the level of fiscal or monetary governance– nor do they outline its winners and losers. They are ultimately class-blind and/or apolitical acknowledgements.

Despite these acknowledgements, Lebanon’s technocratic government’s emphasis on the “poor” governance of its predecessors is rooted in the glossary of an aggressive structural adjustment program championed by the IMF and the World Bank. The alternative to “poor” governance is, in reality, “no” governance.

“Liberalizing” the telecommunications sector, “enhancing competitiveness,” “rationalization” of salaries and benefits, reduction of so-called “ghost workers,” and the removal of “non-essential” positions all signal a direction towards selling the state’s (in principle, the society’s communal) assets to private companies.

“On a financial level, how would the company [within a private-public partnership framework] garner profits priced in US dollars or any other foreign currency noting our heavily deteriorating balance of payments?” researcher Dr. Roland Riachi told Beirut Today.

“Rolling-out the state is already commonplace in Lebanon; how can we pursue to empty it further noting the lack of technicians and civil servants within our institutions?” he continued. “The very concept and idea of public service is to contribute to society, in a sense that our public costs must correspond to be and be covered by fair and progressive taxation. Profit shouldn’t enter the equation.”

In the draft, a tight fiscal policy is championed as one that would “benefit” both our budgetary situation and balance of payments, since less wages and government spending would reduce the demand for imports, or reduce basic and necessary consumption.
Alongside administrative reform, the government plans to implement an increase of VAT on luxury goods from 11 percent to 15 percent. However, one cannot accurately designate what the draft means by luxury goods, which could perhaps include products regularly consumed by the average working class population.

Most importantly, the draft provides a detailed roadmap through which the official exchange rate is projected to increase to 2,929 by 2024.

This is particularly disastrous for much of the population earning their relatively low wages and from precarious sources of income in the local currency. Since much of our products are imported, this manifests in an increase in cost of leaving, such as the cost of education.

“After a lot of pressure from students, media outlets, and general public opinion, AUB mentioned it will be pricing the tuition of Lira income earners at the official exchange rate. However, the statement of fees still prices all costs in the dollar currency,” said student and activist Marianne Touma.

“At this stage, following this draft plan leaked from the government, whatever has been prior discussed won’t matter since the official exchange rate is directed towards a depreciation, henceforth affecting all Lira income earners amongst the student body.”

Are there signs of progress?

“Progress” can be a tricky term for such a draft plan for two reasons: application, and the fact that very few numerical thresholds and concrete projections are specified.

On the fiscal level, the draft has suggested creating a social safety net by distributing cash transfers to around 200,000 households; it also proposes, at a second stage, tax increases on corporations, capital gains, high salaries, and high interest income.

As the recent distribution attempt of cash transfers demonstrated, implementing these fiscal adjustments is often stalled by bureaucratic procedures and political considerations.

On the level of the financial sector, a controversial idea has surfaced with regards to adjusting the losses in the banks’ balance sheets by two means: writing off some of the debt owned by shareholders, and forcing an “exceptional contribution” from “large” depositors.

In truth, while this may be considered a step forward with regards to restructuring the financial sector, the plan fails to offer a delimitation of who constitutes large depositors.

“We are now in the midst of a painful struggle concerned with redistributing the past and potential accumulated losses; the balance of power is still tilted towards the interests of the oligarchy,” writes influential journalist and dissident Mohamad Zbeeb.

On one hand, this has raised alarming concerns amongst small to middle-sized depositors with regards to what may happen to their $100,000 – 200,000 savings. On another hand, the unclarity gave sectarian politics the opportunity to capitalize on popular fear and score empty platitudes against any form of haircut, arguably protecting large depositors in the process.

In truth, ambiguous notions around “progress” are problematic and troublesome when not accompanied by a larger structural economic transformation.

In the words of economics analyst and writer Ali Nour, “Nothing in the plan suggests a productive change in the way the economy functions. The roadmap is tailored to offer guarantees to the IMF and those lending the government.”