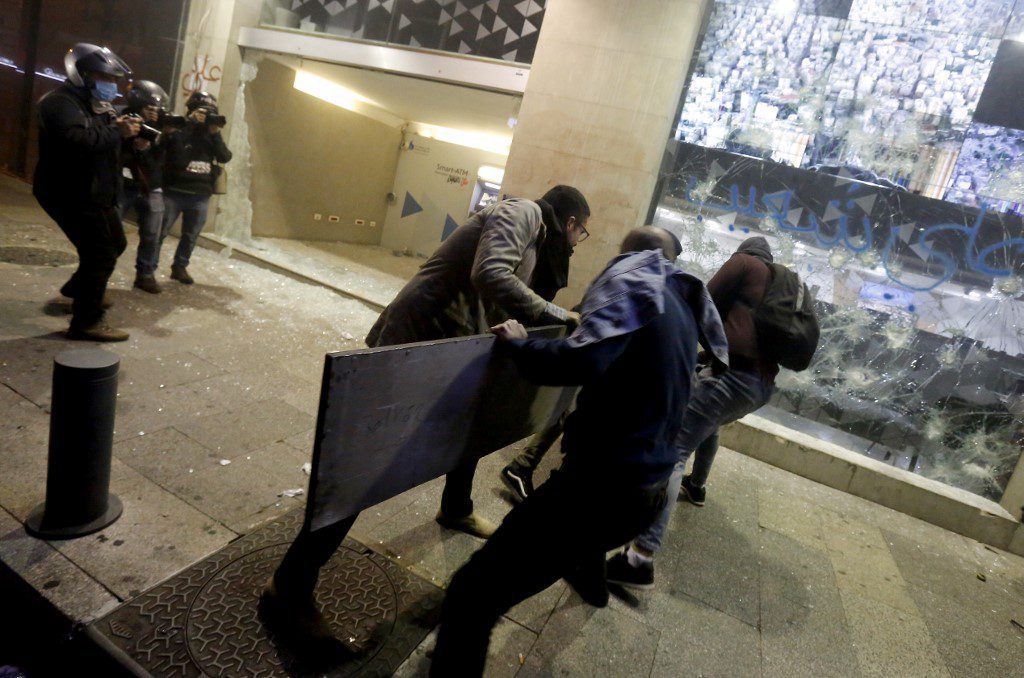 How the Lebanese economy came crashing

By all standards, Lebanon’s economic situation is at its worst since the end of the Civil War: The banking sector is short on liquidity, a government default is only a matter of time, and the Lebanese Pound already lost more than 40 percent of its value in six months. As officials scramble for solutions amid social unrest, the chances of avoiding a total collapse of the country’s economic system seem grim.

For a country that was regarded as one of the only safe havens for global capital in the midst of the 2008 financial crisis, such a collapse a decade later seemed far-fetched. Lebanon was always hailed for its solid banking sector and its stability amid regional political uncertainty.

Nevertheless, a return to the late 2000s economic status quo seems very unlikely and the end of Lebanon’s economic exceptionalism has never been so obvious. As the economic situation worsens by the day, questions arise on how the Lebanese economy came crashing and if we have witnessed the worst of it yet.

Since the end of the Civil War, Lebanon sustained a financing model that sets it apart from most, if not all, countries in the world. Lebanon, unlike other economies, acquires only a small portion of its foreign currency holdings by exporting goods it locally produces: The country ranks the worst in the world with regards to its current account balance as a percentage of GDP. So how does Lebanon finance its consumption? And how does it acquire foreign currency?

The largest part of foreign capital inflows to the Lebanese economy comes in the form of remittances from Lebanese expats, most of whom reside in Arab gulf countries. These inflows approximately amounted to $7 billion in 2018, or around 12 percent of GDP.

Given the very high levels of unemployment in the country, it is common for people to emigrate seeking better opportunities and send money back to their families, to the extent that Lebanese policy-makers came to rely heavily on these inflows to finance the economy.

Remittances are very important for state finance, with the government indirectly appropriating part of these inflows. As remittances tend to increase consumption, the state seeks to appropriate part of incoming remittances by taxing consumption. Almost 42 percent of all government revenues between 2003 and 2018 came from indirect taxes.

The rest of all incoming capital inflows comes in the form of foreign direct investments and deposits of non-residents in the local banking sector. These investments end up mostly in the real estate sector, either for speculative purposes following a real estate boom in the late 2000s or as purchases of luxurious apartments by the Arab Gulf bourgeoisie and some Lebanese expats.

Non-resident deposits on the other hand are usually attracted by high interest rates and the easy convertibility of the Lebanese Pound to the US dollar with a fixed exchange rate.

Most of these inflows, either directly or indirectly, end up in the local banking sector, which eventually ballooned to over 300 percent of GDP in 2017. A study published by the World Bank in 2012 shows that a one percent increase in foreign financial flow boosted bank deposits by one percent between 1990 and 2010.

Since taxation is usually unpopular, seeking bank credit was the easiest solution to any liquidity problems for Lebanese policy-makers. As long as foreign inflows were coming in, credit would be available to fund government expenditure without significantly raising taxes.

As such, economic policies were solely geared towards attracting foreign capital inflows while debt levels were of secondary concern to policy-makers, who argued that the debt to GDP ratio would remain stable and incoming financial flow would spur economic growth. But neither did the economy grow, nor did the debt to GDP ratio remain at sustainable levels.

Economic policies to the benefit of the few

Economic policies of the post-war period were aimed at attracting financial flow, and not necessarily geared towards creating economic growth. They tended to promote non-tradable sectors that produce only small numbers of low-skill and low-paying jobs.

The dollar peg and the resultant high interest rate policy put a big strain on domestic tradable sectors like manufacturing and agriculture due to the high cost of borrowing and the lucrative revenues from interest rates on capital, which shifted resources towards bank deposits.

Such policies created unproductive forms of economic activities, as depositors sought to enjoy revenues from high interest rates without investing in other sectors that would create jobs. On the other hand, banks would mostly lend to the government with very high interest rates, reaping enormous profits and leaving the government with little fiscal space to invest in the local economy.

Such policies left the economy with a booming banking and real estate sector at the expense of other productive sectors that could produce more jobs and improve the country’s balance of payments deficit by increasing the export of goods.

But for policymakers, the lack of jobs was not necessarily a cause of concern. It would encourage the emigration of Lebanese workers, who would eventually bring back foreign currency to fund the economic model and increase government revenue and credit availability. Thus, Lebanon’s economic model could only be sustained with the emigration of Lebanese workers, and the political class made sure that this model benefited them, the rich and the banks.

The reliance of the Lebanese economic model on foreign capital inflows is so important that any drying up of such inflows would put the model in jeopardy. This is why the model came crashing. While economic experts generally agree on the assessment of the problem, underlying reasons are generally overlooked.

Lebanon’s economic slowdown started almost 10 years ago, a couple of years after the 2008 global financial crisis. One of the aftereffects of this crisis was a drastic decrease in the price of oil, which slowed down growth in the economies of the Arab gulf countries.

Regional oil wealth was shown to be closely tied to an increase in deposits in Lebanon’s banking sector, and a decrease in oil prices is the main reason why capital inflows slowed down since 2010. While remittances used to make up around 23 percent of GDP between 2002 and 2008, this figure declined to 12 percent in 2018.

With a decrease in incoming capital flows, government revenues from indirect taxation steadied, and bank credit that could have covered government expenditure became less available. Coupled with a closure of the Lebanese/Syrian border in 2013, a dip in exports only made matters worse by increasing the country’s balance of payments deficit.

Fast forward to 2020, the constant stalling and lack of action of the current political class set the country up for what could be the worst economic downturn in its history, and they’re the ones who should pay the price for it.