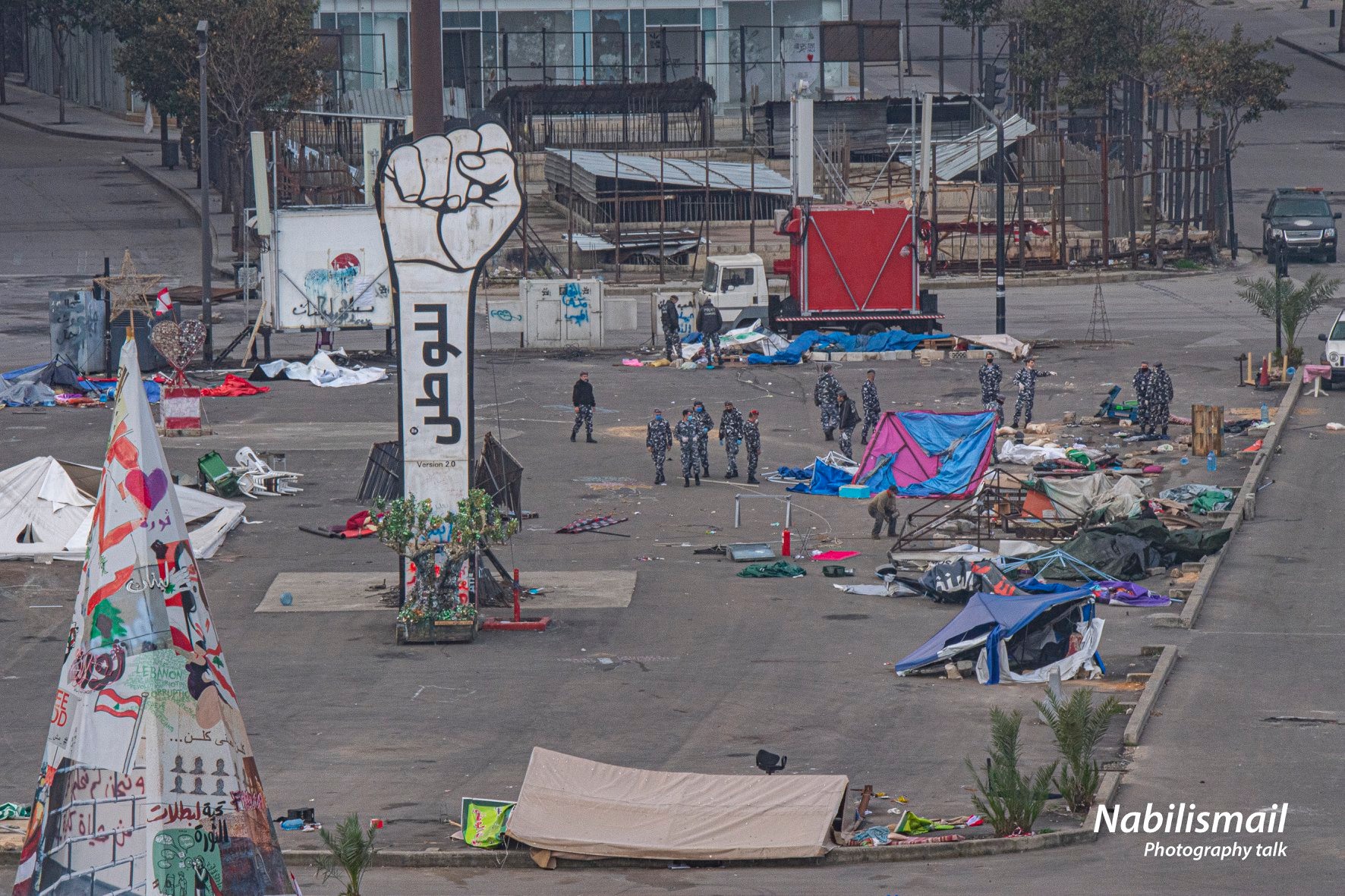 COVID-19 has gone from being a global health pandemic to becoming an economic threat as parallels continue to be drawn between its economic fallout with that of the great depression. To top this off, now the virus has successfully upended world democracies –and in some cases to no return.

Democracies in Europe as well as the rest of the world are under threat of the pandemic as countries enforce unprecedented measures to combat the virus. Authoritarian regimes on the other hand have used this global health crisis as an excuse to clamp down on liberties.

Under the pretext of combating the spread of the virus, feeble and unstable democracies are naturally under a much greater threat compared with full-fledged democracies in the West. The Arab World in particular and its peoples are to suffer the most.

Daily reports are ripe with incidents of internet surveillance, arrests and abuse of power by security forces –not to mention the hundreds of prisoners of conscience that authorities refuse to release despite growing concerns voiced by human rights organizations amid rising fear of a coronavirus outbreak in overcrowded and unsanitary prisons. Leaders in the Arab world have mounted a war against this virus, whereas the only thing they seem to be fighting against is their own people in a never ending effort for a continued power-grab aimed at curtailing freedoms as well as civil and political rights.

In states with little to no transparency, the numbers can always be manipulated.

Such is the case in Egypt, which was accused of underreporting the cases of infected people, leading Guardian reporter Ruth Michaelson to being threatened with a military trial and expelled from the country after breaking the story that challenged the official count. Would it not also hold true that an over exaggeration of the numbers could also do the trick? States may entertain an overplay with factual data, so as to give their leaders exceptional powers to rule indefinitely in the name of the fight against the virus.

Blowing the numbers out of proportion would also serve to vindicate the imposition of strict “pandemic-related” measures, providing an embedded justification for the heavy-handedness of the security apparatus, including against those “endangering public health.”

Lebanon has been reeling from an economic crisis long before the outbreak, which was exacerbated by the global economic implications from the outbreak. An inflated sense of uncertainty and urgency leaves little room for dissent as people become so overwhelmed with this new-found enemy while their number one priority becomes that of survival.

As the state owns the narrative, it can easily manipulate public opinion, thus enforcing a reality that can only benefit those in power. Keeping nations alert and up on their feet against a disguised enemy that is everywhere as well as nowhere makes them strive for nothing but staying alive. This state of perpetual battle for survival leaves no place for dreams and aspirations, blurring the lines between reality and fiction.

A state of emergency doesn’t allow much for freedoms, forcing the nation to remain stuck in a perpetual state of war.

It puts the instinct of staying alive before anything else, which brushes aside peoples’ fights for rights and freedoms. It also sets a lower bar for regimes and its people alike to hold themselves to. Take Lebanon for instance: Do you hear anyone calling anymore for the independence of the judiciary or for broader political or civil freedoms? The state has taken full control over when a citizen can move and when not, over freedom of movement, which puts on hold freedoms of expression as collateral damage.

This and more is done in the name of public health emergencies, which ironically enough does echo other forms of precedening emergencies –national security? Rings a bell?

While the threat of the virus is something to reckon with, undermining democracy under the pretext of a pandemic is not only unethical but exploitative of nations whose sacrifices have been enshrined in the history of political struggle of these nations.

The threat to the health of democracy poses a great deal of concern even in Western democracies. 13 EU member states have issued a statement saying they were “deeply concerned” over the use of emergency measures to tackle the coronavirus outbreak. They added that while it is legitimate to use “extraordinary measures,” some powers could threaten “democracy and fundamental rights.” Hungary, Slovenia and Albania were definitely on their mind as they mounted their criticism. But now imagine the kind of list that would emanate if we were to put together a list of “special measures” introduced by Arab states in the time of the coronavirus. How would it look like and which Arab states would have the credibility to draft it?

Imposing stringent measures to flout democracy poses an even greater threat in the Arab World as the fight against the pandemic becomes an excuse for crackdown on dissent, clampdown on freedoms and an abuse of power in countries with a long standing human rights violations. October of last year was a watershed moment for Lebanon in its fight for freedom. The country had witnessed unprecedented cross-sectarian protests against corruption, cronyism and sectarianism, which led to the resignation of the government following calls for an overhaul of the regime.

Years of corruption and mismanagement led people to take to the streets in a show of unity against sectarian party leaders. The country was riding an unprecedented wave that defied traditional political ideology, which has been previously played along sectarian lines. The revolution was in the limelight, TV stations were broadcasting LIVE and political shows were dedicated to discussing the fallout from this significant event in Lebanon’s history. And despite certain setbacks to the revolution a little before the outbreak of the virus, the revolution was still in the making.

As the country grapples to deal with the health and economic impact of a global pandemic, who dares think about regime change?

People’s main concerns have been reduced to a minimum. People revolted against the economic situation which was on the brink of collapse, now all people think about is how to sustain themselves throughout this health crisis. However, this restraint is dangerous as it puts regimes at a greater risk once the outbreak is contained. Until then, states’ grip on power shall grow and their willingness to relinquish that extra power is going to be the next battleground to fight. Earlier this month, Internal Security Forces  dismantled the sit-in tents in Downtown Beirut over fears of COVID-19, ending their five-month placement.

The camps did not pose a threat to public health but were left with a handful of people as a symbolic statement to pressure the government into adopting political and economic change. As the Minister of Interior denied it was aimed at the protest movement, it was seemingly framed as a good gesture on part of the government as it goes to reflect its uncompromising stance on enforcing public health measures with an iron fist, for the greater good of the general public.

Fighting for life strips citizens of the right to ask for other equally-important rights.They recede to becoming less of a pressing need while they fight for the bare minimum, even more so in poor countries with absent states and overstretched resources.

In times of national emergencies, citizens’ drive for providing basic commodities becomes the premier driver for a living. This is worrying particularly for developing countries where there’s little to no regard for human rights. Regimes will bring the whole nation to its feet by externalizing the war against primary enemy COVID-19. It does so with the aim of terrorizing the population. Regimes project themselves as the sole savior of the nation –only to further consolidate their grip on power.

Whether it is imposing curfews, introducing lockdowns, or even inviting the army onto the streets to maintain law and order, controlling the nation takes different shapes and forms.

It could walk the extra mile to the point of terrorizing the nation with inflated or deflated figures or simple actual figures. These are just a few among a long list of unprecedented measures taking root in the Arab World. Their significance stems from the fact that they are propagated by states with little trust amongst its citizens, little regard for the rule of law, poor mechanisms for accountability and minimal trust among the international community. It is especially in feeble democracies that such measures bring an air of uncertainty and unpredictability around it.

Terror is the new weapon. Pity a nation whose news bulletins have been reduced to one major health report after another. Pity a nation that is being run by a parliament that is reflective of its ruling class but not its people, and by a cabinet that has put aside its affairs to the curb while they “manage” this global health crisis.