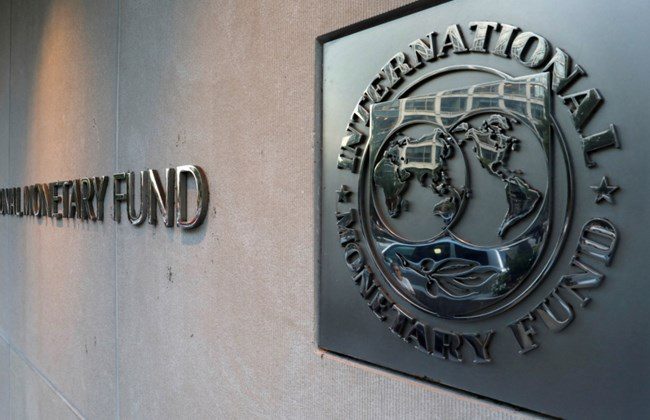 While some experts are heralding an International Monetary Fund (IMF) rescue package as the savior of the Lebanese economy, information from a source close to the IMF made available to Beirut Today suggests it is highly unlikely the process of acquiring a loan would be completed in the upcoming months.

Lebanese officials need to find other urgent solutions for the looming $1.2 billion Eurobond that matures on March 9, and the $700 million and $600 million the country owes in April and June respectively. The IMF officials meeting Lebanese politicians tomorrow are only part of a small advisory mission gathering data, listening to information, and formulating a preliminary opinion, according to the source.

The source also revealed that Lebanon has not formally requested technical assistance nor an official loan process. Meanwhile, Lebanese President Michel Aoun expressed the organization will “provide its technical expertise in setting up a plan” that can rescue the Lebanese economy.

Lebanese officials must formally vote to apply for aid

Technical assistance from the IMF comes in the form a grant that offers the government consultation and assistance resources to help them forecast financial scenarios and macro-economic modelling.

Once the current mission is concluded, the recently-elected cabinet must formally vote on adopting their advice and asking for technical assistance or a loan from the IMF. The internal voting process itself is long, considering the formal request for a grant must go through the Council of Ministers, the President and Parliament. Even if Lebanese officials quickly vote to ask the IMF for a loan, the loan needs to be negotiated with more IMF missions.

The source close to the IMF also said the loan is not automatically guaranteed, but has to be voted upon by the IMF’s executive board. Voting on loan allocation within the IMF is based on countries who own shares in the IMF. Notably, the United States owns around 17 percent of the total votes, Japan and China each own around 6 percent, and Germany owns around 5 percent.

The process of acquiring an IMF loan, according to the source, could take between six months and a year if Lebanon passes all the requirements.

The source expressed serious concerns that need to be addressed before the International Monetary Fund considers supporting Lebanon, with the first revolving around the resentment present within the IMF regarding the accuracy of data provided by Lebanese government and banks. The IMF relies on its partner governments to provide accurate data, and is skeptical of the data provided by Lebanese officials, mentioned the source.

The source also said that the IMF loan would be conditioned on a simple question: Is the government able to pay back, and in foreign currency? They pinpointed Lebanon’s current loan maturities –the Eurobonds– as another concern within the IMF and the World Bank.

Lebanon currently owns $5 billion in loans due for payment this year and $6 billion due for payment next year. The due debt and current economic structure, said the source, suggests that lending money to Lebanon is unsustainable according to the IMF’s preliminary assessments.

The IMF would demand serious restructuring with difficult conditions to validate the debt will be sustainable enough for the government to pay the organization back, confirmed the source. They prioritized reforms to the electricity sector, current debt structure, and high interest rates with banks and the Central Bank. The source also mentioned cuts to public sector wages and pensions, higher taxes, raising fuel prices, and some form of privatization.

The source stressed that the IMF does not impose any conditions, but rather provides the menu of solutions that existed in other countries. They also made it clear that it is up to the government to decide what goes in the loan proposal, an agreement between two partners that does not have to go through if one does not agree.

For Lebanon to even receive an IMF loan, it needs a strong and capable government to negotiate and prioritize reforms that would be accepted by the majority of the population.

Other donors are waiting for the IMF’s decision

In what is described as a “domino effect,” the source revealed that the World Bank and other individual donor countries are waiting for the International Monetary Fund’s decision. If the IMF agrees to offer Lebanon technical assistance or a formal loan, other organizations and countries would consider offering aid.

Lebanese officials, however, need to figure out other solutions for the upcoming sovereign debt maturities because it is highly unlikely that the IMF would make a quick decision regarding the loan.