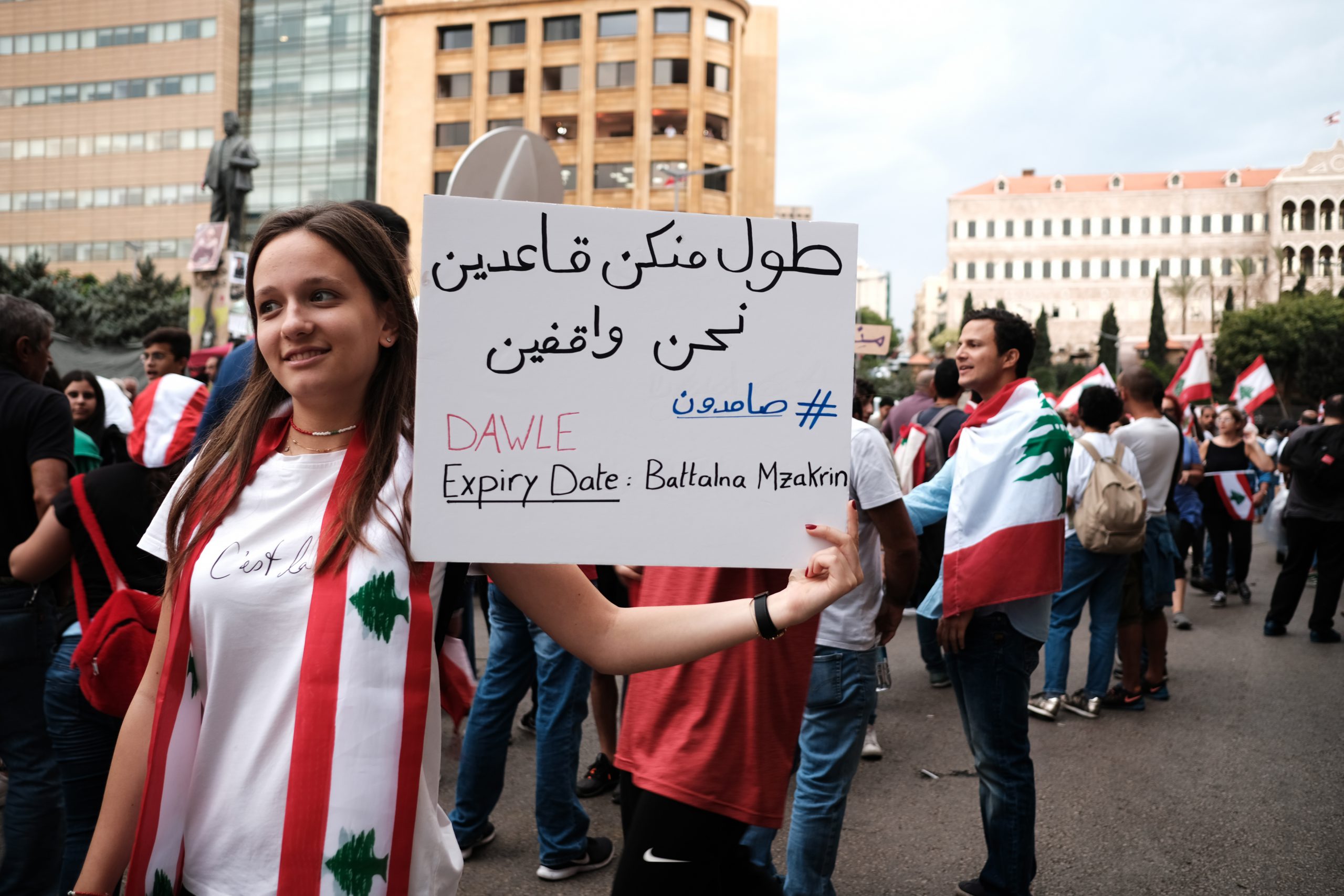 International College: Microcosm of Lebanon’s Revolution and Its Precursor

Our school, International College (IC), lit the revolutionary flames in our hearts long before the 18 October revolution of 2019 by creating a free space for non-sectarian mingling. Although an elitist school attended by the children of privileged segments of Lebanese society and Lebanese expatriates par excellence, IC instilled in its students an understanding of social justice, equality, human rights, gender roles and ethics that were not dictated by sectarian parameters. It encouraged out-of-the-box thinking and secular modes of expression standing out oddly in the sectarian regime of Lebanon.

At IC, we found high school dates and love in partners who were from other sectarian affiliations; this brought Muslims, Christians and Druze of various denominations in emotional and social bonds hardly acceptable in a sectarian society like Lebanon. Some consummated this partnership in a civil marriage arrangement, which dawned defiantly on the sectarian political landscape.

Gazing outside our school fence, we saw a world thirsty for change. Naive thinking made us believe that change can be achieved quickly.

In hindsight–and today as an International College alumnus, we have a dream for a secular Lebanon free of the corrupt mechanisms of the conventional political elite. Some of these corrupt elite are fellow alumni, but it is their modes of creating submissive political subjects and mobilizing communities based on extensive rewards that we reject.

I call for the adoption of a mandatory secular personal status law, which obliges all Lebanese citizens to marry, divorce, and inherit based on a clear civil code—one that does not relegate women to inferior status. Those who wish to top-off their marriage with a religious ceremony for the spiritual blessing may be free to do so. Yet, our state should no longer recognize any other personal status law.

Of course, women should be treated as equal partners in every nook and cranny of social, political and economic life. Society must not tolerate the marginalization of women in the banking sector, business, economic activity as well as political life. The myth of positions exclusively reserved for men should be clarified once and for all. Yet, defying this patriarchal system comes not without obstacles.

Lebanon’s economic model that is skewed in favor of the financial and hospitality sectors at the expense of productive sectors should wither away with the introduction of policies encouraging investments in industry, tech incubations, and a wide array of services in the knowledge economy. Our politicians should renounce their rumored control of major investments and initiatives because information linking them or their cronies to such projects now exist widely.

On various occasions, I was privy to talks with various current and former Lebanese Members of Parliament and government ministers from across the political spectrum and world bank employees who confirmed Lebanon’s need for antitrust laws for private investments to preclude the formation of monopolies.

Monopolies crowd out investment, engage in the detrimental practice of price fixing and diminish competition resulting in the delivery of shoddy goods and services. Lebanese cartels distributing gasoline, wheat, medicine–and the infamous duopoly of MTC and Alpha in the telecoms sector– testify to this draconian economic reality.

The private and public sectors ought to consider pay hikes in line with annual inflation rates. Indexing wages to inflation renders employees’ pay-hikes a periodic adjustment measure, instead of a demand leading to large-scale socio-economic collision. These cascading issues culminated in the 18 October revolution.

Lebanon’s sovereign wealth extracted from the sales of prospective natural gas drilling should be utilized to transform it from an import-intensive to an export-oriented economy, retain talent through job creation to decrease the brain drain plaguing the Lebanese political and economic scene, provide credit in the form of low interest loans for Lebanese youth who struggle to finance the rising costs of higher education, promote research in a number of industries that may generate profit for the country (that is the field of information technology, industry, and agriculture), and establish incubators such as a fashion and design city, information technology city, and compounds for other research-intensive professions that would be offered to startups at below market prices to boost the Lebanese economy.

In a country where 0.3 percent of the population owns 48 percent of the wealth, as per the 2014 report by retail bank Credit Suisse, tremendous efforts to achieve a more equitable distribution of wealth than the current economic reality should occur.

Growing up in Ras Beirut, attending its schools and universities and making genuine friends– some of whom I could call brother/sister, never positioned me as sectarian. I am glad that the rest of the country finally reached what we may call an awakening and joined our high school revolutionaries.

Much work awaits us, especially the metamorphosis of a failing economic model. But with more secular minds joining us on the graduation podium, this dream should become the glimmer of light in the rise of a new dawn for Lebanon.