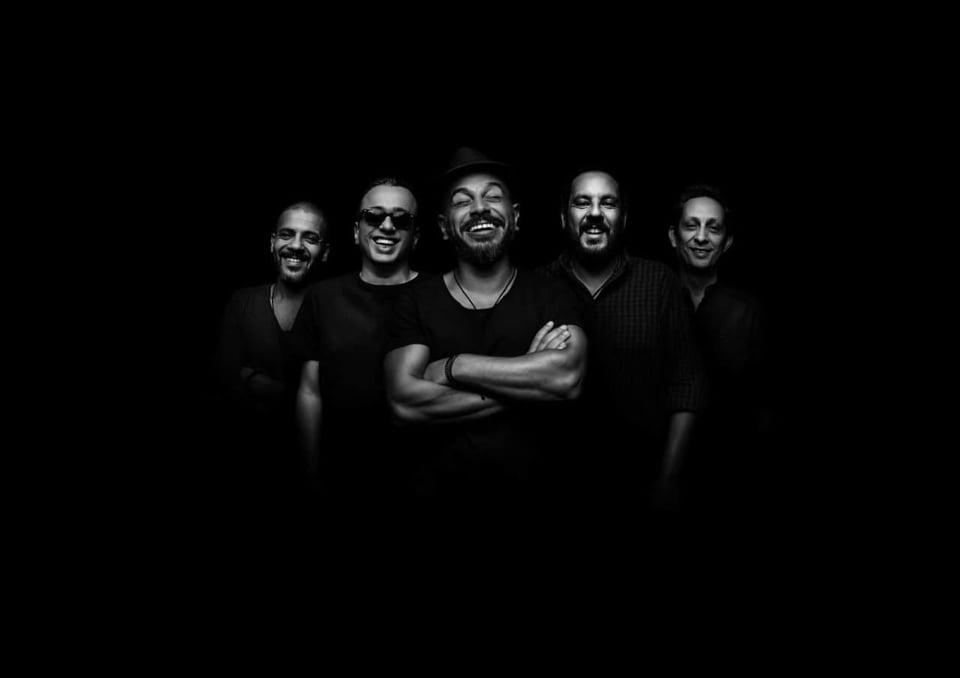 On Egyptian Rock N’ Activism: We talked to Massar Egbari at their Beirut concert

Five Egyptian musicians walk into Bayt Em Nazih and set the crowd on fire with their unique blend of rock and social activism. Massar Egbari, in true spirit to their name, elicit an almost-compulsory response from their Beirut audience: singing and swaying along.

While Cairo has stood the test of time as the cultural capital for artists in Egypt, a number of bands are rooted almost 220 kilometers away in the ancient city of Alexandria. Among them, Ayman Massoud (keyboards), Hani El Dakkak (guitar and lead vocals), Ahmed Hafez (bass guitar) and Tamer Attallah (drums) launched the group Massar Egbari in 2005, later joined by Mahmoud Siam (guitars) in 2008.

Since then, Massar Egbari –which means compulsory detour– has used a mix of rock, jazz, blues and oriental music to reflect on the social problems that fans across the Arab world can relate to.

As the band discusses the intercultural and artistic connections between the two cities, drummer Tamer Attallah highlights Sayed Darwish as one of the prominent Egyptian singers and composers who were born in Alexandria and also performed in Beirut.

A lot has changed since Massar Egbari’s start: Three successful albums, international performances, several prizes including being named the “Young Artists for Intercultural Dialogue between the Arab and Western Worlds” by UNESCO in 2011, and settling in Cairo despite their attachment to Alexandria.

“Moving to Cairo was an essential step,” says Hafez. “Cairo is the hub. You get even more motivation from the music and life there.”

New influences and musical growth equate to new sounds and lyrics, but the underground music veterans have maintained the critical spunk that they’re known for.

“We talk about the human being in the society,” explains Hafez. “In the beginning, we used to focus on the society, like in the song E’ra El Khabar (Read The News), but time after time we’ve dedicated more attention to the self.”

“Salah Jahin was able to look into the self and into life in a deep, philosophical way,” shares Hafez. “And then he could address people linguistically in a very simple way using the Egyptian dialect. That is how his work inspires us.”

They speak enthusiastically, whole-heartedly sharing their inspiration and history in the same way they share their music around the world. Equally, fans from different countries welcome their music with emotional fervor. This month, it was Beirut. Then it was Amman. Then it was Egypt. Tomorrow it’s at the Orientalys Festival in Montreal.

“Massar Egbari is very special,” shares Ahmed, one of the fans attending their Hamra concert. “Lebanese people love their songs because they touch our hearts.”