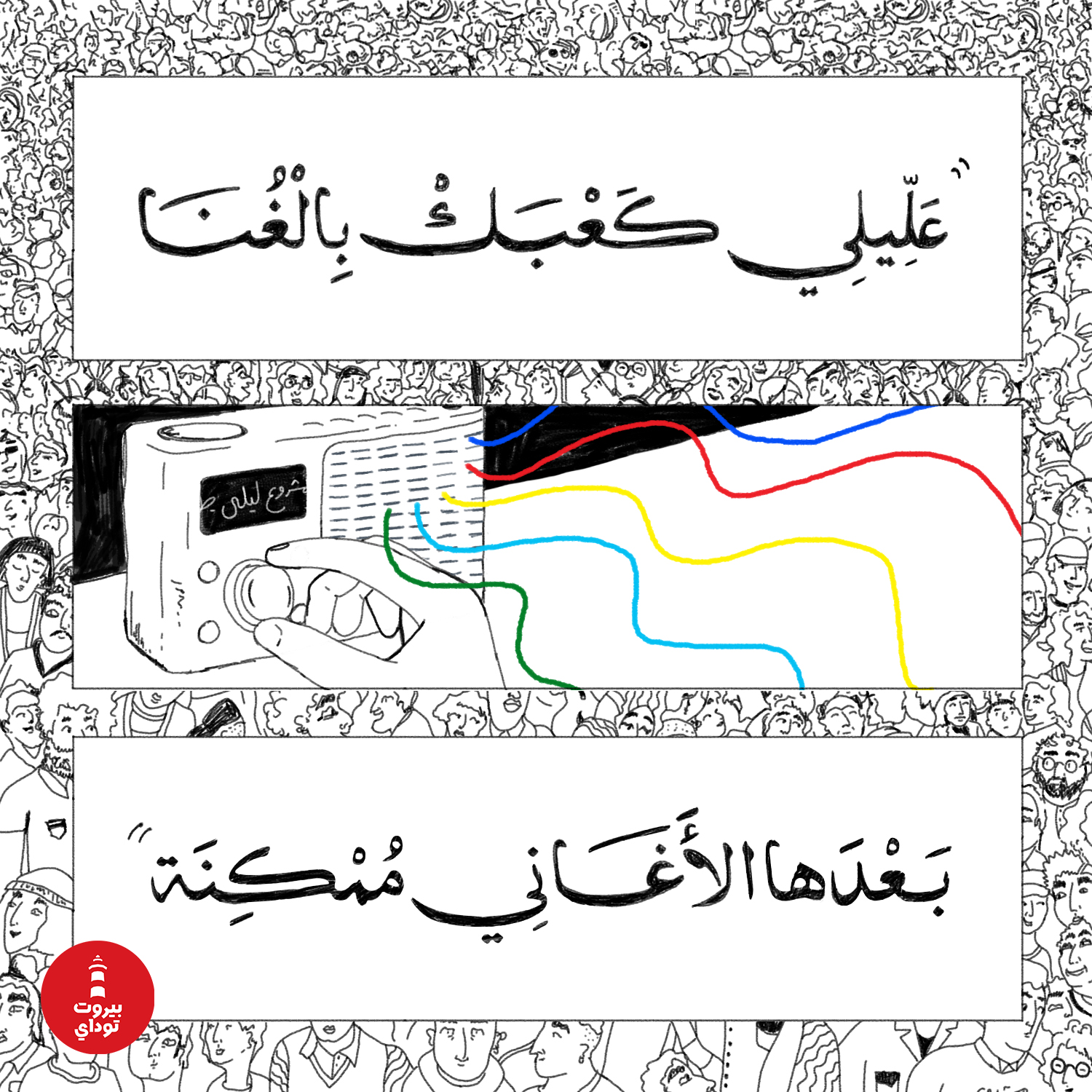 Thousands stood in solidarity with Mashrou’ Leila, following the cancellation of their concert at the Byblos International Festival, through a night of collaborative performances organized in 10 days by a small group of activists.

The performances, which took place in the Aresco Center Palace on the night that Mashrou’ Leila was supposed to perform, brought together more than 30 local acts from various backgrounds to support the freedom of expression under the slogan “Music Is Louder.” From metal and stand-up comedy to opera and live-drawing by Samandal comics, the variety in performances goes beyond solidarity with Mashrou’ Leila but partakes in deep critique towards a system that forces the cancellation of their event for fears of bloodshed.

The event was organized in the name of freedom for all, a form of resistance to violations against different human rights. Along with LGBTQ+ flags, Palestian flags were also raised, even a banner that read: “All the civil, economic, and social rights for Palestinian refugees.” Although showing solidarity with Mashrou’ Lelia does translate to a support of the LGBTQ+ community and an opposition to Lebanese sectarian system, these notions were more than just implied but made loud and clear.

Ziad Itani, the Lebanese playwright who was wrongly-convicted of spying for Israel and described being tortured by authorities, delivered powerful and emotional statements on stage. Itani voiced the pride he felt seeing the traffic leading up to the venue, in comparison to the silence he faced when his own freedom was taken away. Around 2,000 attendees crammed themselves into the concert hall, and more stood outside.

On stage, organizers also announced that they had spent more than $3,000 to put the event together but that they had managed to pool together the amount in donations from the public.

Why a concert is not enough

Undoubtedly, the event successfully mobilized a large audience in solidarity with Mashrou’ Leila and the freedom of expression. While being a part of the event feels like a victory in itself, it’s easy to confuse mobilization with actual change and to forget the largeness of the actions and laws being protested against in the first place.

The Mashrou’ Leila incident brought the censorship that takes place in Lebanon to light, bringing consciousness and awareness for the general public.

Mashrou’ Leila is not the first band to suffer at the hands of religious authorities and the government laws that use them for guidance on censorship, nor will it be the last one.

It is important to remember that those advocating for freedom of expression, for LGBTQ+ rights, for Palestinian rights, and for other causes, are a minority. What happens when the music stops playing? Will the sound of oppression come creeping through?

Calling for change is essential. Better laws need to be implemented, and the system needs to change. On stage, artists at the “Music is Louder” event made it clear that that they were fighting for their own freedom of expression and not just for Mashrou’ Leila.

“We don’t want facism in the Lebanese Republic,” shouted Lebanese metal band Blaakyum’s lead singer, Bassem Deaibess. Today, the forcible suppression of art in Lebanon happens on a regular basis when religious or political authorities deem any work as immoral, disrespectful to religion, disturbing the public order, or offending to public sensitivities. What exactly falls under these labels remains vague.