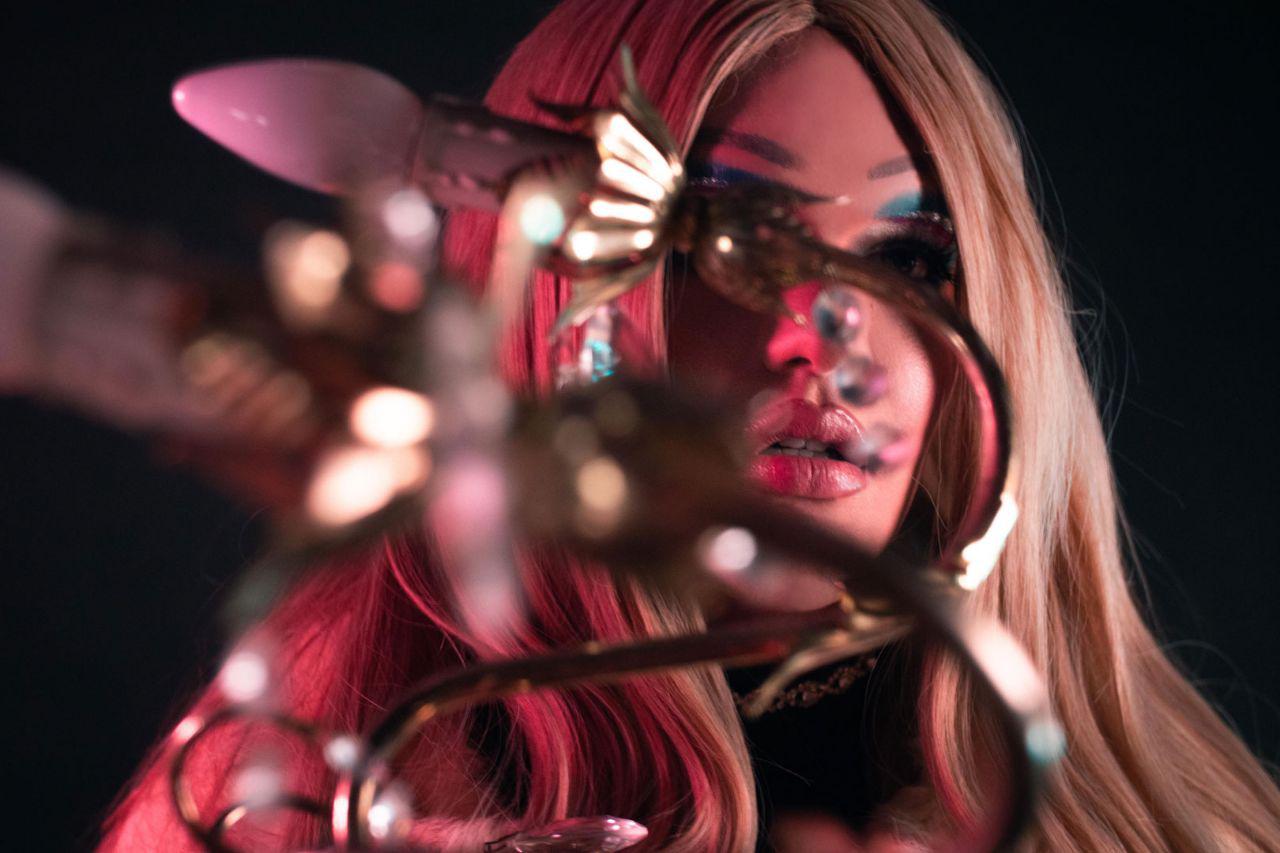 It’s as though “Abu Abed is transitioning,” joked Evita Kedavra.  The charming Lebanese drag queen took the stage dressed as the infamously-fumbling Lebanese character, but with a full face of makeup. Her entire personality hinted at a hybridity between Western and Eastern cultures, going as far as integrating two languages as she hosted Helem’s first drag show organized in celebration of International Drag Day last month.

The event not only carried implications of a brighter future for the members of the LGBTQ+ community in Lebanon, but provided a deeper understanding of modernity and Westernization in the Arab world.

The drag queens found ways to integrate different political messages within their performances, merging the art and advocacy that are at the essence of drag itself. These messages ranged from universalities to specific commentaries about the Arab world. The Arab-oriented performances, the heavy use of the Arabic language and clear signs of “Arabness” throughout the entire event, enabled it to become an example of what Arab modernity is.

The West has always presented itself as the epitome of development and modernity, a moving target that the rest of the world struggles to catch up to. To catch up with the western ideal of modernity, various Western formats are adopted in non-Western countries –including left social movements and ideas like drag itself. However, this perspective does not account for Arab agency and the perseverance of Arab culture –a persistence that was nearly impossible to miss at the drag event.

The Nationalization of Drag

Before the stunning Emma Graition won over the crowd with her hope for the Lebanese community, she gave the audience a disclaimer regarding her name.  The drag queen made it known that she had taken up her name to sound like “immigration” as a way of emphasizing the importance of staying in the country. Instead of fleeing the oppression and oppressors, Emma Graition is determined to stay in Lebanon and make a change.

Her performance began with Article 534 of the Lebanese Penal Code, which prohibits sexual relations that “contradict the laws of nature,” being portrayed in the background and ended with her proudly raising and carrying the Lebanese flag.

Although performances such as Graition’s were specifically Lebanese, performances from other parts of the Arab world shed gave the event a pan-Arab feel. The winner of the “Coup De Cœur” (fan-favourite) award was a Saudi Queen who got the crowd chanting “Equality! Equality!” by the end of her performance.

There were also Syrian performers, who delivered a rendition of Mashrou’ Leila’s “Lil Watan” and wrapped their necks in dangling chains as a way of protesting the current sociopolitical situation back home. Even the Armenian community was represented by “Armenian Queens,” as Evita referred to them, like Sasha Elijah.

“In Arabic!” The Persistence of the Arabic Language

Regardless of non-Lebanese performers, the use of Arabic does not only hint at a Lebanese society, but all Arabs societies that share this language despite colloquial differences. Arabic was prominent through the performances, be it in forms of poetry, songs, rap and writings on the backdrop.

From a wonderful performance that purely-depended on Arabic poetry to a rap that ended with screaming “bas ana mawjood” (but I exist), the performers both took elements that have been proudly embraced by Arabs for centuries and integrated elements that echoed beyond imitation to reach the core of what it means to be queer and Arab.

In some instances, the use of the Arabic language was born out of demand. An enthusiastic  audience member screamed “Bel Arabi!” (In Arabic!) when the judges were providing their comments in English, giving off the clear sense that Arab identity cannot and should not be ignored. This is not to say that Arab countries are homogenous, these performances crossed Lebanese borders in more ways than one.

The Power of Arab and Drag

The agency of Arab people is highlighted through the persistence of the Arab culture within one which is often labeled as “Western.” The understanding that the West is not merely culturally colonizing the Eastern world counters a derogatory narrative where Arabs and the rest of the world is passive.

Countering the orientalist images of the Arab world acts as a weapon for Arabs, especially in the post-9/11 era. Although the modern drag we know gained prominence in the Western world, the Lebanese community has not taken it up as a mere imitation. The Lebanese drag community has turned it into its own. This was an Arab drag show, and it should not be mistaken for anything else.

The merger of art and advocacy in this event lies beyond the direct political messages in the performances. It is found within the implicit Arabization of drag. We should applaud Arab drag performers for more than their immense strength and courage, but also for proving the power of the Arab culture and people in the face of a world that teaches otherwise.