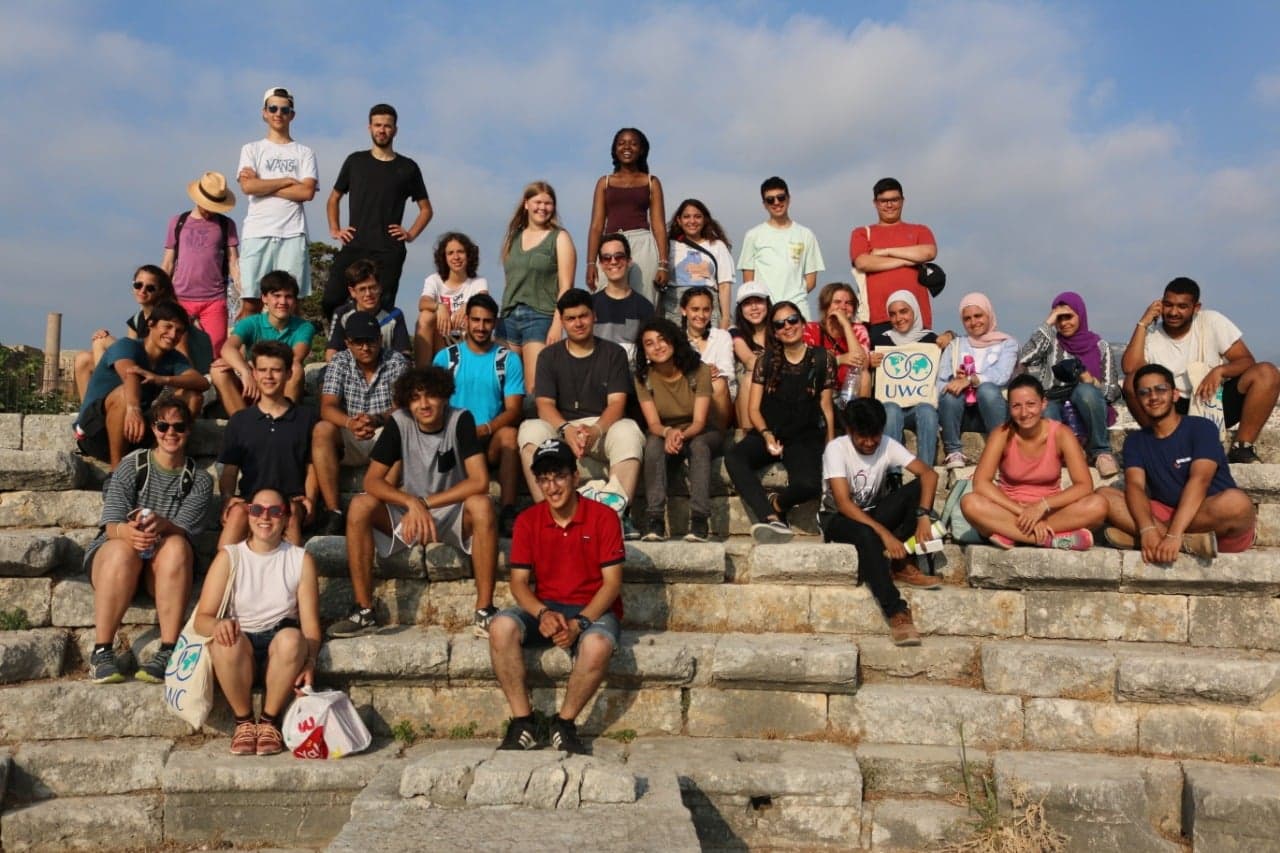 “My life has completely changed since I attended this short course,” Mohammed Akel, a previous participant in one of the United World Colleges (UWC) Short Courses and current facilitator of this year’s edition in Lebanon, said enthusiastically.

As many other young people taking part in this unique international camp, Mohammed’s life took an unexpected turn in 2015. Coming from a Palestinian refugee camp in Lebanon, Mohammed could fulfill his ardent desire to discover the world during that two-week experience. His determination to build a better future for himself and his family, as well as to improve other people’s lives, has further grown since.

After attending the last two years of high school at the UWC Atlantic College, volunteering at a regional NGO working on empowering young people globally, and facilitating this year’s UWC short course in Lebanon, he will later move to the United States and start his degree in Public Health at Brown University.

Mohammed’s story reflects the far-reaching impact of this international camp that sets a turning point for both participants and organizers, despite being an experience limited in time and to a very specific context.

“Everyone who is part of the short course is going through the same learning experience,” Rabail Habib, a facilitator from Pakistan, tells Beirut Today. In the past years, UWC short courses around the world have empowered young people from different countries and socioeconomic backgrounds. Their determination to learn and to make a difference back in their own communities brings them together.

This year and for the second consecutive time, the UWC community in Lebanon organized another edition of this international short course. The course stands as the only one of its kind in the MENA region.

In the quiet mountains near Laqlouq village, 29 students between the ages of 15 and 18 gathered. From July 2 until July 17, they discussed a variety of topics that include migration, identity and conflict resolution under the main theme of “Connecting with the Mediterranean.”

Aside from delving into theory, students take part in debate sessions, creative workshops, outdoor activities, and daily trips as part of the two-week programme adopting an alternative model of education.

“There are two different elements of this alternative model of education,” said Christof Ephraim, a facilitator coming from the Netherlands. “The first is that we have students from many different cultures and countries, which allows them to gain a sense of understanding of diversity. The other one is how we teach here.”

Rather than following a classroom model with teachers and students, both facilitators and participants are exposed to what the facilitator Rabail calls “an experiential learning model.”

“Our role as facilitators is to create a space where everyone can share their experiences, learn from them and then decide what to do with those experiences,” she said.

Workshops are therefore the focal point of each session. Participants engage in topics of discussion through activities and only later they discuss their theoretical elements.

When asked about the takeaways of this short course, 16-year-old Dany Khaled from Lebanon explained the importance of finding a safe environment to share ideas and reflect together. To him, the best part of the short course was the “umbrella groups,” a moment at the end of each day where people reflect in separate groups on the highs and lows of the sessions and the potential for improvement.

“The part that I liked most in this short course,” 16-year-old student Emmi Andrea Harner tells Beirut Today, “is that we are all from different countries and we are all here to share our thoughts and learn new things and that we all do this together.”

The UWC short course does not end after two weeks of creative discussions, inspiring meetings and constructive activities. On the contrary, participants and facilitators leave that little village in North Lebanon with both the determination to share back home the takeaways from that life-changing experience and a renewed energy to positively impact today’s world.