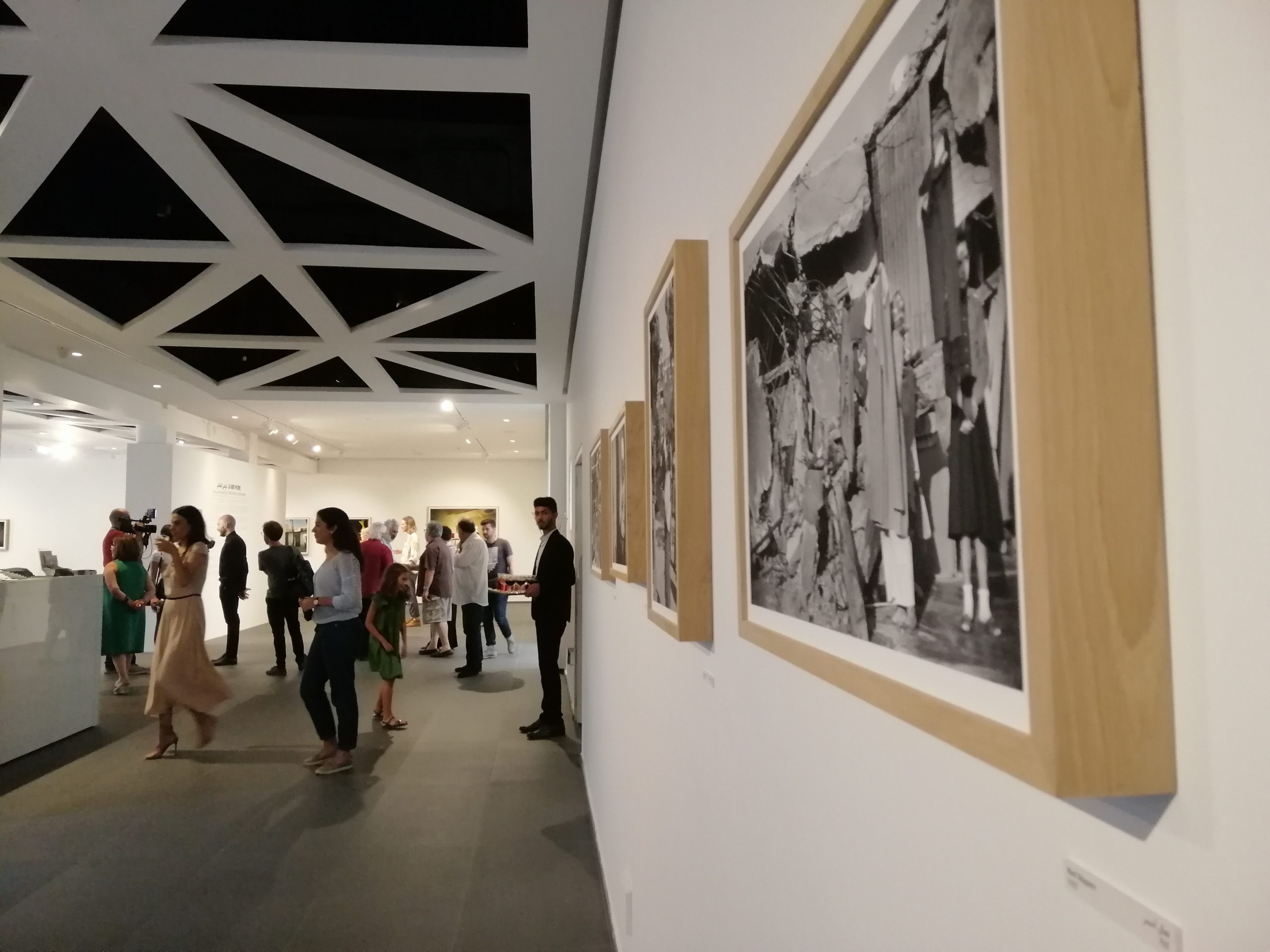 Two polar opposites pull you in the moment you step into the La Mer Patrie exhibition hall. It’s not the first time that Dar El-Nimer for Arts and Culture displays an exhibition on Palestine but, this time, we revisit the Palestinian cause through two lenses: that of daily, intimate struggles and that of war.

Through 50 photographs and an art installation, the joint exhibition by Fouad Elkoury and Jeremy Peacock question the notion of return. By immersing ourselves in the details, from thoughtful framing to unique lighting, the photographers push us towards reexamining the stereotypical images we may have of Palestine.

But the photographers never planned this exhibition, it was the translation of a long-present, feverish interest in photographing war.

“We didn’t even know if we would make it to the next day. There was no future. We were just living and working in the present,” Elkoury told Beirut Today. “If you were affected by a special event, a special person, or a special lighting, you take a picture of it, without thinking of what will happen next.”

Fouad Elkoury and Jeremy Peacock tells the stories of Palestinians in Beirut during the early 1980s, the departure of the Palestinian Liberation Organization from Beirut to Tunis, and their arrival in Palestine within the Gaza–Jericho Agreement. They did so not by presenting the image of Palestine, but by giving it spatial, personal and symbolic suggestions through focusing on Lebanon, the Sea, and Palestine as the main three themes.

The names of the places in the exhibition are intentionally absent from image descriptions, which only grant us titles and dates spanning between 1982 and 1995.

The La Mer Patrie exhibition reflects exceptional moments in the lives of Palestinians, playing a role in shedding light on how Western media promotes stereotypes about the Palestinian revolution and exile.

“The first part of the exhibition is promoted by the Western media that tried, back then, to narrate the Palestinian cause in a very stereotypical way,” said Manal Khader, the curator of the exhibition and the director of Mina Image Centre in Beirut.

Khader also argued that the Palestinian Liberation Organization contributed to this stereotypical image of Palestine.

“The Palestinian Liberation Organization might have also reassured the cliché representation, where we notice that some of the Palestinians were even posing with their guns in front of the camera,” she said.

In the first representation, the photographs fall under an overarching theme expressed through repetitive imagery of the kafieh, the klashinkov, and the flag.

“When you observe the photos of the first representation, you can notice that the people in these frames look like they are on a movie set,” said Omar Thawabeh, the Communication Arts Officer of Dar El-Nimer. “Palestinians were viewed from the lens of the fighters because the context was very dark back then, and it was during a gloomy episode in the history of Lebanon, the region, and the Palestinian cause as well.”

The second set of photographs, which presents the lives of Palestinians in Palestine between 1993 and 1995, reveals personal and intimate stories of people and places.

“When we fast-forward to the 1990s and we view the photos taken in Palestine, we find that Palestinians are people who have daily struggles and have very intimate stories to tell.” said Thawabeh. “They are not the fighters, the criminals, or the refugees.”