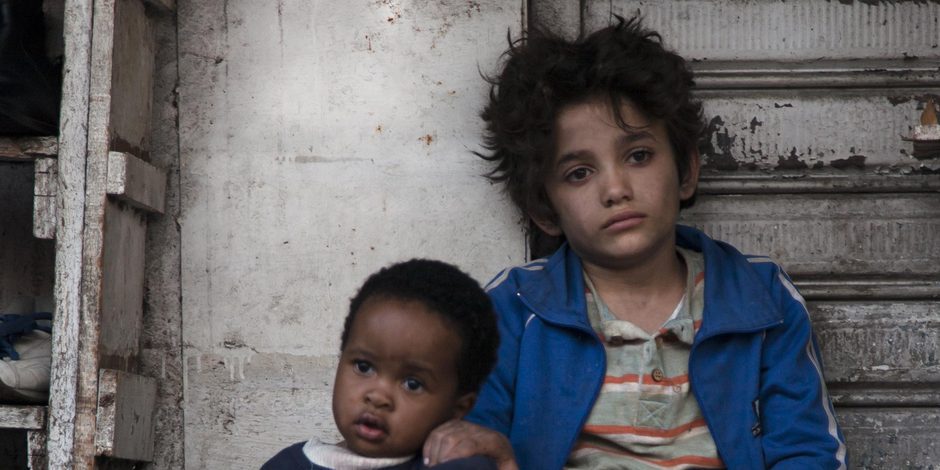 Capharnaüm: The Limits of Liberal Thought

Nadine Labaki’s latest film ‘Capharnaüm’, which most notably was awarded the Grand Jury Prize at the Cannes Film festival, has also received its share of criticism in her home country. Before delving into the problematic contents of the film, it is important to note a few things.

Firstly, since the film industry in Lebanon is only just burgeoning, having a local production win such an esteemed award is certainly a positive development, for those in the industry and those hungry for local productions. Secondly, as far as craft is concerned, the film-making is definitely exceptional. It is a well-made film in both scope and execution, far outperforming the bulk of other contemporary Lebanese productions. Lastly, for all intents and purposes, Labaki’s intentions do seem noble. For the most part, the filmmaker strives to shed light on an overlooked segment of Lebanese society, especially that of the Syrian refugee. With that said, the film’s depiction of poverty is deeply flawed, especially so when compared to previous social realism films, notable for their portrayals of poverty.

The film follows a 12-year-old boy, Zain, whose incredible performance easily holds the film up throughout. The film opens up with a frame-story, a trial wherein Zain sues his parents for giving him life. The bulk of the film is told in flashbacks of his life. These flashbacks portray a childhood of astounding hardship, living in a slum with innumerable siblings and attempting to survive. Scene after scene explores this world, depicting an extreme amount of misery and destitution.

The missing, yet essential, element is one that lies at the heart of the problem of poverty: societal context. Capharnaüm mostly shows scenes of destitution, not poverty. The essential difference is that poverty is a relative phenomenon, which there is no mention or implication of in the film as a whole, especially as it relates to the comparative wealth present in the respective society.

In short, poverty, by definition, does not exist in isolation. It exists within a hierarchical society with an economic model that has both winners and losers. Therefore, poverty is a societal problem and not an individual one. The blame for such poverty should be placed on the society itself, or rather on the wealth that necessitates it.

By having none of this in the film, we are left with one question: Why are they this way? How did they become so poor? Throughout the film, the child is, of course, blameless, as is evident in the opening frame story, but the reason his parents are poor is a question left unanswered. One perspective the viewer is left with is that these people have always been this way and that their poverty is dispositional, a natural state of affairs. George Orwell’s description of destitute scenes of poor North Africans, in his essay Marrakech, resembles this perspective:

“Are they merely a kind of undifferentiated brown stuff, about as individual as bees or coral insects? They arise out of the earth, they sweat and starve for a few years and then they sink back into the nameless mounds of the graveyard and nobody notices that they are gone. And even the graves themselves soon fade back into the soil.”

Another perspective one can derive from Capharnaüm, a more cynical one, is that there is in fact someone to blame for their poverty, and that is the impoverished themselves. This perspective can be deduced from several instances of the film. For example, neither of the two parents seems to work. Their only attempts at making any money are through illegal narcotic smuggling. They are either sleeping or abusing their children. Even the excessive number of children they reared is their own fault and a contributing factor to their impoverishment.

Here we are left with a startling narrative, one that is highly reminiscent of some of the harshest neo-liberal ideals, particularly the concept of “personal responsibility”, as advocated by figures such as Ronald Reagan. Maybe the filmmakers did not intend to convey this idea, but perhaps its emergence is a reflection of an ill thought-out outlook. This is what happens when you attempt to remove politics from an inherently political phenomenon such as poverty: you end up with a well-intentioned project that conveys reactionary perspectives with harmful implications.

Still, Labaki wanted to shed light, and certainly did, on terrain left barren by Lebanon’s film industry. So what could she have done differently? Here, social realism films of the past can show us what opportunities she missed in her attempts at depicting poverty.

Social realism is an artistic genre that attempts to show the everyday life of the poor and working class without embellishment. In film history, the genre has extensively done exactly that: showing the world through the eyes of the working class and their struggles against the society around them. Vittorio De Sica’s ‘Bicycle Thieves’ follows a man whose livelihood is entirely dependent on a single bicycle; Karel Resiz’s ‘Saturday Night Sunday Morning’ (SNSM) follows a working class hero attempting to revolt against the oppressive forces of industrialism; and Satyajit Ray’s ‘Pather Panchali’ revolved around a family’s struggle to survive after the father leaves them in search of opportunity.

All these characters are just about getting by, particularly relative to their society. This contextualization lies at the heart of these films’ accurate portrayal of poverty. Since poverty does not exist in isolation, poverty, as a relative societal issue, has an inverse: wealth. All the films mentioned make a point of making this comparison. In Bicycle Thieves, whilst slurping up a string of cheese from his mozzarella sandwiches at a restaurant with his father, the man’s son notices a wealthy family and, particularly, a wealthy child around his age, delicately eating a portion of Lasagna (Just one serving of many). In Pather Panchali, the family lives in a mini-slum right by an aristocratic family, and in SNSM, the hero constantly talks of escaping the destructive forces of industrial capital with his famous mantra “Don’t let the bastards grind you down.”

These films clearly identify that the weight of poverty, and the hardships that entail it, are set against the wealth of the society, as though to say that neither can exist without the other. This is further reinforced when these stories portray earnest and hard-working characters. Bicycle Thieves provides a good example of this by showing a man determined to earn an honest Lira but still facing enormous difficulty actually trying to pull his family out of poverty. The blame for their poverty is not put on their backs but rather on society’s. The injustice that is presented on the screen is not that of a child unable to afford food, but a child unable to afford food while his neighbor enjoys double. One can then assume that the purpose of making these films arise from that very urge, to expose the class divisions of the respective society.

The poverty of Zain’s family in Capharnaüm, on the other hand, is insular and individual. The parents don’t work and have too many children to afford. There’s no indication from them or from the film as a whole of a larger society that they fit into. We see very little of Beirut or of the other people in it. We only see Zain and his fellow slum-dwellers, and even he never sees any members of a higher class. There is no comparable scene to that of the restaurant in Bicycle Thieves and no sentiment as in SNSM. We are left with a sense of pity, but no sense of injustice, for these people. They are experiencing something no one should experience, but there is no indication of why it is happening to them. Who is doing this to these people? Since there are no villains in Zain’s story (except arguably the parents), and society is left to the assumed background, the only answer remaining is that they are doing it to themselves.

In Capharnaüm, the poverty of others is not an injustice, it’s merely a tragedy. Whereas earlier films dealing with poverty involve questions that are laden with class consciousness, this film seems to be class illiterate. The solutions suggested in the first, a reorganisation of society, in Capharnaüm: charitable donation. The former is an effective and historic tendency, the latter does little but soothe the guilt of the Middle Class.

Without showing what constitutes poverty — a socio-economic necessity within an unfair economic model — the end result is a problematic and flawed depiction. The lack of any real representation of poverty in a societal sense, mixed with superfluous scenes of destitution, betrays the real perspective of the film, that of the Middle Class gaze. Whether this amounts to exploitation is another matter and has to do more with intent. What is presented to us, however, is a thorough examination of the deeply hypocritical attitudes and beliefs of the Lebanese bourgeoisie: Sympathetic but removed. Aware but uninvolved. Wealthy but blameless.