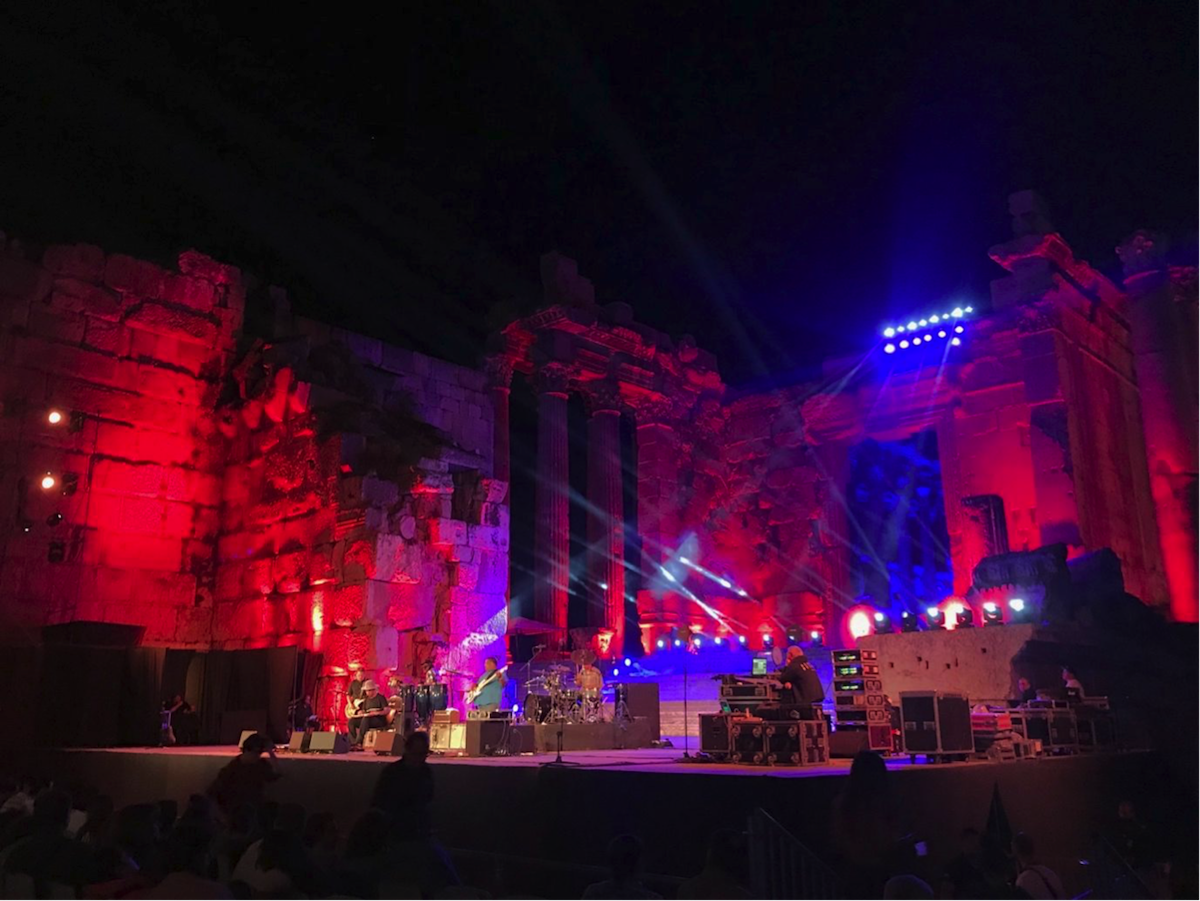 Heritage Tourism in Baalbeck: A Hands-On Experience Like No Other

Baalbeck, located in the Beqaa Valley, is home to one of Lebanon’s largest––and oldest–– summer festivals, the Baalbeck International Festival. Every summer, people throng to the city, some 85km away from Beirut, in order to take part in the festival that is, by all means, extraordinary. The Baalbeck festival, unique in its kind, combines art and heritage to deliver breathtaking experiences. The concerts, plays, or movie-screenings that are part of the festival take place within the ancient Roman temples or on their steps. In a time when heritage sites are, in most countries, separated from visitors by barriers and protected by guards, Baalbeck’s temples are open to anyone who has a concert ticket.

2018 was yet another successful year for the Baalbeck International Festival, which hosted national and international acts ranging between jazz, tarab, classical music, rock, and a musical play. The show closed on August 18th with Ben Harper’s blues and folk rock tunes.

Tourists visiting the Baalbeck ruins are rarely disappointed by the three magnificent temples preserved there: the Temple of Jupiter, the Temple of Baachus, and the Temple of Venus. The three temples vary in size, with the Jupiter Temple being the greatest and largest. If you’ve ever seen any images of Baalbeck online, chances are they were of this temple with its grand and looming six columns. In fact, the towering columns of the Jupiter temple make it the biggest in the history of the Roman empire. As a UNESCO World Heritage Site, the Temples of Baalbeck are one of the grandest and most well-preserved temples of classical antiquity.

Surrounded by music, light and vibrations, the temples, already overwhelming during the day-time, rattle the viewer’s sensations. The ruins no longer feel like distant, towering structures. Instead, the viewer becomes part of their timelessness. This is the magic of the Baalbeck festival that draws in so many tourists and visitors each year. However, at what price? With all of its tasteful qualities, the Baalbeck festival is perhaps one of the greatest human-induced risks that threaten the preservation of the temples.

In 2011, a proposal entitled “Protecting Baalbek’s Integrity” studied the risks affecting Baalbeck and assessed certain protection strategies. Of the nine risks pinpointed by the proposal, four directly refer to the festival as a risk-inducer. The temples are at risk for partial collapse from festival vibrations, formation of cracks from the vibrations as well as the use of iron and cement while building the stage and seats, partial surface loss from the weight of the seats and attendees, and human losses in the case of partial collapse due to vibrations. These risks do not even count the pollution factors brought by the smoking of visitors and other activities during the festival.

This leaves the Baalbeck International Festival in a tight position. The festival boasts its well-deserved contribution to heritage tourism in Lebanon. Furthermore, by bringing in Lebanese and international performers, it harbors and bolsters the art scene in the region. However, the activities of the festival might, with enough time, lead to the loss of one of the most preserved witnesses of Roman history. 2016 celebrated 60 years of success for the Baalbeck International Festival. How many more years can the temples withstand?

2018 has been named by the EU as the European Year of Cultural Heritage.  In lieu of this, much more light is being shed on the importance of cultural heritage and on people’s interaction with heritage at different levels. Where does that leave us in Lebanon? The Baalbeck International Festival forms a unique mode of cultural heritage tourism that allows visitors to engage with the ancient ruins physically as well as mentally. Although guards surround the area for security and site protection, formal isolation in the form of barriers that separate people from ruins in other areas of the world are canceled out, allowing access to the temples that is not otherwise available.

A crucial question arises, one that there is no clear answer for yet. Should the temples embrace versatility and, in a protected and risk-conscious manner, continue to allow people this experience with heritage? Or should a traditional manner of tourism take back the heritage site and prioritize the safeguarding and preservation of the ruins? Perhaps there is no right or wrong answer in this case. Perhaps the two can coexist. If further efforts to minimize site risks are taken, the Baalbeck festival might continue to celebrate art and life with some historical resonation. After all, Baachus is the Roman name for the god of wine and intoxication. What better way to celebrate his history than by bringing his temple back to life with music, theatre and performances?