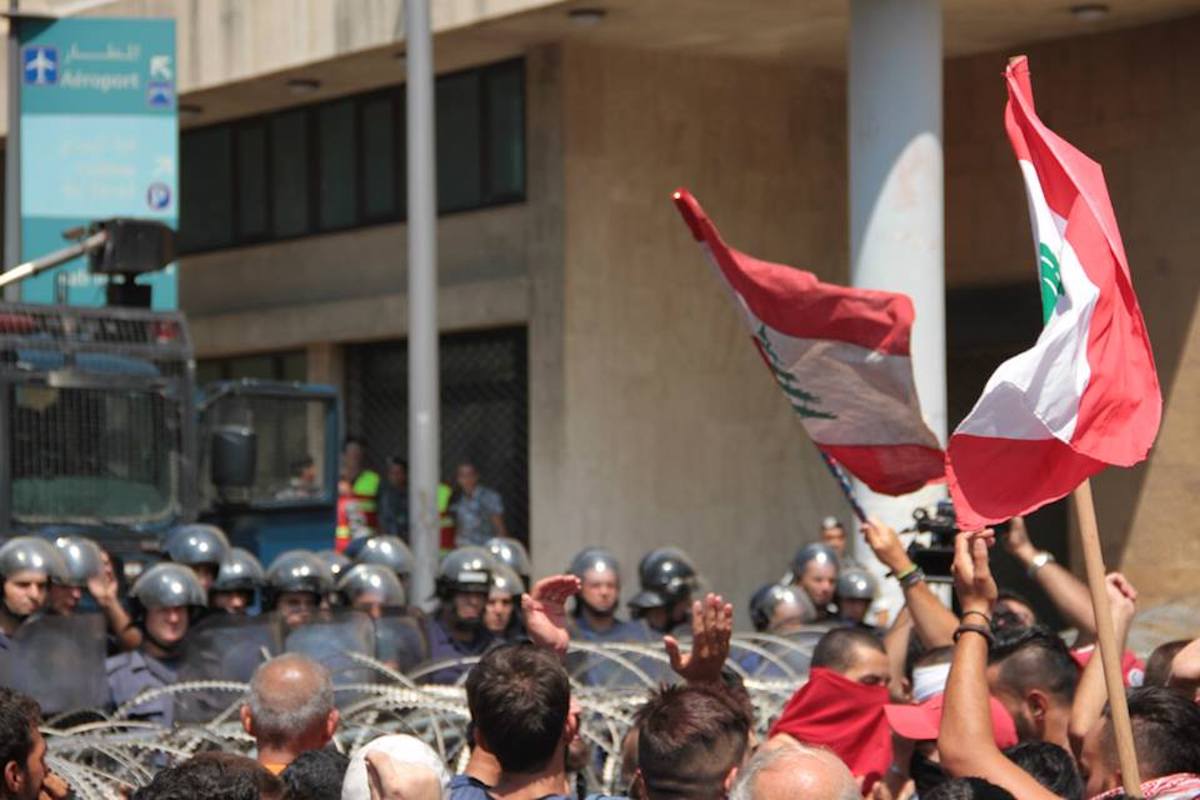 Civil Society is not unquestionable

With the introduction of new campaigns and coalitions in the upcoming elections on May 6, it has become evident that although coalitions may be formed, each candidate and/or campaign seems to have a different outlook. While traditional political parties are focusing on regaining the trust and support of voters in their constituencies and betting on the sectarian tensions, the discourse about the necessity of participating in the elections is dominating the circles of the “civil society.” Disappointed with the choices of coalitions and candidates, some groups condemn the absence of a solid political foundation for the running coalition.

Before the deadline to form lists, which passed on March 26, many independent candidates announced that they withdrew their nominations from the first parliamentary elections in almost a decade because they consider the voting law unfair and sectarian. However, the law was only announced last year, making it suspicious as to why this specific reason for withdrawal was cited just before the deadline.

While the biggest independent coalition, Koullouna Watani, has gained a lot of support from individuals who believe that unifying civil society is the key to fighting corruption and saving the country, it is important to pause and take a look at how the coalition operates and what solutions it is offering. Many question the legitimacy of independent coalitions such as Koullouna Watani, which includes the newly-formed party Sabaa, Tol3it Rihetkon, Li Haqqi, Li Baladi, and others, in representing civil society while failing to describe themselves as secular.

The coalition includes consultants and specialists from a wide range of fields, in addition to activists. In various media confrontations with candidates, such as the Megaphone challenge, it seems that many independent candidates are inexperienced in politics and are not aware of what their role as prospective parliamentarians is. This is mainly prevalent in their focus on specific districts in their dialogue and plans, much like candidates running for municipal elections.

These candidates also have opposing views on many things such as the economy and LGBTQ+ rights. Even more worrying is their disagreement on what the role of the state should be. Clearly then, this self-proclaimed unified civil society has failed to propose a serious alternative and base its union on clear and solid political values and aims.

For example, while some candidates under this coalition, and even on the same lists, are insisting that the privatization of daily services is the key to fighting corruption, some of their partners demand that the state provides basic services for its citizens. The comments some of the candidates have made about the divide between the political and economic systems are also worth the attention, whereby they prioritize removing the current ruling class before talking about actual policies. What guarantees do Lebanese voters have that these candidates will still be unified after the elections if they can’t seem to agree on key principles and that they will not present a reproduction of the current system?

Sabaa, the coalition’s “star” party, was only formed last year. At first, many activists did not take this party seriously – it was deemed a social media campaign producing vague statements about  “change” and “reform.” Many considered its members inexperienced and rather unclear in terms of what their actual political values and aims are. This was until they announced that media anchors and businessmen, with a history of corruption in the oil sector, will be running with the coalition.

Sabaa’s electoral program offers solutions in the form of privatizing various sectors. Many who lack the essential knowledge in economics and financial markets saw the running candidates as saviors who will steer the country away from the dead end it has come to.

We were wrong to underestimate this party. One could argue that it took advantage of the lack of political culture in order to successfully deliver its agenda, but are the motives of businessmen and private sector entities really the solution? Shouldn’t a so-called “progressive” coalition be clear about its understanding of the role and function of parliament instead of using the desperation of citizens to serve their interests?