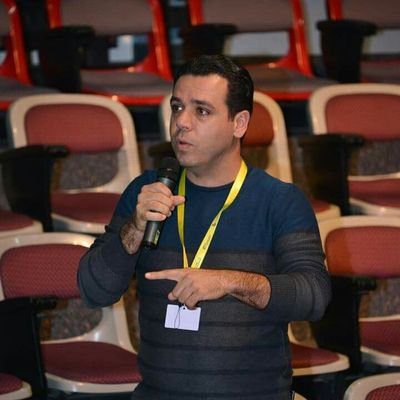 Beirut Film Society: What is the Cinematic Culture in Lebanon

Beirut Film Society (BFS) is a cinematic NGO that aims to spread the culture of film in Lebanon, with special focus on regions where the cinematic culture is limited. Founder and Administrator Sam Lahoud spoke with Beirut Today about the BFS and its impact on cinema in Lebanon and the world.

BFS started as a “movement between young filmmakers, who are a couple of friends of mine mostly. I had the idea in my mind for a while, to combine cinema with a cause, and then we found that we needed to have a presence in society as an organization. So, I took the initiative and [established] the society,” says Lahoud.

Recently, BFS  launched the Beirut International Women Film Festival which will take place in March and feature an array of movies from all over the world. The festival focuses on topics related to women with the priority being given to female filmmakers, without it being limited to them. Moreover, in September, the society organized the Lebanese Film Festival in Canada that aimed to spread the culture of Lebanese film outside of Lebanon. So far, the festival involved five cities from Montreal to Ottawa and aims to include Vancouver, Halifax, and Toronto in the future.

Functioning for more than three years now, it has come a long way through organizing workshops, events, and seminars. BFS has so far assisted in the creation of a concrete presence for itself in the international sphere and  in Lebanon. “As administrators,” explained Lahoud, “We are constituted of 9 members within the organization. I mainly do the job of the administrator. Everyone else’s work is more artistic and related to cinema and theater. So, everyone who is interested in participating in the events of the Beirut Film Society will either be participating in the activity as attendees, organizers, or volunteers in the creation of the event.”

The organization coordinates with Lebanese filmmakers while sponsoring their work worldwide. It also brings together Lebanese and international film institutions, as well as filmmakers and cinema enthusiasts, to support local Lebanese talent. Lahoud also stressed that Beirut Film Society works on effectively aiding all filmmakers and not just those with high reputability. .

Although considerably  “new”, Beirut Film Society already has a lot in store. Lahoud and his team have been planning for  many  activities that will help bridge the gap between Lebanese students and practitioners and the fields of film-making and cinema.

Women for Change, an educational initiative established by BFS, is a preparatory program for females whose ages range between 14 and 18 years. It will be put into action all across Lebanon and aims to teach participants how to effectively use audio-visuals as a tool to drive change.

New festivals are also in the works, such as the Beirut International Children and the Family Film Festival which will commence soon. Another festival being planned for is the Armenian International Film Festival, which combines Armenian films from around the world by Armenian directors.

One thing is for certain: The Beirut Film Society’s work has only just begun, and aims to touch every aspect of the Lebanese art scene.

Sam Lahoud is a scriptwriter, a director, a producer, a script consultant, and a lecturer in Film, Theater, and Media. He has written, directed and produced theater plays, films and documentaries, which received many national and international recognitions and awards; and his first feature film “Waynon” (Void) was the Lebanese official submission for the Academy Awards 2015 (Oscars) for Best Foreign Language Film. Sam is also the Founding Chair of Beirut Film Society and a Producer at Berytus Production.