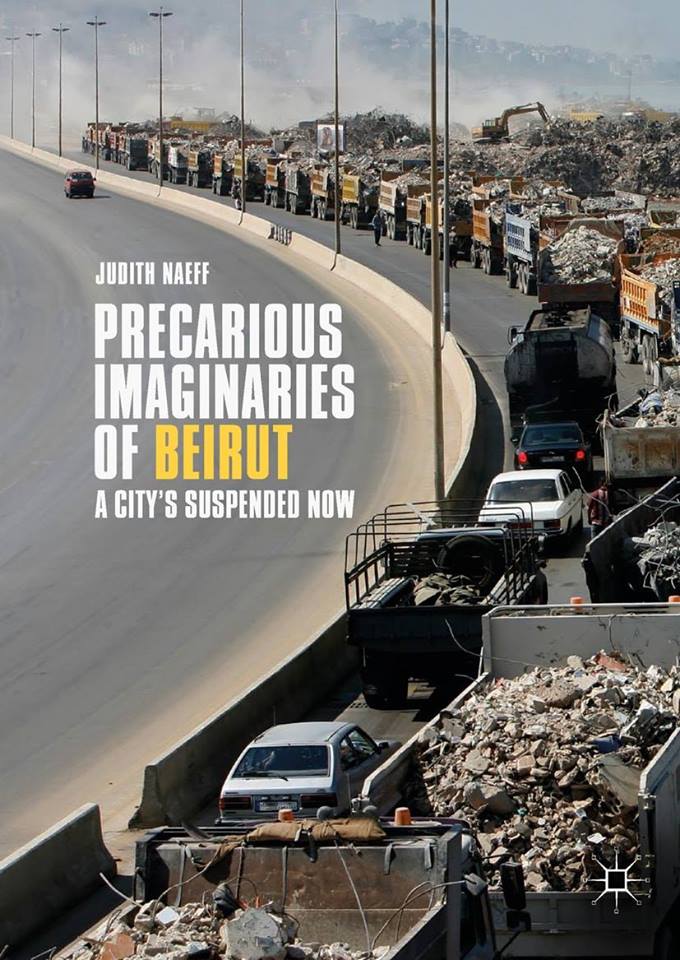 Many describe Beirut as a “resurrected city” that has resurged from the ashes of a difficult war, while others see it as a destroyed city that has yet to recover from damages brought by a devastating conflict. Judith Naeff, lecturer of Cultural Studies of the Middle East at Leiden University in the Netherlands, provides her insight on where the city stands with respect to the war it endured in her book “Precarious Imaginaries of Beirut: A City’s Suspended Now.”

The book, based on the Ph.D. research project she pursued between 2011 and 2016, was launched at Mansion Beirut on January 17. The event began with Naeff warmly inviting guests for a drink and was followed by a thorough and captivating presentation of her book. After that, Naeff invited the audience to bring forward any questions they may have concerning the book.

In her presentation of the book, Naeff talks about the Lebanese “experience of being cut off from the past by a traumatic rupture followed by a culture of silence.”

“At the same time, the future always seems to be out of reach, as continued tension and repeated episodes of violence prevent a confident and active attitude towards the future of the city,” she adds.

In Precarious Imaginaries of Beirut: A City’s Suspended Now, Naeff’s cultural analysis of the post-war city revolves around different perceptions of Beirut and its volatility through time and space. Naeff also sheds light on two different ‘chronotopes’ of Beirut, the City in Transition and the Precarious City, in distinct parts of the book.

Through her presentation, Naeff took an engaged audience on a voyage through the different phases Beirut has undergone across decades. One of the tools Naeff uses to do so is the analysis of different cultural creations, mostly by Lebanese artists. From installations to novellas and photography artworks, Naeff shows the audience some of the sources that inspired her. For instance, Naeff read a passage from Hassan Daoud’s As If She Once Was:

Everything is new here. And it reminds you of its newness every day; its newness is a consistent effort, for the employees never stop wiping dust and polishing glass and oiling the metal of the escalators and hoisting up large billboards displaying provocative women dressed in lingerie or skin tights pants.

In this passage, Daoud paints his picture of the modern downtown Beirut. The center of the city is one of the areas that endured severe damage during the war, and was later completely reconstructed.

The author also highlighted her conception of the city as a “suspended now” during the book launch, another key point discussed in Naeff’s book.

“Apart from the past, let’s say, and how it affects the present, there is also a strong notion of the future, the uncertain future. This brought me to my main concept which I develop in the book, which is Beirut’s ‘suspended now,” said Naeff. “The suspended now seems like a eternal stretch of the present, which is suspended between a past and a future that remain out of reach.”

Post-war Lebanon is a recurrent topic in international post-conflict literature; Lebanon witnessed a devastating conflict over a decade and a half, and its consequences are apparent in its governmental and societal structures to this day.

Naeff has carefully placed a magnifying lens over a city that has spurred controversial conversations in the scholarly world, contributing to an ever-changing discussion.