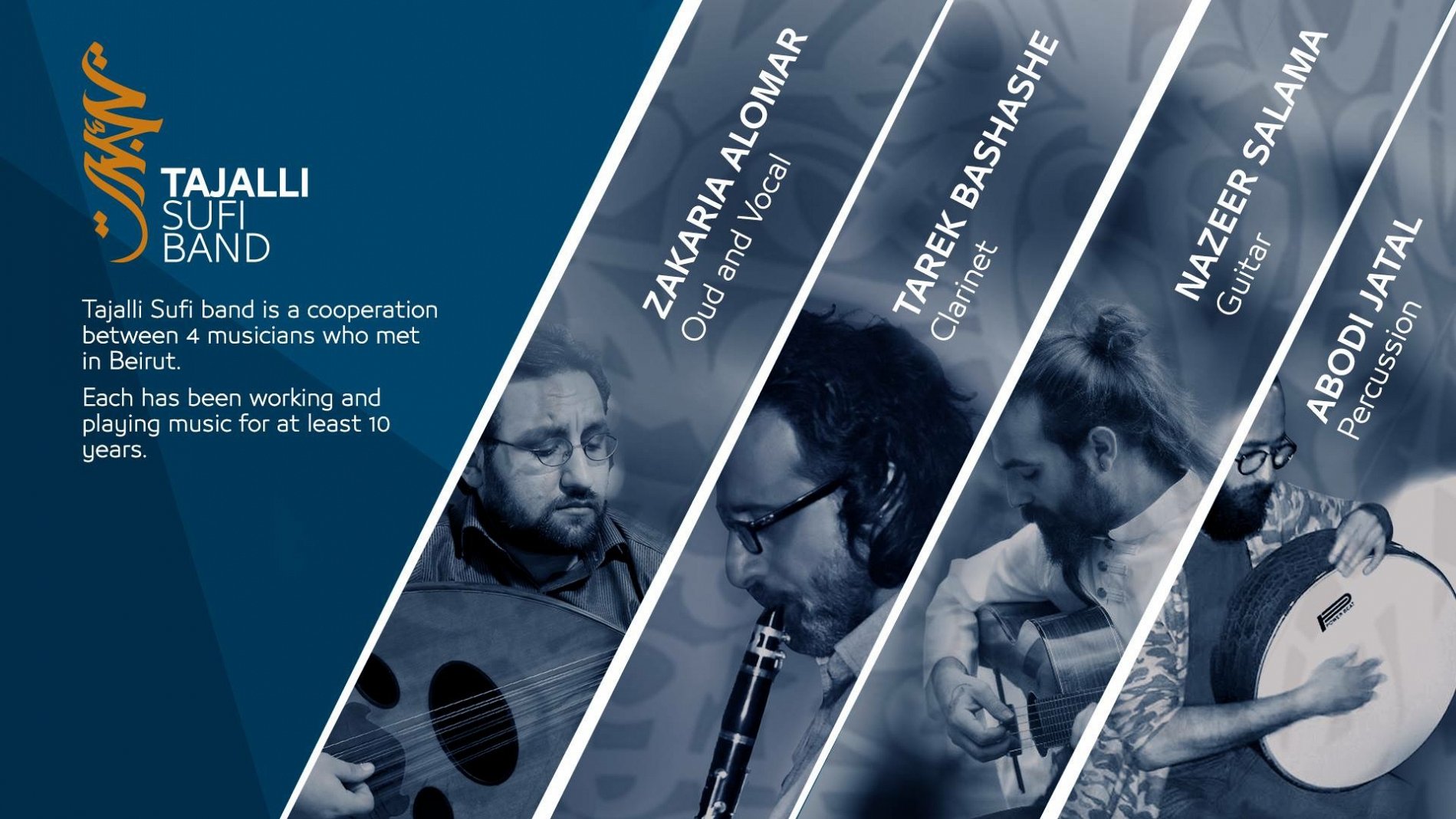 The doors of Metro Al Madina’s underground theater were opened at 9:30 PM on on Sunday January 14th, and guests were ushered onto their tables from the makeshift waiting area, a colorful and retro-looking bar whose walls were lined with pop art and airplane chairs. Metro has established themselves as an artistic hub. The theater is constantly regenerating performances by Arab artists, hosting a minimum of 4 shows a week that range from plays, skits, comedy shows, music performances, and jam sessions that allow performances and audiences to interact. The show experience for their audience is something they make an emphasis on tending to.

The layout of the theater sets up the audience for an intimate night, as the tables are closely joined to each other – dining candles on each one. Once everyone has taken their seat, the lights go down and the curtains open up to the Tajalli Sufi Band on stage; each of the musicians on a chair cast under individual spotlights.

Abdi Jatal, on percussion, begins with a simple beat, and one by one each member picks up their instrument. Their sound is composed of percussion, oud, flute, and guitar. Their music is soundly of Arabic nature, and it seems very similar to classical Arabic music. However, the band seems to place importance on each note and play patiently and with full intent. Zakaria Al Omar, who is both the vocalist and oud player, reverberates this ideal in his singing, as he performs by lengthening each note until the words are merely sounds that he strings together to go along with the instruments. The introduction song ends and Jatal introduces the musicians as the Tajalli Sufi Band.

The instruments were played so eloquently and fluently, as if the band was strumming out a lullaby to the audience. The faces of the audience reflected this interaction as show-goers were mesmerized by the music. At times, some people would cheer the band on, whistling and clapping at a lyrical pun while Omar was singing.

Most of their songs were about love, loss, and attachment. These themes tie back to the Sufi origin of the music. This kind of music is inspired by the works of Sufi scholars, such as Jalal ad-Din al Rumi and Hafez; the works of these scholars revolves around religion and love as a single entity. Mysticism is also incorporated in these works, a big part of the Sufi religion, which practices Islamic belief through performing rituals and meditations.

An example is whirling, a customary dance involving spinning, which the Sufis do as a type of physical mediation. Through meditation, the Sufis believe that one is able to make amends with their heart, in helping them reach God. 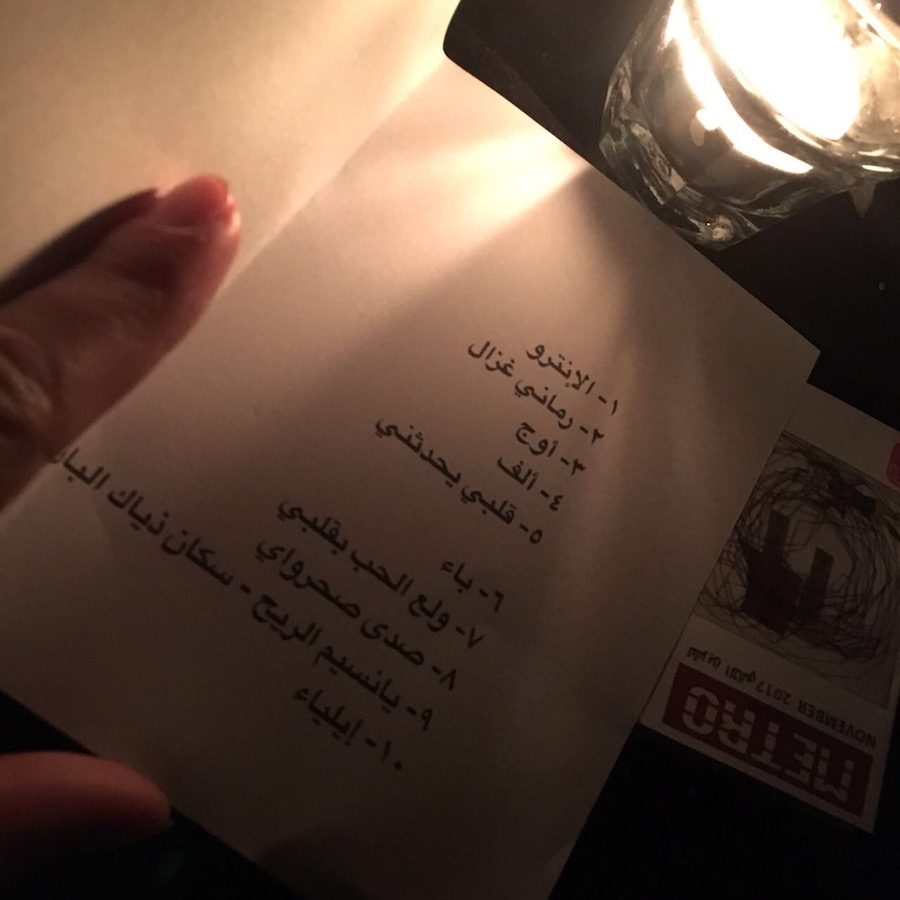 The hearty nature of the Sufi practice is an intention that the band used in their performance, creating a very mystic atmosphere. The performers really immersed themselves in their instruments, and at many times throughout the concert they played with their eyes closed. It was almost as if the music was flowing entirely from their subconscious, and it seemed as if they transcended into an active form of meditation. They snapped out of this meditation a couple of times to make a comment about the upcoming song or to announce a break. But then, they’d go back into their meditative state.

The ambience was beautiful, and the group was able to take the audience on this journey with them. Tajali have a very strong stage presence, and this collective energy was certainly felt. There was also great synchronicity between them, and they would share many reassuring looks with each other throughout their pieces. There was a strong relationship tying the members, which created a oneness amongst the people in the theater.

The style of performance made me think of a passage I read once in Forty Rules of Love by Elif Shafak that says, “At every moment and with each new breath, one should be renewed and renewed again. There is only one-way to be born into a new life: to die before death.” This incentive is truly felt after experiencing the band’s performance. The evening left me with a sense of newfound divinity and peace; a truly mystical performance.