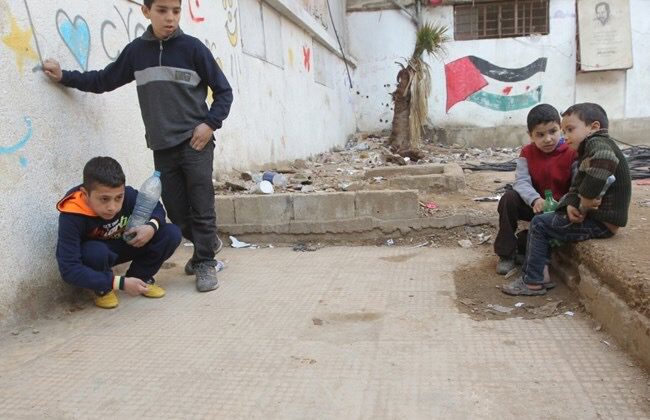 Civil society in Lebanon has taken different forms and passed through various phases. It includes diverse political activist movements and NGOs that hope to instigate change via lobbying, protesting, and promoting policies to  instigate change from within the system itself.

Some examples of prominent groups that have gained fluctuant socio-political ground are Beirut Madinati, the YouStink movement, Take Back Parliament, and Sabaa. Alongside these groups, individuals such as Ziad Abs and Charbel Nahhas have also played a significant role and are attempting to mobilize forces prior to the upcoming elections in May.

It is important to note  that civil society is not static or unchanging . Common issues are regularly discussed and stressed on including environmentalism, challenging the clientelist nature of the state, corruption, unemployment, mismanagement of public utilities, the recent oil and gas file, and transparency. Amidst all of this lies the issue of racist policies against Palestinian and Syrian refugees often deployed by the Lebanese state. Although many refugees have resided in Lebanon since the years 1948  and 1970, the rights of Palestinian refugees and their successors still remain limited.

These refugees do not have the option to work in many fields, the ability of an effective union, the privilege of adequate services and protection from economic exploitation, nor the right to apply for citizenship.

While many civil society activists have sound personal positions on the issue, many groups (private or public) oppose integrating Palestinian refugees and giving them their social, economic and political rights.

In fact, influential individuals have chosen the path of militarism and xenophobia, given their political affiliations.On the other hand, if there is no presence of strict opposition, there is a general attitude of inactivity, or a habit of postponing the issue in favor of other projects and issues.

On the other hand, with the influx of Syrian refugees into Lebanon, incidences of military abuse as well as curfews and abusive forms of interrogation have become relatively common in the past year.

Particularly in the North of Lebanon, coercive curfews and military abuses are inflicted upon Syrian refugees. This is observed to be met with little-to-no serious solidarity expressed nor deployed by typical civil society groups. If this solidarity were to observably exist, it might take the form of apolitical humanitarianism. Such a narrative depicts refugees, not as individuals to be treated as social agents, but as patronized subjects to be “taken care of in the meantime.”

Not to mention the ruling class, where exclusivist speech has been utilized to promote xenophobia within the Lebanese society. This has been common among top-level issues. When such an attitude dominates the country, the expected tendency is to have a  vocal and powerful opposition in defense of vulnerable groups – this is not the case in Lebanon where only small and insignificant political groups or apolitical NGOs are providing a counter-narrative.

As illustrated above, the Lebanese ruling class has put forth efforts to  incite against refugees, through the spreading of misconceptions about their very existence and promoting an insincere ‘Lebanese First’ discourse.

It is high time we countered the supremacy of what we call ‘citizenship’ within civil society movements and started speaking about a progressive political narrative that concerns the ‘resident’, especially those living under the boot of Lebanese isolationism and racism.