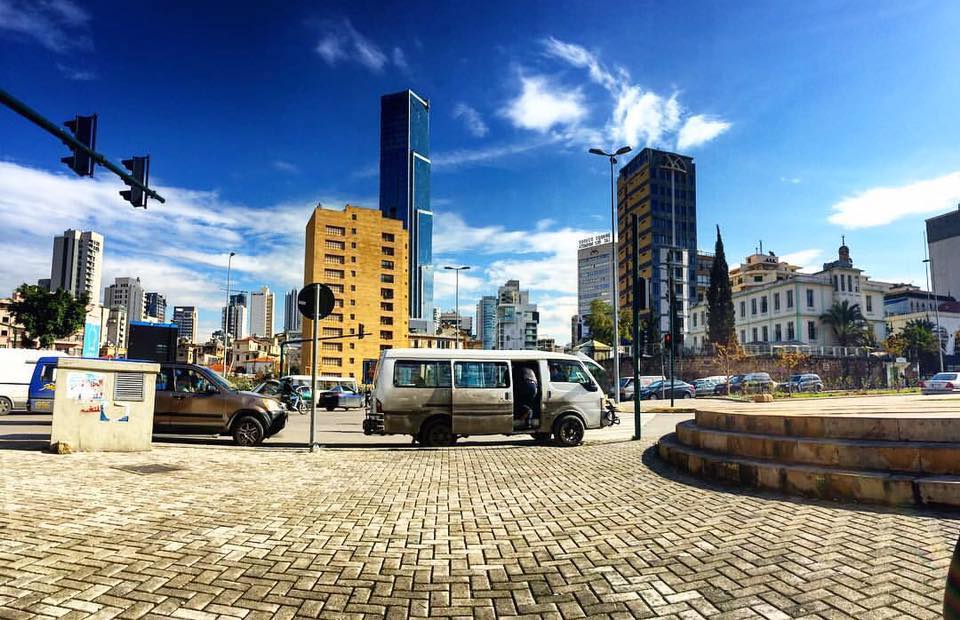 They Call It Chaos, We Call It Home

From policemen taking selfies in front of graffitis in Downtown Beirut  to citizens protesting the pollution caused by the waste crisis by burning garbage, the relationship our country has with legality is paradoxical. In sectors as diverse as waste management, water and electricity provision, and, of course, public transportation, an endemic lack of serious State involvement has created opportunities for informal structures to take on the responsibility of running the city, on the thresholds of visibility and legality.

Operating somewhere between formal and informal, between law and practice, mass transit in Lebanon is a striking example of such gap-fillers.

The Lebanese state has between 20 and 40 buses operating all around Lebanon while the rest of the routes that move thousands of people every day are covered by private actors who form an intricate web of stakeholders and interests.

As red plate holders, they are licensed, but their movements and operations are unregulated. Ubiquitous and yet invisible to many, the laissez-faire system of transit that emerged as a gap-filler nowadays represents a quotidian reality that cannot be thought of as being marginal to the city, with the famous Van #4 going from Hamra to Lailaki transporting 56,250 passengers per day.

Yet, this system is dismissed by most institutional actors precisely because of its hybrid nature.

This discomfort with accepting the reality of mass transit in Lebanon begs the question: how do we draw the boundary between “private” and “public”? What images do we see when hear the words “public transport,” anyway? Does “public” mean “owned by the state,” “powered by the state,” or simply a space that the public can benefit from?

The need to rethink the manichean tropes that shape our understanding of public transport is becoming even more urgent. There is a new challenge for global transit around the world: the entrance on the market of private, flexible mobility companies such as Uber or Careem.

In Lebanon, Uber initially entered the market by only accepting drivers with red plates, making them equal players among others, semi-regulated actors like vans and service-taxis. Yet, in recent years, we have been hearing reports (which was drawn from a personal conversation with Mr Abdel Hafeez Kayssi, Director General of Land and Maritime Transport, Ministry of Public Works and Transport, Lebanon) of ride-hailing cars operating with white plates, positioning them well outside of the law.

Policymakers around the world are scrambling to recover from Uber’s disruption, taking it as an irreversible (though sometimes irritating) change to how cities operate, and yet, our very own indigenous flexible mobility operators — our vans, our bostas, our minibuses — are yet to be acknowledged with the same seriousness.

Transcending irrelevant paradoxes and acknowledging the existing system is an obvious prerequisite to building policies that will bring sustainable and fair change. You cannot solve any problem with the same mentality that created them.

Often seen as a source of chaos, the informality that defines transport in Lebanon is for many users an added source of dynamism. A report released this summer by the Issam Fares Institute (IFI) of the American University of Beirut (AUB) demonstrated how resilience is built into informal systems, making them more responsive to the demands of the market and more flexible. At peak hour, the estimated waiting time for Van #4 in Beirut is two minutes, making it as dynamic as the Line 1 metro in Paris.

In the end, when it comes to mobility stakes in Lebanon, we are either part of the problem or part of the solution. Getting over our stigmatizing notions of informality will unlock the assets and capacities already available to us in Beirut. Anything less than a commitment to working with the existing system will leave us trapped in unethical and/or impractical imaginaries, like violently displacing the unruly system, or excessively longing for the Beirut of the past, or simply romanticizing the chaos.

With editorial work and input by Jad Baaklini.