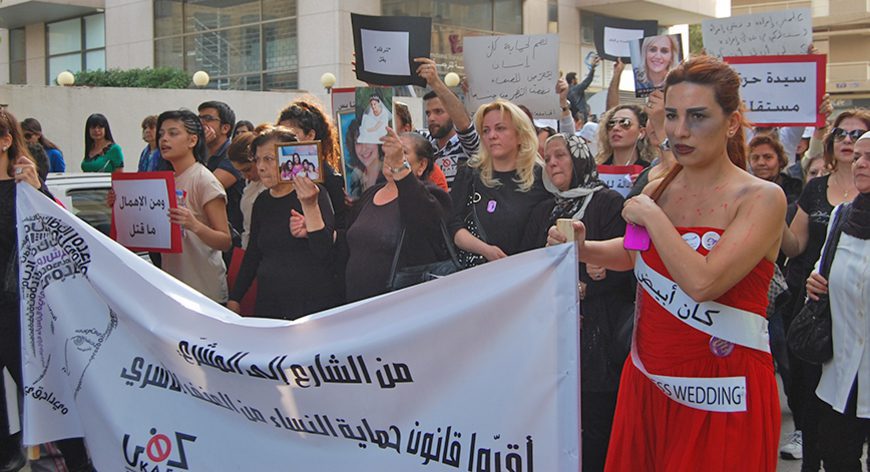 Doctors Should Play A Key Role in Cases of Domestic Violence

During my round in a hospital during a few months back, presented to the Emergency Department an old, obviously religious man, with a female wearing the “Nikab”. The old man, holding the female’s hand tightly, entered the minor surgery room that happened to be full of male interns and residents. The man objected; he wanted a female physician to check up on the woman- that we still have no idea who is she to him. We kindly asked the man to stay outside after we thoroughly explained to him that all the ‘males’ in the room are doctors and no one will be allowed to see her face or body except for them. When she raised the veil off her face, it was indeed shocking to see a young beautiful female with bloody eyes and blue lips. I started my clinical examination by taking history from her. Before I came forward and asked anything, she told me not to worry and that she simply fell down. The patient hesitantly turned around to make sure she’s alone and started crying.

I asked her who the man she came with was, and I was again at awe to know that he was her husband. She finally admitted that he hit her because they fought- for an unknown reason. The doctors did what they are “medically” entitled to do and sent her back home with her fiend husband. Now, I can’t really judge whether what the doctors did was tagged as ethical or not for two reasons: the first is that the country we live in hasn’t yet put legislation that protect females from all the forms of violence they are bound to experience, and the second is that the hospital was a private one and the man “has generously paid” for this “incident” to be buried on spot.

“A domestic violence hotline run by a local nongovernmental organization, KAFA (Enough), receives more than 2,600 reports of domestic abuse per year. The organization said it had reports of 25 killings of women by a family member in Lebanon between 2010 and 2013”

Domestic violence, rape and sexual assaults are all forms of oppression and aggression women are facing on a daily basis. It’s a real shame that in this day and age, women still have to call for their right to be valued, respected and treated humanely. It is undeniable that the role of the government is primary to solve such an issue. But what does the medical field have to say about it?  A physician is the first to encounter a victim of violent acts. The scenario is always as follows: a man assaults his partner and then seeks help from a doctor so that he won’t go to jail. Superior to any medical intervention is a social one. A physician is a philanthropist; his/her job should not be solely repairing a tear or a laceration.  I call all physicians and medical students today: Don’t send her back with her own slaughterer. Whenever you feel you should refer the couple for a counselor, please do. Whenever you feel you should call the police, please do.

Lebanese women indeed gained a victory with the annulment of Law 522 allowing a rapist to marry his victim in return for waiving any punishment whatsoever. The government and society itself, however, did not look into the terming of Marital Rape which exists today more than ever. As vital actors, physicians should maintain an iron hand in putting an end to the many assaults on women today.