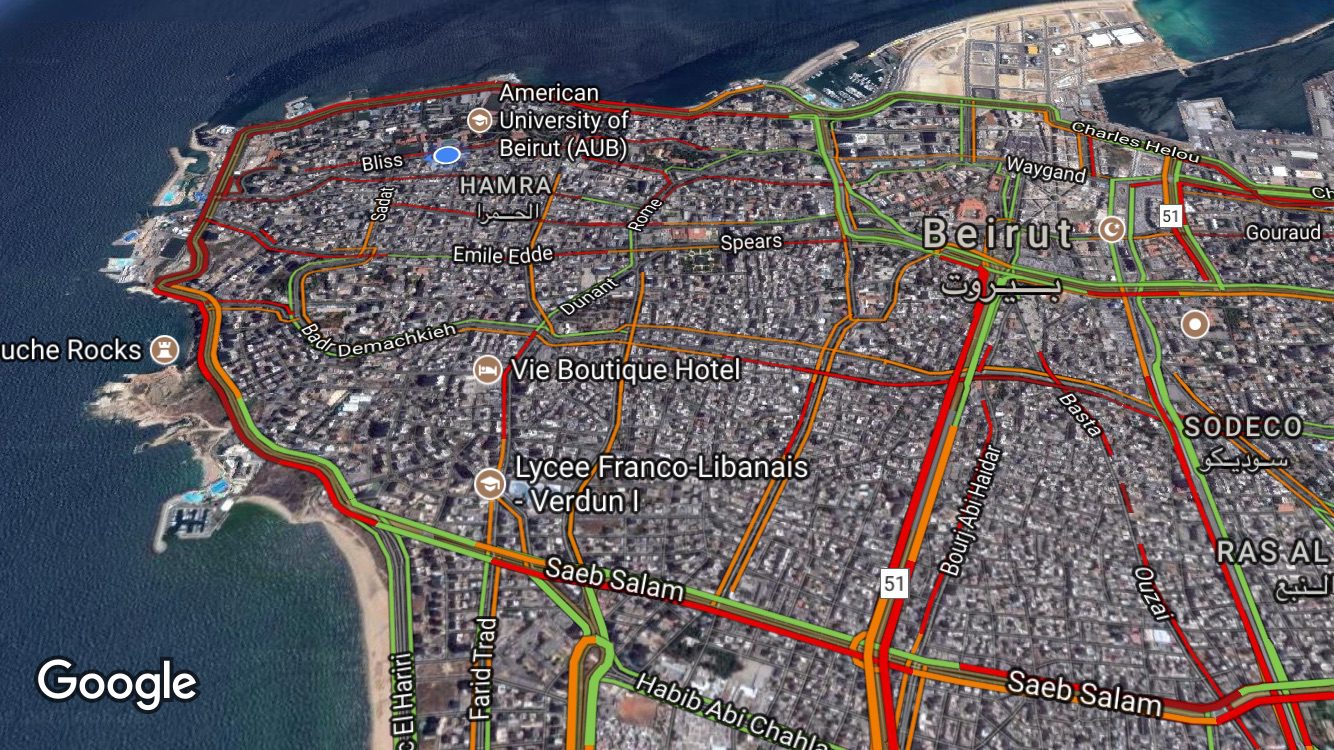 Beirut Traffic Comes to a Standstill During Head of State Visit

On Wednesday almost all of Beirut streets turned into a big parking lot. Anyone taking their car or a taxi ride spent as much as two hours traveling the equivalent of a couple of kilometers. A Google traffic map on Wednesday afternoon showed all streets marked in red.

While Beirut’s traffic jams are a well known daily disaster, today’s one was somewhat exceptional in magnitude.

According to police sources and various taxi drivers, the main reason behind this traffic jam was the road blockades and closures installed by the Lebanese Police and Army during the visit of the president of the Central Africa Republic, especially around Phoenicia Hotel in downtown Beirut.

While heads of state are always welcomed in the country, it is beyond comprehension why roads have to be closed and traffic diverted during such visits, and affecting the lives and comfort of thousands of stranded citizens. And if security needs to be tight, why not host these VIPs in hotels away from Beirut’s main congestion roads? Who is accountable for these disastrous decisions? We are yet to hear from those in charge, who prefer to close roads for themselves while imprisoning everyone on the roads.