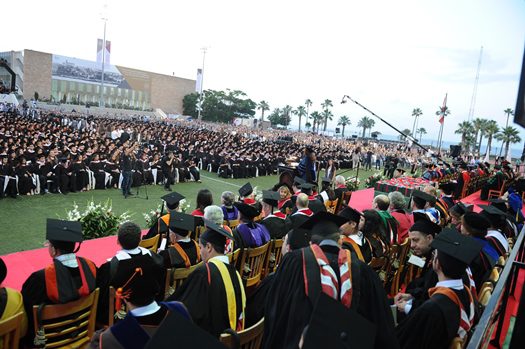 How Working in Services Taught Me More Than A Degree Did

“If you graduated from the American University of Beirut, then why are you working at a bar?”, asked an old acquaintance after complaining about the lack of jobs in Lebanon. At the moment being, one can have two possible answers, an innocent “why not?” versus a defensive “so what?”. I opted for the first one to simply reach the conclusion of her argument in which she said, “your B.A is beyond serving people”. Such condescending reactions are quite commonly received, almost on a daily basis. We all heard the “we don’t have girls who work at bars”, the “we didn’t pay a big sum of money for you to work as a waiter”, the “we don’t have kids who serve others” and finally, the “what would others say about you, the daughter of X”.

While this dogmatic way of thinking is dominating the ever-stubborn Lebanese society, many teenagers and young adults take on full-time or part-time jobs in services. However, sometimes those looking to make money either take such jobs as a last resort or would rather stay unemployed than serve others. This mentality falls all the way back to the Lebanese upbringing in which we are discouraged to work in such sector since it is frowned upon and sometimes even considered shameful. As a female who worked as a bar waitress and bar-back for almost three years now with my parents being my regular clients, I can vouch for the significance of service jobs, as they teach you more than any direct form of education. Conversing with strangers, dealing with tough situations, and aiming for a better position are all tricks that are much needed in our everyday life. One can’t learn how to improve those traits by reading about them, instead, the development occurs while the person is in the situation. It is also important to point that working as a part-timer while studying is in fact difficult but it teaches time management, builds a more committed personality and expands connections. However, not all personal gains are achieved through a positive manner. Name-calling, disrespect and bullying are all widely common during shifts. Finger clicking or whistling instead of calling the runner by name, yelling across the room repeatedly to get the runner’s attention while the latter is engaged in other conversation and making fun of physical attributes are all situations that have to be dealt with calmly, despite the immense disrespect faced. Finally, having to genuinely smile to customers who paid a 500 dollar bill with exact change, as a runner who earns 2$/h, is the biggest lesson one can learn about life.

When my old acquaintance told me that my B.A is beyond serving people, I made sure to tell her that, while she had never worked a day in her life, both my colleagues financed their own degrees from the top four universities in Lebanon, one as an aeronautical engineer and the other as a finance student. Education, and most importantly self-education should not be cornered between four-walls. In fact, it is attained through jobs where you meet all sorts of people from all backgrounds, who will either teach you a new thing every day, be it the hard way or not. The only way to understand how a waiter lives, is to fully live as one.