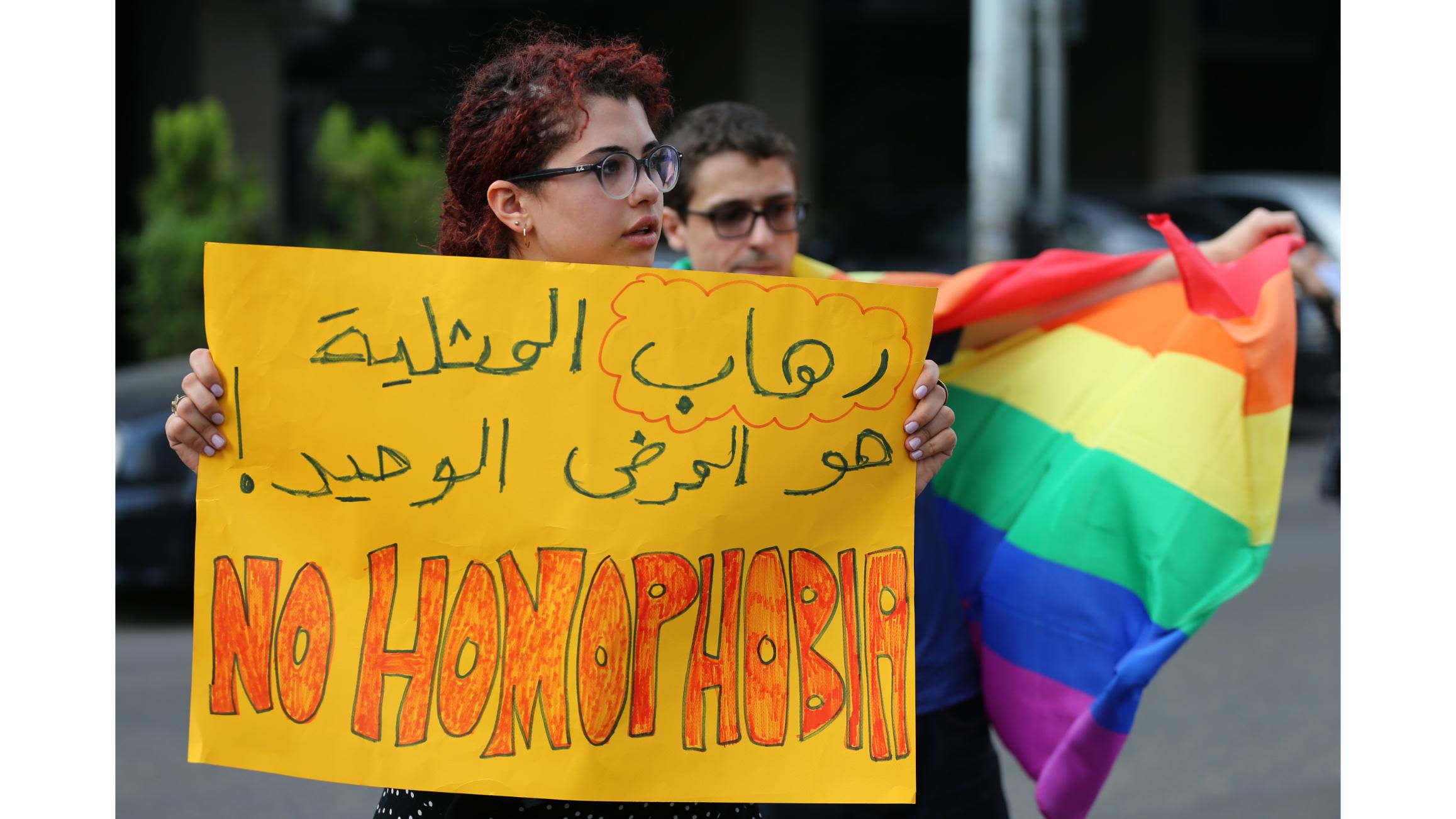 How did Jnoud el Rab come to be?

In the past few months, a group of a few hundred men roaming the streets of Achrafieh made headlines in Lebanon. They called themselves “Jnoud Al-Rab”, which roughly translates to “Soldiers of God”, and identified themselves as a newly-established Christian militant group. The group set out to openly wage war against refugees, the LGBTQ+ community, abortion, civil marriage, and anyone they claim is spreading “sin” within the region.

Claiming to be the region’s protector against infidelity and foreigners, the group induced several reactions amongst the local community, establishment parties, and a number of opposition activists and personalities.

While the group’s primary faces and stated goals have become public with its initial commencement in June, recent speculations about its relationship with official financial and state forces have re-emerged.

“Political leadership has been rather silent on this issue, but it’s explicitly clear that the Lebanese Forces’ district leader in the Achrafieh region has expressed sympathy and support for the group,” Queer activist Doumit Azzi told Beirut Today.

Specifically, fingers have been pointed at Antoun Sehnaoui, a banker and chairman of SGBL, suggesting that he has been funding the group with arms and financial resources. On the other hand, recent statements by MP Paula Yacoubian allude to worrisome collusion between the group, the Internal Security Forces (ISF), and more mainstream political parties.

“On one hand, a portion of the group’s members were formerly affiliated with the Lebanese Forces. On the other hand, despite clear criminal pasts and records, the vast majority of members are directly on [Antoun] Sehnaoui’s payroll,” Yacoubian told Beirut Today.

“This behavior from members of the financial and political class cannot be isolated from their attempt to protect themselves from international court procedures; funding militias, media channels, and other power-grabbing components become part and parcel of providing a cover,” she continued.

Nevertheless, the presence of this group ought not to be dissociated from the wider transformations, processes, and sentiments we’re witnessing on a global and local level, specifically in terms of the breakdown of the State, the rise of autonomous governance and decentralized despotism, and the far-right global reaction against progressive values.

On February 3 2021, researcher and Hezbollah critic Lokman Slim was assassinated in South Lebanon. This act of violence sent a warning message to all domestic opponents within Hezbollah’s sphere of influence.

In August of the same year, three Hezbollah members were killed in an ambush supposedly planned by members of nomad tribes in Khaldeh, popularly referred to as the “Arabs of Khaldeh.” In fact, tensions in Khaldeh continue to this day, until recently this month when roads remained blocked in protest of the arrest of a man wanted by the Lebanese Army.

Two months later, militants, supposedly affiliated with the Lebanese Forces and Hezbollah, clashed in the Tayyoune region amid protest calls to remove judge and lead Beirut port explosion investigator Tarek Bitar from his position; violent responses by snipers ensued as “protective measures” to guard their regions.

In truth, these few incidents are simple illustrations of a developing reality in the country over the past two years. While there is nothing unique about local despotism in Lebanon, it has taken new shapes and forms today.

These national developments give much stronger explanatory power for the presence and rise of “Jnoud Al-Rab” as a militant group. Another component which ought to be highlighted is the empowerment of local “securitization” initiatives in Achrafieh from 2019.

“We’re willing to take up arms,” said Kataeb MP Nadim Gemayel in response to a heated conversation between him and his adversary Hezbollah MP Nawwaf Al-Moussawi in February 2019.

Around four years later, an initiative backed by Gemayel himself and dubbed “Neighborhood Watch” was launched in the region in November 2022. With the stated goal of “monitoring crime in the neighborhood”, the initiative represented a publicly-proclaimed greenlight to create a parallel local security force in opposition to Hezbollah.

The growth of “Jnoud Al-Rab”, similar to the rise of ISIS, Hezbollah, or any other “social movement” does not only concern the agency of the movement’s participants, but also the agency of enablers within the regime itself. In simpler terms, local manifestations of the regime have already justified the advancement of these despots.

Reactionary politics in response to progress

On the other hand, an interesting distinction which makes Jnoud Al-Rab rather unique when compared to former local despots is that they subscribe to a particular worldview which has global echoes.

According to a plethora of experts on populism and fundamentalism, far-right extremism is now a “global” phenomenon. Across Europe, Asia, and the United States, calls to fight back at multiculturalism, diversity, and immigration have been widespread.

Often accompanied by nostalgia as a rhetorical tool to restore a “grander” past, an obsessive return to cultural politics is attempting to reverse progress made with regards to rights to women, the LGBTQ+ community, and minorities.

These updates have induced immense fears and anxieties amongst marginalized groups within Achrafieh and the surrounding community, given that they occurred right after ultra-conservative religious voices grew louder in Beirut’s Muslim community.

The latter developments included a media war against opposition MPs Ibrahim Mneimneh and Halime Kaakour and direct threats targeting members of the LGBTQ+ community following a call to protest a troublesome ministerial decision.

“Jnoud Al-Rab was directly utilized as a card to justify the Minister’s decision back in June,” said Azzi.

Lebanon’s anti-establishment movement, primarily composed of secular participants, is facing perpetual crises concerned with the inability to garner resources, sustain momentum, and block regressive policy and counter-revolutionary forces. This has developed in a variety of ways, but one primary symptom is a worrisome separation between the “militant/activist pool” and more “normative” components of Lebanese society.

Contrary to the state of politics in the United States and Europe, Lebanon cannot afford a “culture war”, particularly one that can be further exploited by ruling class actors with far more resources than those pushing back from the grassroots. However, legitimate fears amongst members of the queer community also necessitate protection and solidarity.

The challenge of creating a more “popular” anti-establishment movement in the country puts forth a number of tough questions for progressive, secular forces.

How can one force the general population to “pick its battles” and prioritize resisting a neoliberal, fascist, and sectarian regime, while at the same time producing a culture which normalizes individual freedom and dignity in the midst of a crushing socio-economic crisis?

Formulating an answer to this question belongs to the domain of creating power from “below”, around which many lessons can be provided by stories of movement-building which followed the October 17 uprising.