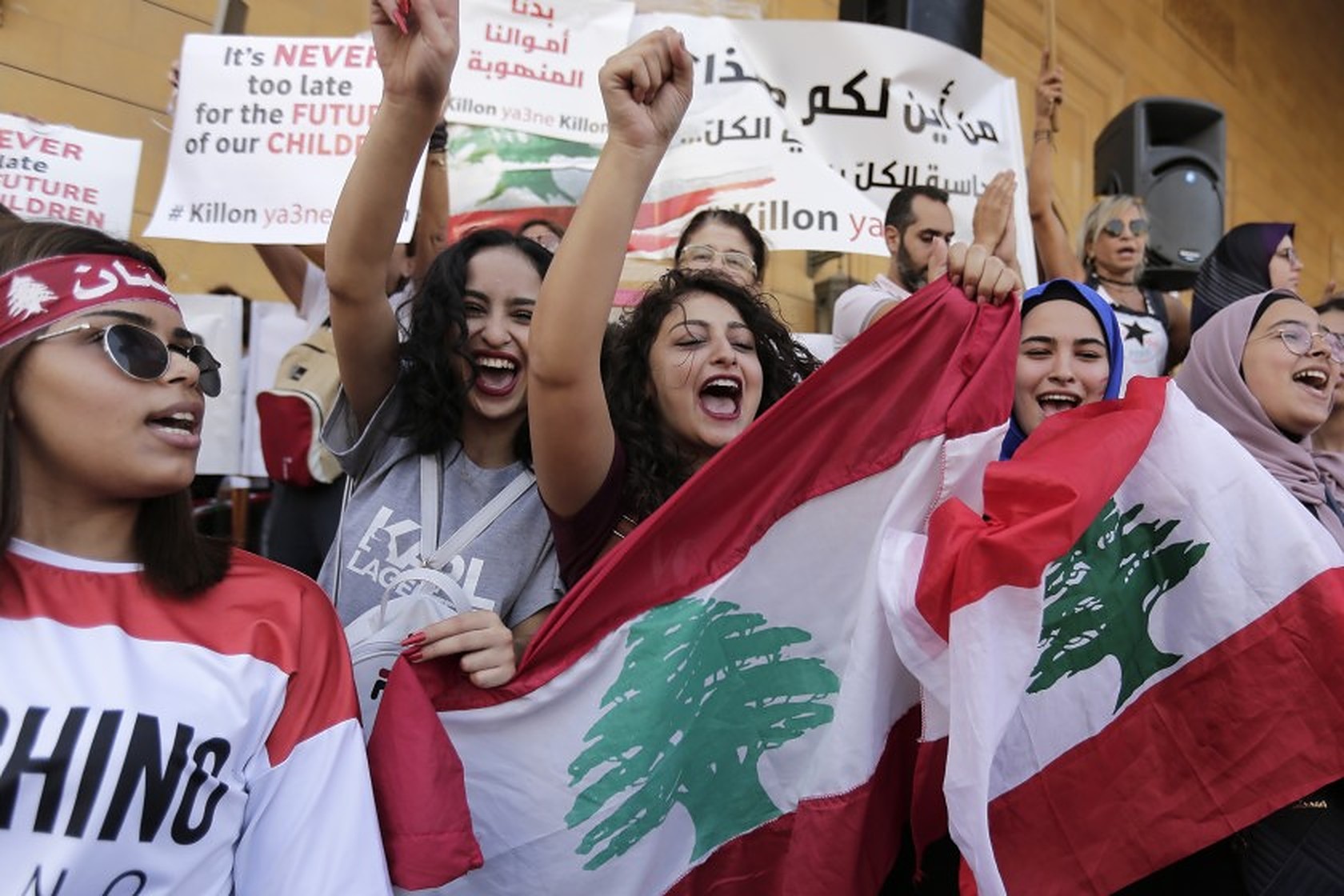 One time in fourth grade, I came back from school and asked my mother a question I felt was normal.

And while the fourth grade might have been a long time ago, I remember her displeasure at the question. “Who taught you this? Don’t you dare open this topic again. If anyone asks, you are Lebanese.”

Like me, youth struggle with opening up about their inherited sects and religious beliefs in a civil society setting. And for those who lived through the deadly war, the topic often ignites fears and causes trauma to resurface.

Since the end of the Civil War and to different people, sects have either become all we talk about or all we avoid.

To ensure the divide that fuels clientelism in Lebanon, political class often rely on the fear of “the other”—which in this case is denoted by individuals from another sect. More often than not, a new civil war is referenced in the case of any minor inconvenience.

“Two of the root causes of  the sectarian problems in Lebanon are fear and lack of trust between communities and sects,” said Lea Baroudi, CEO and founder of Lebanese non-profit MARCH. The NGO promotes social cohesion and personal freedoms.

Feelings of protectiveness, belonging, and relevance are tied to the idea of being born into a political identity without having the will to learn about any another, because of the inherited fear that other sects do not resemble one’s own beliefs and values.

The fear of getting to know the other can be spotted in the Lebanese educational system, particularly the country’s history books: History in them stops at the year 1943, when the country gained independence from the French mandate.

“There is a vacancy in the educational system in Lebanon,” said a history teacher at one of Lebanon’s American-system private schools.

“I don’t understand how schools expect students to be shushed up about topics that we are suffering from today,” she continued. “Prohibiting students from discussing anything related to sectarianism or after the civil-war drives this generation towards more ignorance, and thus, conflict.”

This paranoia about sects was inherited from parents and the educational system. The fear molds into the idea that people from other sects cannot work towards a goal that caters to the interests of both, or the belief that in an open discussion, there will always be intolerance between both.

Fear 2: Dealing With The Past

In psycho-analysis, the psychodynamic model has long believed that we can reinvent who we are and who we would like to be by unwinding the past—by breaking down and then rebuilding through tolerance and reconciliation, reform, and resilience.

But the issue in this case is confronting a difficult past littered with conflict, war, aggression and hostility. How does one confront the trauma of the civil war, an era of violence and death that seem to be so embedded into the generation that lived it?

“I refrain from discussing any topic related to the civil war because I am afraid of the flashbacks that I might get and of re-imagining the fear that we used to live with,” said Reem, a 47-year-old mother of two. “They were such ugly times that I do not want to remember, and I do not want my kids to know about it. What their generation is living through today is enough.”

And how do we even begin confronting the past when taking care of mental health is still stigimatized in Lebanon? The answer is: Slowly but surely. We’ve seen the reconciliation, reform, and resilience method being implemented by NGOs and independent groups in Lebanon post-October 17.

The starting point of these discussions has been marked by a series of open debates and conversations, which were held daily in public spaces during the uprisings in 2020.

For youth in particular, fear about revealing their sect is usually related to fear that people would associate them with the actions of leaders in the civil war.

“I think that the youth tend to be ashamed of their sect because there are so many stereotypes, usually wrong, that surround the sects and because they do not want to be viewed in a bad light,” said Reem Haidar, Political Science and International Affairs intern at UNSCOL. “And because there is no conversation about the other, it creates a cycle within the society.”

This poses a problem to the right to self-expression and identity. People fear being subject to intolerance and bigotry after opening up about their sect, despite it being something they were born into.

“When the youth fear being judged about their sect, they try their best to hide their identity, and this affects their basic human right to freedom of self-identity and expression,” said Haidar.

“Whether we like it or not, the sect affects who we are. It affects the values we live by and sel-identity. So when we try to hide our sect, we are automatically hiding some of our characteristics and personality traits that create our inherited identity.”

In the era after the economic crisis and October 17 revolution, swapping shame and avoidance towards the sects we were born into with acceptance may be one of the acts that pave the way for a better Lebanon.