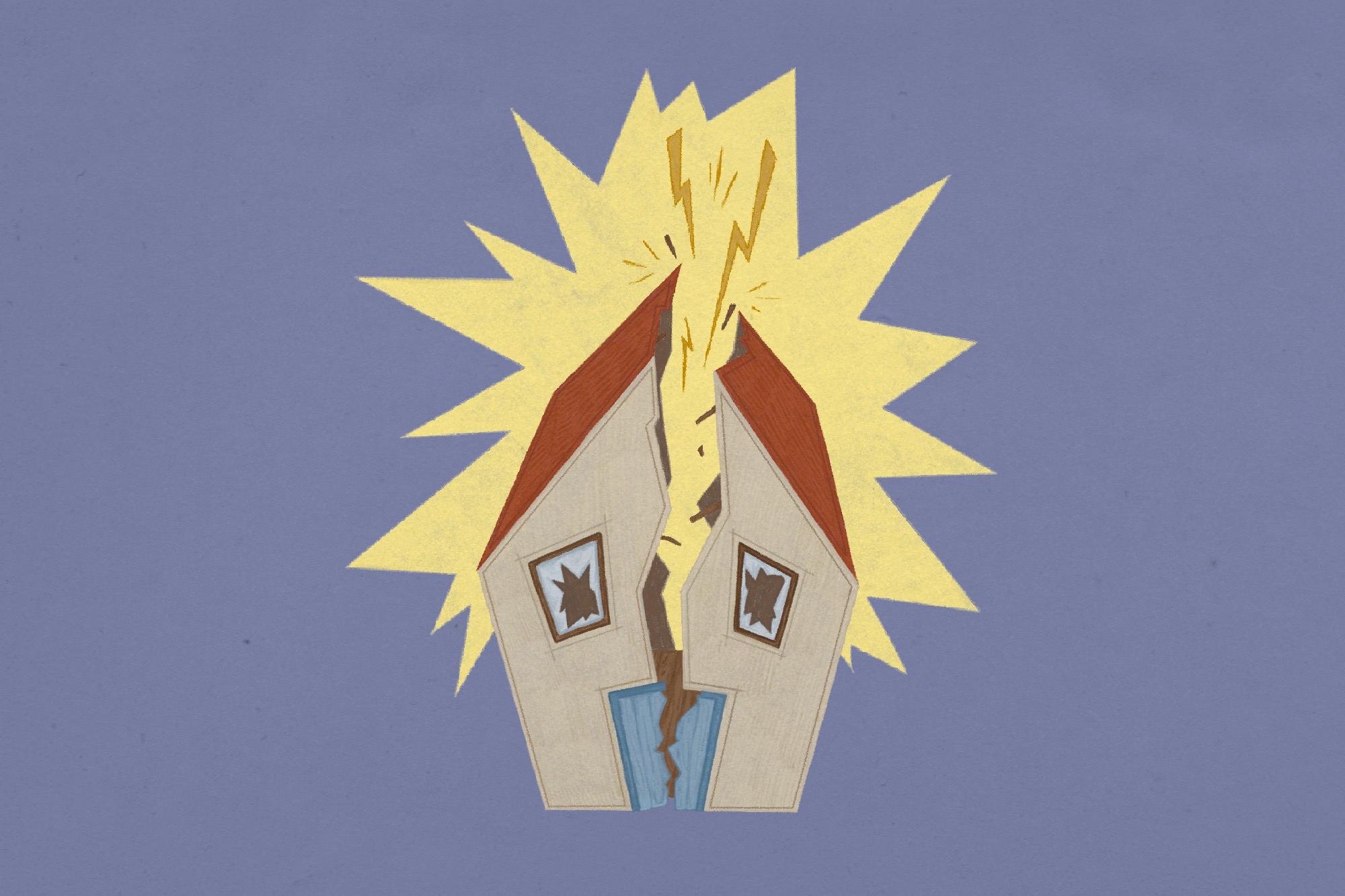 “We are on the verge of a displacement crisis.”

It is with these words that Jana Haidar, Housing Monitor Coordinator at the Public Works Studio, described the status of housing in Lebanon.

“There is a significant increase in rent prices as opposed to meager salaries and great greed by landlords,” she told Beirut Today. “Meanwhile, the state is static, helpless, and not doing anything.”

Haidar said that a large number of tenants have been forced to vacate their homes because they are unable to pay rents after the increase in prices, which led to great displacement during the unparalleled economic crisis that the country is going through.

The Housing Monitor is an interactive online platform for consolidating research, building advocacy and proposing alternatives to promote the right to housing in Lebanon. It seeks to develop a more comprehensive approach to housing, affirming that housing goes beyond just having a shelter to include social networks and access to resources provided by the surrounding neighborhood.

According to Haidar, landlords are asking for an increase in rent payments either by asking for more Lebanese pounds or forcing payments in dollars at the parallel market rate. As rent costs are rising monthly, she urged tenants to know their rights—especially since they are not obligated to respond to the landlord’s demands.

Video | We ask people in Lebanon about increasing rent prices

Four and a half years ago, T. Ghosn rented a two-bedroom house with a salon and one bathroom under a verbal contract. The husband and father of four daughters, who lives in Bekaa and works as a freelancer, agreed to pay $200 to the homeowner—or LBP 300,000 at the rate back then—and it was being paid in the local currency.

“There is a verbal contract with the owner,” he told Beirut Today. “Within six months, the rent increased from LBP 300,000 to LBP 1.5 million. This is intolerable given the economic crisis we are suffering from.”

Ghosn’s legal advisor recommended that he refuse the increase, despite the contract between the tenant and the owner being verbal. He explained to him that writing the contract is more for proof and not for sealing a deal, and that resorting to specialists in these cases is necessary.

Watch | Housing in Lebanon: A multifaceted crisis worsened by the collapse

Lawyers have also asserted that the absence of a written contract does not negate the existence of a contractual relationship that gives the tenant rights and imposes obligations on the landlord. The law recognizes an oral lease and would provide tenants the same legal protection as those with a written lease, so long as the tenant can substantiate the terms of the verbal agreement.

The legal protection for the tenant in the contract extends for a period of three years from the date of signing the contract. The landlord is not entitled to amend the terms of the lease, such as an increase in the rent price, or terminate it without  a legal reason. In all cases, the landlord is not allowed to evict the tenant without obtaining an eviction notice issued by the relevant court.

“Let him do whatever he wants,” Ghosn said, confirming he decided not to comply with the landlord’s request and pay more for rent. “Staying at home is a right, and I will not give up my right and the rights of my children.”

International conventions, human rights legislation and local laws all affirm that landlords are not entitled to evict tenants without a judicial order. As long as the eviction is not consensual and is not carried out by a judicial order, the tenant has the right to refuse to leave.

A legal gap is protecting tenants and maintaining the rights of landlords, noted Maya Saba Ayon, the legal coordinator to the Housing Monitor and the Advocacy officer for the Right to Housing.

“Our monitoring of the work of the parliamentary committees did not reveal any proposals or draft laws to regulate rents or protect tenants,” she said. “In all cases, any law issued without guaranteeing a comprehensive housing plan will offer a solution for a short period without addressing the core of the crisis.”

Meanwhile, Hussein A. benefits from the old rent law prior to 1992. The Ras Beirut resident, who lives with his mother and two sons, is protected by the tenancy law that gives him the right to extend his lease and its terms regardless of the wishes of his landlord. But three months ago, his landlord began refusing his rent.

“It’s true that I benefit from the right to extend the lease, but I fulfill my obligations and always pay rent,” said Hussein. “I also pay the services and building expenses.”

“There is no doubt that the rent I pay is low,” he said. “But that’s not my problem. It’s the problem of the state, which was unable to regulate the housing crisis and the issue of old rent contracts.”

Hussein works in a private company and receives his salary in Lebanese liras. He refused to comply with any increase in the value of his rent, stressing that his salary barely lasts his family for half the month and sometimes it is all spent in the first week of the month. He then resorts to borrowing from his mother or his expat brother.

The economic crisis affecting the whole country has made his family’s situation more difficult, he told Beirut Today.

Jana Haidar from Housing Monitor also highlighted that Lebanese tenants are able to stand up to landlords and negotiate a rent that suits their ability to pay, something that is impossible for refugees and foreign workers who are evading Lebanon’s sponsorship system—likened to modern-day slavery—and working without legal identification papers.

Pay more or be evicted

Despite the already difficult conditions they are going through, the rent crisis has made matters even worse for Syrian refugees as well.

The weaker of the two teams when it comes to negotiations, refugees are often subject to eviction at any time if they refuse to pay additional rent.

Um Ayham, a Syrian refugee who lives in a house in the Bekaa region, told Beirut Today her landlord is now insisting she pay double for rent. She says he is threatening her with eviction, giving her only until the end of the month to pay.

Um Ayham acquiesced to the owner’s request and agreed to sign a new written contract worth one million Lebanese liras for a period of three years, as stipulated by Lebanon’s current investment law. Her landlord refused, and was satisfied with a non-renewable verbal contract for a period of one year.

Haidar criticized how landlords and homeowners are exploiting vulnerable refugees, especially those without identification papers, and threatening to report them to security forces who may deport them.

She also spoke about landlords with a history of criminal precedents, or who have great influence and connections that allow them to abuse their tenants by means of—for example—excessive force, harassment, threats with force of arms, or extortion.

Haidar also pointed out that there is great chaos in the absence of the state organizing these disputes.

For the Housing Monitor and Public Works Studio, it is essential to redirect the discourse on the issue of the housing crisis towards the role of the state and the importance of setting comprehensive housing policies.

Haidar believes that directing the media to focus on the issues between landlords and tenants is wrong, as the core of the issue remains the absence of the state.

She urged the media to ask questions to the state, including: What have you done so far to solve the housing crisis? Why aren’t you moving to solve the issue? What resources and plans do you have to solve it?

She reiterated that associations cannot act as a replacement for a just, capable and equitable state. NGOs, civil society groups, and other non-state actors can act quickly, but for a limited period of time. However, they are sometimes the solution to following up with cases of eviction or threats of eviction when the state has no initiatives or resources in place.

“There is no solution to the housing crisis unless the state establishes a fair housing policy that considers the different needs of society,” she said after a moment of silence. “It must be a holistic policy that ensures homes for all groups.”

Good housing policies require a pattern of thinking, their ultimate goal being to achieve fair housing for all. Their implementation also requires the presence of different programs, including housing units established by the state to break established monopolies in the private market.

At a time when salaries weigh so little in the face of rent expenses, Haidar believes renting private homes has become similar to extortion—especially because housing is an integral right.

While the state has long been absent when it comes to the housing crisis, the issue was exacerbated during the COVID-19 pandemic and the major economic crisis that started being felt by Lebanon in 2019. It is now more than ever that state intervention has become necessary.