Beirut Today
Home Economy Who gets to eat? Bread crisis soars in Lebanon 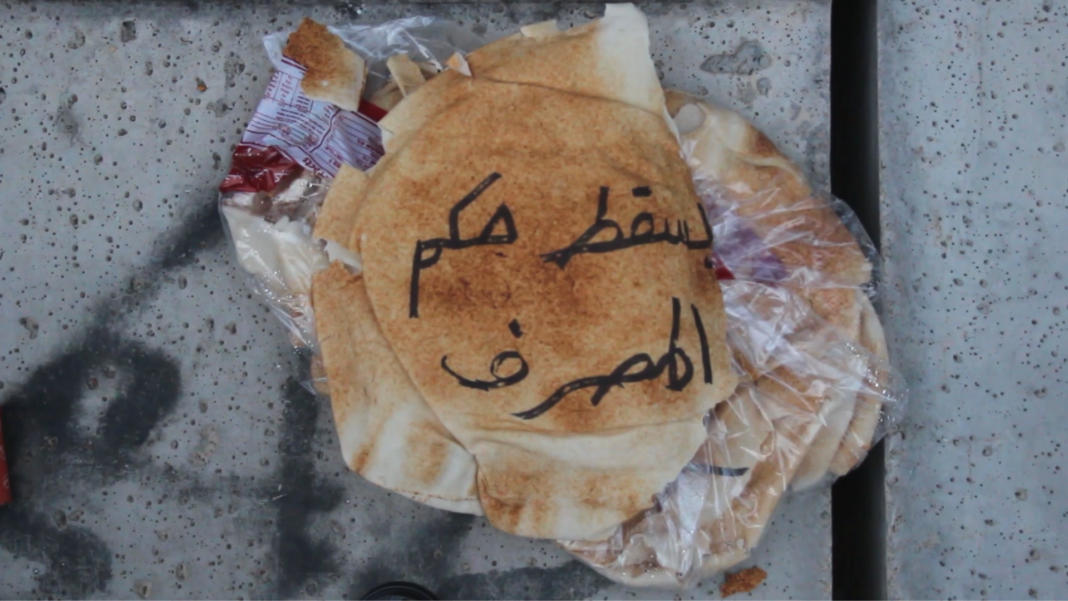 History and the current Lebanese context specifically show that identitarian, cultural, and pseudo-value-based issues arise intensely in the midst of economic crises.

In one of the worst socioeconomic crises in the country’s recent history, political figures, as well as politicized religious institutions in Lebanon have shown more propensity to target refugees, feminist movements and marginalized communities than the current political system in place responsibility for the crisis’s totality.

Lines of Bread and Calls for Expulsion

With lines of bread showing up on bakery doorsteps, calls for the exclusive distribution to Lebanese residents have been on the rise on social media platforms, with many calling for bakeries, security forces, and even citizens to kick out refugees from the lines of distribution.

These of course aren’t isolated incidents, but part of a large campaign by ruling class political parties throughout the last several weeks to vilify refugees and scapegoat them for the country’s economic challenges.

The first inaccuracy forwarded by politicized propaganda is the narrative that refugees are smuggling bags of bread across the border towards Syria.

To begin with, virtually the entirety of smuggling operations are coordinated by connected political parties or affiliates, especially those on good terms with the Syrian government.

An example is areas on the border such as Wadi Khaled, which hosted some communities supportive of the Syrian revolution during its early periods, being “punished” later on by Syrian forces through the closure of smuggling and trading routes.

The series of assaults, tent burnings, and mass expulsions which refugees have been subjected to during the last period is alone to reflect the frailty of their security status and the impossibility of them organizing small-scale operations, let alone “large-scale operations that could drain the country from its supply of bread.”

On a municipal level, this is represented by efforts such as imposing curfews on refugees and limiting their mobility rights.

On a legislative level, Lebanese Forces Member of Parliament Fadi Karam put forward a proposal during the last parliamentary council session on the 26th of July to “refuse categorically any form of inclusion […] for Syrian migrants.” It’s important to note the usage of the word “migrants” in the proposal, instead of “refugees.”

The proposal included suggestions to monitor statistical data on the number of “migrants” and a follow-up on these statistics periodically “until their return to Syrian land.”

Classic media institutions have also played their part in the incitement, with news websites such as Elnashra publishing problematic article titles like “The Syrian migrant competes with the Lebanese citizen in front of the bakeries and takes a bundle of bread from their way.”

In addition to demographic, identitarian, and cultural narratives, one the main arguments being used by pro-forced-return advocates is the fact that refugees receive high rates of fresh-dollar assistance by international organizations.

Firstly, while noting that this is no attempt to absolve neo-liberalized aid systems for their many flaws, the aid schemes designed by international organizations are definitely not based on arbitrary distribution.

Most initiatives by United Nations and aid and relief entities take into consideration sociological factors, including local sensitivities regarding the distribution of aid and the resentment that it might engender.

With that being said, most of the material aid that rushed in during the beginning of the refugee influx didn’t only benefit Syrian refugees, but Lebanese citizens as well, in both direct and indirect fashion—the latter represented by the inflow of fresh dollars into the economy.

Secondly, debunking the reality of how much aid is being received is essential to understand the intentional hyperbolizations put forward by politicians such as Gebran Bassil and the Free Patriotic Movement, Karam, and others of how much assistance refugees receive. Contrasting it with fact-based research initiatives shows another reality.

The road towards prosperity and state-building following a series of crises demands distinguishing responsibility and differentiating between the victim and the perpetrator.

The way forward also demands the identification of fact-based response plans away from populist discourses, and not calling for forcibly returning hundreds of thousands of people to their potential death.