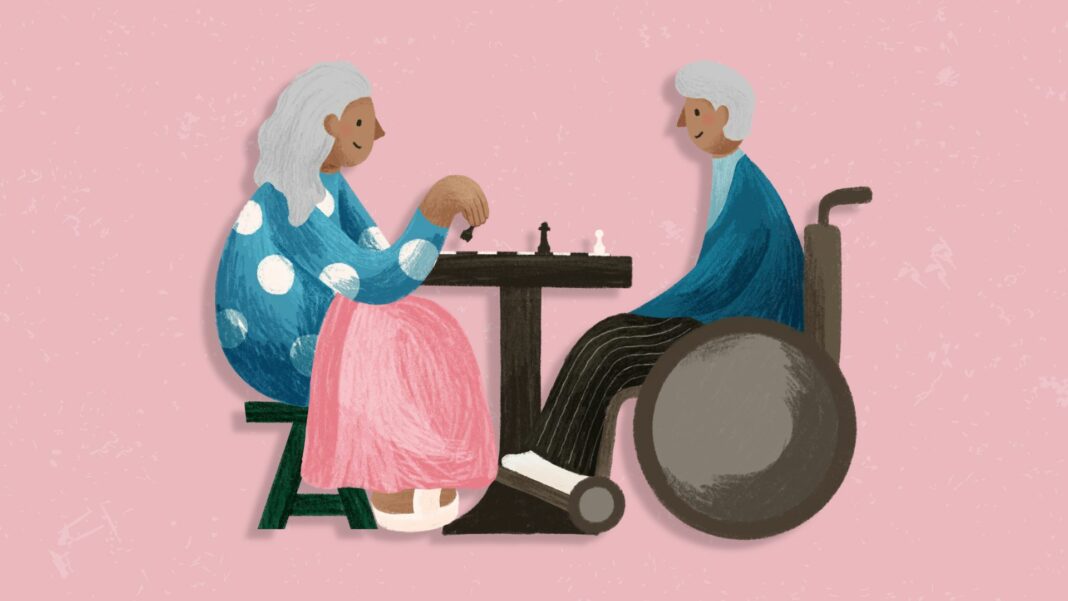 While the entire population is suffering because of the economic, social and political crises plaguing Lebanon, older people in Lebanon bear an even greater burden. The story of K. Mansour, a 68-year-old diabetic woman who also suffers from kidney failure and a weakened heart muscle, is tangible evidence.

“I don’t want to be a burden on anyone,” Mansour told Beirut Today, her voice low and tears welling up in her eyes. “I want to live and die in dignity.”

Her lungs often fill up with fluid as a result of the kidney failure, but without access to any form of healthcare coverage or private insurance, the mother of three pays a substantial sum every time she has to access the hospital.

Before finally being able to afford her last visit to a hospital, she suffered so much that she wished to die.

Getting admitted as a patient was proving more difficult and more expensive than she could afford, with many hospitals rejecting Mansour because her family could only afford to pay the $500 of the $3,000 that they were requesting upfront.

It was only after her health had significantly worsened and the oxygen levels in her blood had drastically declined that one hospital finally accepted her as a patient on condition that her family pledges to pay the money later.

In all of this, Lebanon’s Ministry of Health only contributed with  a small sum. The state’s inability to secure their needs—from food and clean water to shelter and psychological support—has pushed local and international parties to find ways that ensure their dignity and reintegrate them into society to some extent.

The rights of older persons

The International Plan of Action on Ageing adopted by the United Nations affirms the rights of older persons, dividing them under broad themes of independence, participation, care, self-fulfilment, and dignity.

Leading such rights is the “access to adequate food, water, shelter, clothing and health care through the provision of income, family and community support and self-help,” as well as their continued integration into society and living in dignity free of exploitation and physical or mental abuse.

Despite these rights sanctioned by the United Nations to protect them, the situation of elderly persons in Lebanon can—without exaggeration—be called hell.

“This country is nice, but it doesn’t respect humans,” said Mansour. “I was in another Arab country for 40 years and I returned to Lebanon without any savings, but the situation has become catastrophic.”

Mansour cannot eat all kinds of food due to her health conditions. “Another big problem is that we cannot secure medicine, and securing it has become our biggest dream after they increased its price.”

Lebanese older persons are suffering in the same way that Syrian refugees in Lebanon are, despite the latter being able to use the 01-504020 hotline provided by the UNHCR to inquire about hospitals supported by the international organization and its partners.

But most refugees are unaware of their rights, and particularly the health benefits available to them.

Em Ahmed, a 69-year-old Syrian refugee, fled from her hometown Dumeir in the north-east of Damascus back in 2015. She preferred not to share her real name, going instead by her nickname—which translates to “The Mother of Ahmed.”

She came to Lebanon with a number of family members, and lived in a town in the Bekaa region with relatives who work in agriculture. Em Ahmed is a widow, and has one son who passed away, as well as two daughters.

Crying, she recalled her memories of Syria: “I was living with my son, who was martyred during the war. I also had an unmarried daughter who lived with me, but came to Lebanon when the war intensified.”

Her name is registered with the UNHCR, which means Em Ahmed benefits from their social support system. But her distance from health centers in Bekaa has become a serious obstacle in the face of her ability to get medicated—especially in light of the skyrocketing cost of transportation.

She found an alternative in nearby clinics but the UNHCR covers less costs in these clinics and she sometimes is unable to pay for her diabetes medicine.

Em Ahmed suffers from multiple health problems, including high blood pressure, diabetes, and constant pain in her joints and leg which impedes her ability to move around.

“I live in Lebanon as if it is my country, but I dream of returning to Dumeir,” she told Beirut Today. “The economic situation here is difficult and we lack our most basic necessities, including drinking water and electricity.”

“We pass our evenings with a lantern for light because it has become too expensive to subscribe to an electricity generator service,” added Em Ahmed, who expressed she is bitter and sad about how miserable the circumstances have become.

“May God never forgive those who forced us to emigrate,” she said. “We are not happy here, and we die every day. But what’s the solution? God is watching us and we have to be patient, but I hope to at least die in my own country.”

“A Glimmer of Hope amidst the Pain”

Older persons in Lebanon constitute 11 percent of the country’s population, with an average lifespan of 78 years for men and 82 years for women, according to a report issued by HelpAge International and the International Labor Organization (ILO) in May 2022.

The report, titled “A Glimmer of Hope amidst the Pain,” shows that older people in Lebanon are living a difficult reality and grim future.

“Older people have been hit hard by the crisis in Lebanon,” said Sarah Abu Taha, the Country Representative of HelpAge International, in a press release. “Rising rates of poverty and unemployment across the country have made it increasingly difficult for most people to meet their basic needs, severely affecting the social and physical wellbeing of those in later life.”

HelpAge emphasized that it works with both older women and men in low and middle-income countries to ensure they have better services and policies that protect them, in addition to dedicating efforts towards changing the behaviors and attitudes of some individuals and communities towards older persons.

HelpAge was launched in Lebanon in 2013 in conjunction with the Syrian crisis and the increase in the number of refugees fleeing the war.

“Our humanitarian work shifted to providing health services and social services for Lebanese older persons and refugees, in cooperation with local institutions and associations,” said the organization. “We can secure a better reality for older persons by knowing their needs, capabilities, and benefiting from their experiences.”

The group said that civil society groups and other associations cannot cover all the needs of elderly, stressing the role of local institutions in teaching older persons about their basic rights to be secured by ministries and official institutions.

They say their work with the ILO will open a door with the Ministry of Social Affairs to provide aid to even more older persons, stressing that they cannot play a legislative role in Lebanon but can apply pressure and engage decision-makers in dialogue on the rights of older persons.

HelpAge has shared its number (00961-1637789) for anyone who wants to get in touch or benefit from its services. The organization is currently working on several programs in Beirut and Mount Lebanon to offer psychological support to older persons, with the support of the German Foreign Ministry and NGO IDRAAC.

Such services include: Clinic visits and consultations with psychotherapists and sessions for psychosocial support and group awareness, in addition to home visits for those who suffer from issues that prevent them from visiting centers.

IDRAAC in particular is focusing on how to protect older persons who suffer from psychological or neurological diseases—such as the early stages of Alzheimer’s disease, delirium, brain strokes and other diseases.

HelpAge is also organizing a project—funded by the European Union, in cooperation with the Ministry of Social Affairs, and with the support of a French association— that aims to train volunteers with local groups and employees of social centers in dealing with older persons and securing their needs.

Ensuring a dignified life for older persons is a necessity, whether it be done through government, different organizations, or through securing a pension fund that guarantees a minimum income for all older persons in Lebanon.

Who gets to eat? Bread crisis soars in Lebanon