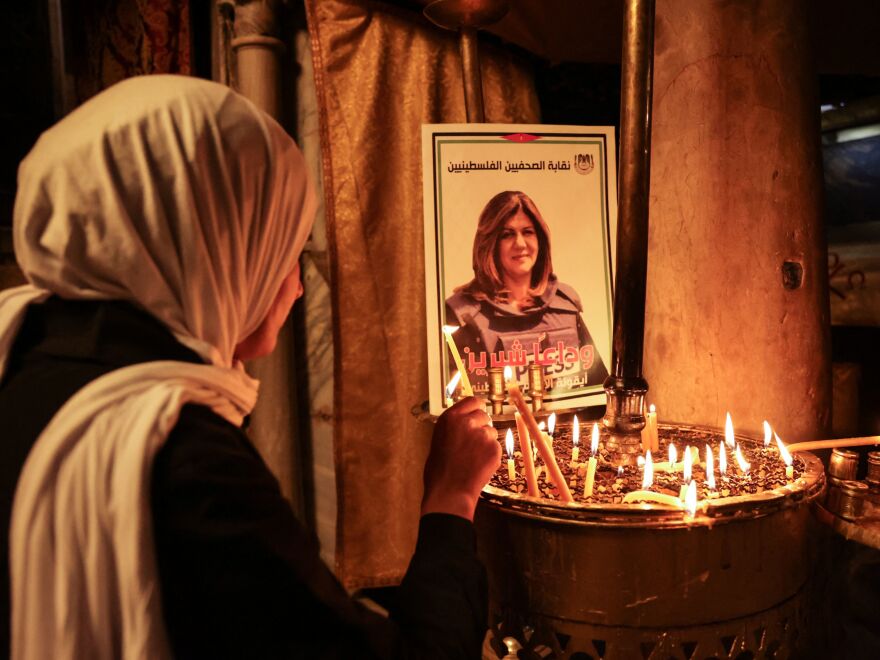 The office found no “activity by armed Palestinians in the immediate vicinity of the journalists” at the time Abu Akleh’s murder. The veteran reporter was killed on the morning of May 11 while covering an army raid in the northern occupied West Bank.

Israeli officials initially blamed Palestinian gunmen to have likely killed Abu Akleh, but later said they could not rule out the possibility that an Israeli soldier unintentionally fired the shot. The occupying state has not yet released the findings of its internal investigation, nor has it said if anyone will face criminal charges over the death of the Palestinian journalist.

According to Shamdasani, the investigation also concluded that Abu Akleh and the reporters who were on the scene made a visible effort to show they are members of the press: They were wearing  traditional vests marked as “press” and helmets, proceeded slowly to make themselves visible to Israeli soldiers, and approached the location from a side street to avoid the location of armed Palestinians inside the Jenin camp.

“Our findings indicate that no warnings were issued and no shooting was taking place at that time and at that location,” said the spokeswoman. “Several single, seemingly well-aimed bullets were fired towards them [the journalists] from the direction of the Israeli security forces.”

“One single bullet injured Ali Sammoudi in the shoulder; another single bullet hit Abu Akleh in the head and killed her instantly.”

The OHCHR said bullets continued to be fired at an unarmed man who tried to help Abu Akleh and towards Shaza Hanaysheh, a journalist taking cover behind a tree. The Palestinian reporter had previously said that Israeli soldiers did not stop shooting even after Abu Akleh fell, and would fire at her whenever Hanaysheh attempted to pull Abu Akleh towards her.

The conclusions of the UN are the same arrived at by other independent investigations. Shamdasani also said that it is “deeply disturbing that Israeli authorities have not conducted a criminal investigation.”