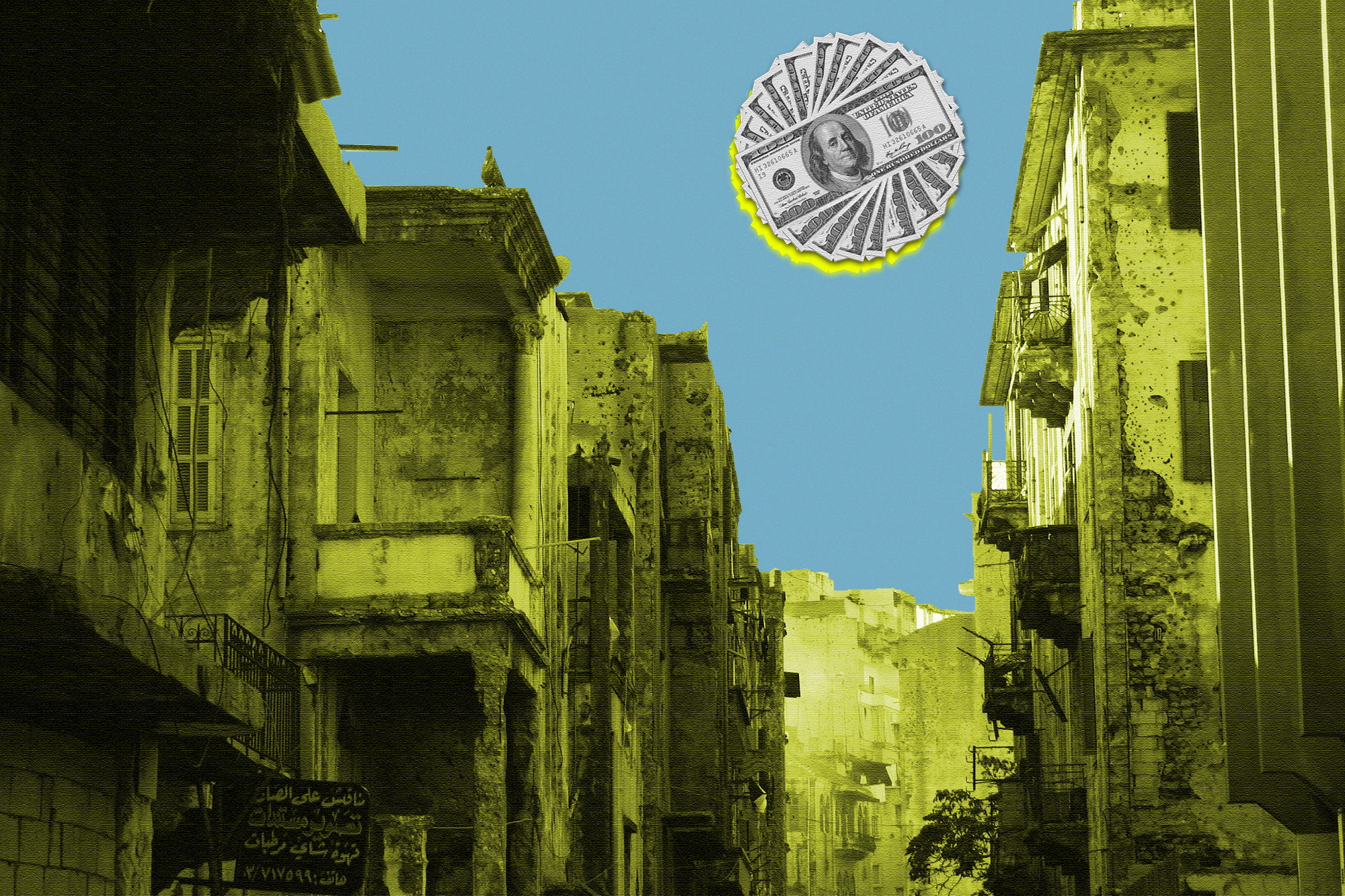 On her way home from school during one afternoon in the late 1970s, Bara’a Salameh heard gunshots fired in what was once called “West Beirut.”

While trying to reach her house, located near the green line in the Bechara El Khoury area, she avoided stepping on shards of glass, dodged stray bullets, and worked around the barriers imposed by the militias and dominant parties.

On April 13 of each year, the Lebanese remember the civil war that broke out. But 47 years later, living conditions are so bad that some of those who lived through the devastating war now believe they are suffering through something much more dangerous.

“During the civil war, I remember we used to drive to the village with only fifty liras in our pockets, and we still had enough money for the whole family, even though my father was a butcher,” Bara’a, now 52 years old, told Beirut Today while sitting inside the same home she used to run to during the deadly conflict.

“Now the whole family is working with a total income of ten million liras, and it is not enough.”

Between 1975 and the collapse of the Lebanese lira

Since 2019, the Lebanese Lira has lost more than 90 percent of its value against the US dollar on the black market, leading to an extreme spike in prices throughout what has been described as one of the worst economic crises in the world’s history.

Around 80 percent of the Lebanese population now lives in multidimensional poverty, a result of the collapsing purchasing power in the face of the unstable local currency.

Corruption, neglect, and the bitter political and sectarian divisions that have plagued the country since the outbreak of the war—and continued to do so even after the Taif Agreement— have finally set off the bomb that destroyed an already-fragile middle class.

Abla Barouta survived bombing and clashes in the civil war, but now fears a “slow death” from today’s prevailing economic crisis in decades.

“We consider ourselves to have been living in bliss during the civil war, compared to the catastrophe we are experiencing today,” Barouta told AFP. She added that despite living in a state of war and lack of security, the Lebanese were able to secure all their basic needs, food and drinks.

Today is different, she told the agency. “During the the war, we used to hide in houses or basements every time we heard bombing, but today where can we hide from hunger, the economic crisis, the coronavirus pandemic and our political leaders?”

Despite all the suffering experienced by the Lebanese people and the debilitating repercussions of the COVID-19 pandemic and the August 4 explosion, political parties continue to create obstacles in a country wandering inside a dark tunnel with an unknown destination.

Between 1975 and the lack of basic needs

While Amal Dyarbi, a 49-year-old mother, did not forget the battles, the unrest, and the sectarian division of areas between armed parties and militias during the war in her city in Sidon, South of Lebanon. Yet, she said that food and medicine were more readily available than today.

While the state of living during the civil war was harsh, the Lebanese did not stand in queues to get bread, fuel, and medicine at exorbitant prices.

“Although the militias imposed a special system in their areas, as happened in my city in Sidon, the dollar was accessible, there were food and medical supplies, and fuel was easy to obtain, unlike today,” said Dyarbi.

The war ended with an injection of funds that reconstructed Lebanon at an incredible speed, but it would eventually become clear to the Lebanese that the period they lived in starting from the end of the civil war until the 2019 revolution was only a fragile fantasy.

The 2019 revolution marked a major shift for the country, a last fighting breath before the funeral of a homeland whose reality has pushed citizens to consider the memories of the civil war to be nostalgic.