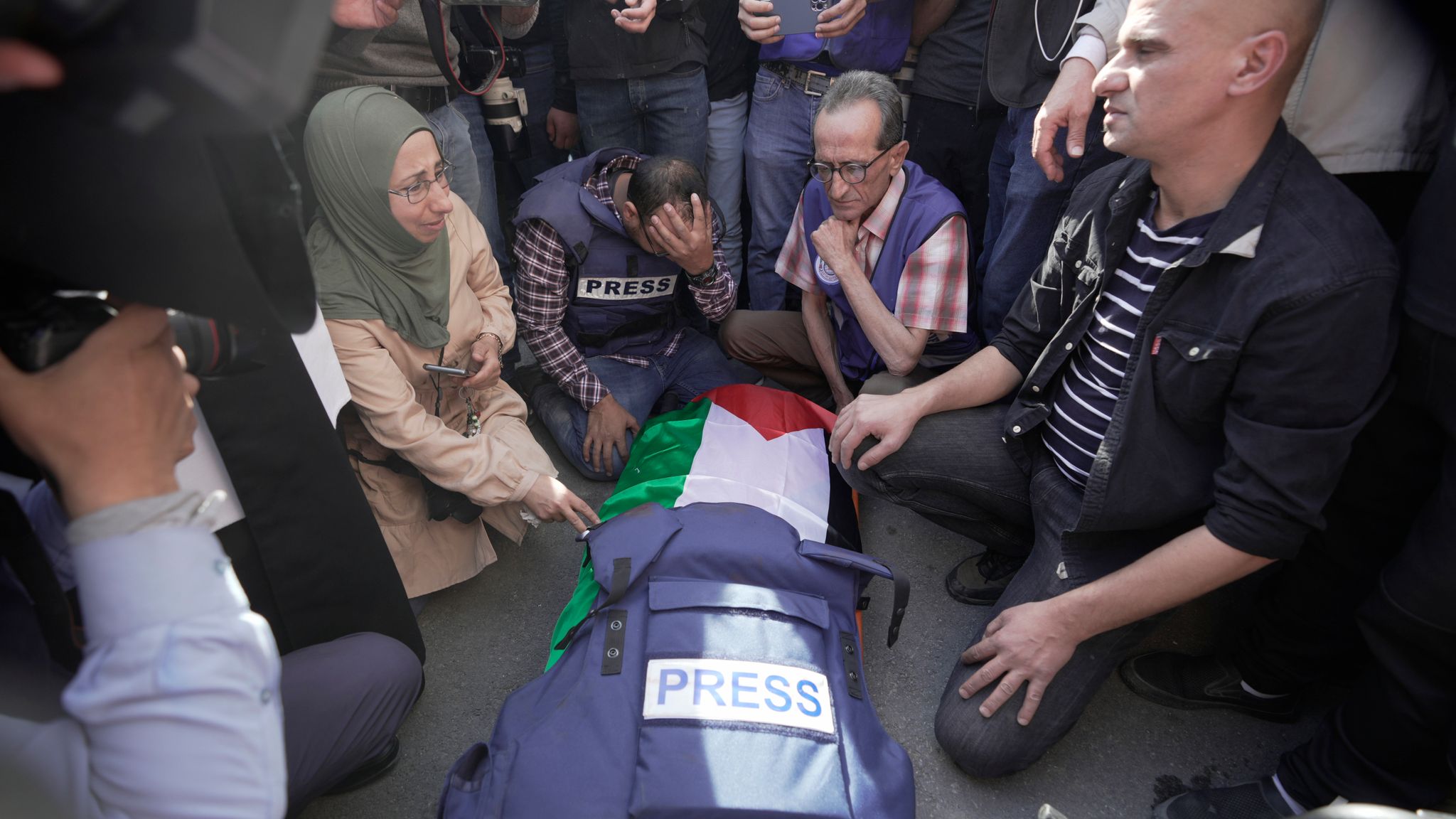 Palestinian journalist and Al Jazeera reporter Shireen Abu Akleh was fatally shot this morning by Israeli occupation forces while covering an Israeli raid in the West Bank town of Jenin.

Various reports state that occupation forces shot the journalist in the head, causing her death soon afterwards. In video footage of the incident, Abu Akleh is seen wearing a blue press jacket to help her stand out in the crowd.

Occupation forces have announced that they are “investigating” the event and looking into the possibility that the journalist was “hit by Palestinian gunmen.”

Ali Samoudi, another Palestinian journalist who was working as her producer, said there were no militants or civilians in the area, only reporters and the army. He actively denied the suggestion that Abu Akleh was shot at by Palestinian gunmen, calling the suggestion “a complete lie.”

“We were going to film the Israeli army operation and suddenly they shot us without asking us to leave or stop filming,” he said. “The first bullet hit me and the second bullet hit Shireen … there was no Palestinian military resistance at all at the scene.”

Journalist Shatha Hanaysha also said that there were no clashes or shootings in the immediate area. She recalls how she and Abu Akleh fled to a nearby tree to take cover from the shootings, where she unfortunately reached it before her fellow reporter.

“The occupation army did not stop firing even after she collapsed. I couldn’t even extend my arm to pull her because of the shots. The army was adamant on shooting to kill,” she said.

In response to the tragedy, Al Jazeera released a statement blaming Israel and calling on the international community to “condemn and hold the Israeli occupation forces accountable for deliberately targeting and killing our colleague, Shireen Abu Akleh.”

The occupation’s military denies any wrongdoing, saying that they “fired back” in response to heavy gunfire and explosives in the town. Israeli Foreign Minister Yair Lapid proposed a joint investigation in Abu Akleh’s death in collaboration with Palestinian authorities.

Prime Minister Bennett blamed Palestinian gunmen for the incident, saying they “fired wildly” and “were the ones who brought about the journalist’s unfortunate death.”

As of now, the British Consulate General in Jerusalem said it is shocked at the incident, reiterating the principle importance of media freedom and safety.

During the past few weeks, occupation forces carried out raids almost on a daily basis in the West Bank.