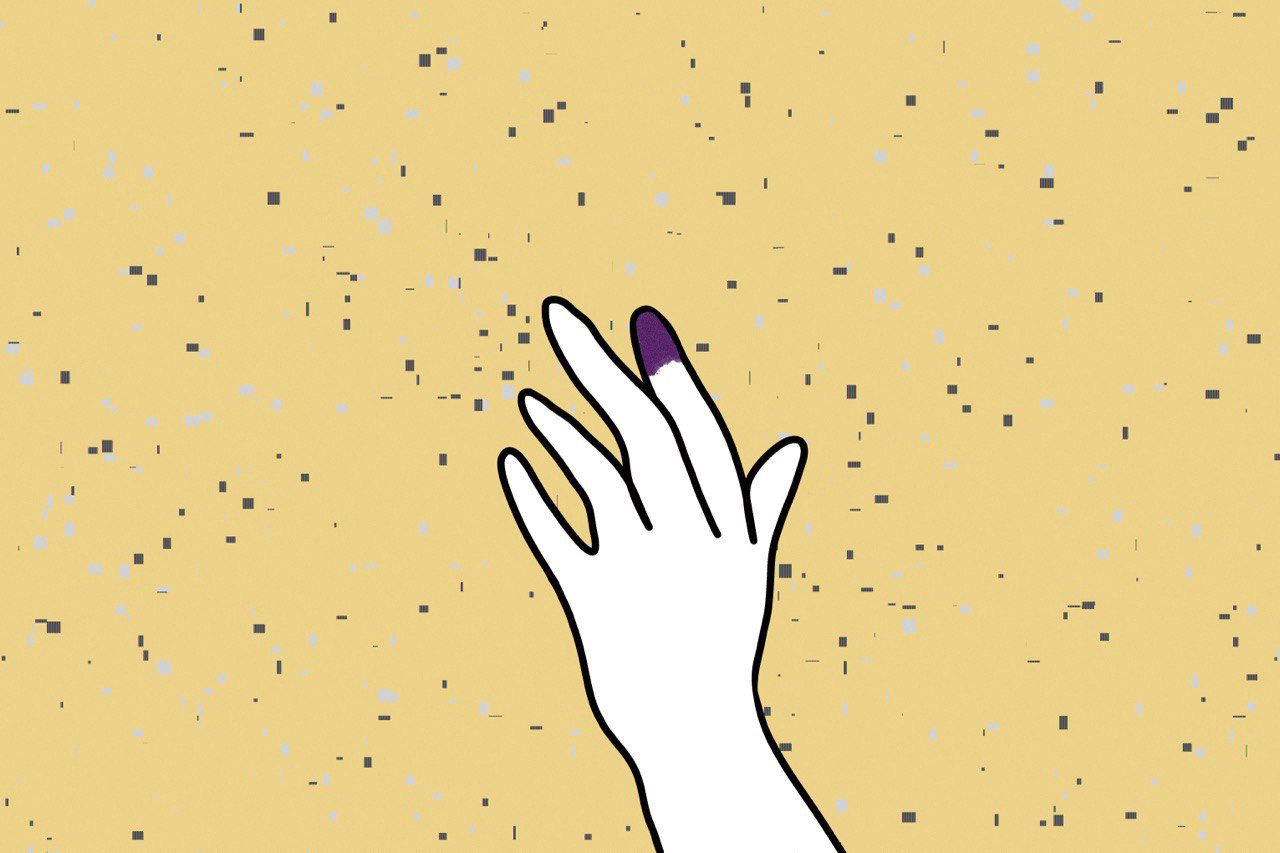 Purple thumbs took over my people’s Instagram accounts. The ink covering their fingers, slipping under their fingernails, seems impossible to remove. It’s a symbol representing the obsolete system made to benefit those political figures already in power and a reminder of the repercussions of the decisions made in the voting booth.

Today, my people voted. Around 135,000 individuals from the Lebanese diaspora, out of the 15.4 million estimated Lebanese people living abroad, voted.

To those who didn’t register and didn’t vote: What was it? Why didn’t you? Is it the ongoing despair that nothing will change? Is it the time spent away that made you feel less and less Lebanese? Is it a vendetta against me, a country that abandoned you? Is it the complexity of the voting system?

Make no mistake. I am by no means putting you on trial, I am simply trying to understand.

It does seem as if the faith of being Lebanese is to eventually, one day, move away. To board an overpriced Middle East Airlines plane, leave and never come back. Or come back, often, then less often, then rarely, then never.

You left. You have your lives in your homes away from home. You have water, electricity, education, health care, jobs, friends, dignity and dreams.

The majority of those who remain on my land only have dreams, only have one dream. The one of leaving me and never coming back. They were shot at, arrested, threatened, starved, deprived, impoverished, humiliated, suffocated and killed.

Some may argue that my decadence is the fault of my leaders, but also my people. The people who blindly followed and still follow those men who sold their souls in exchange of money. There is a deeper, more complex reasoning behind this but it is true. The division of our people caused my bleeding.

We all know that those elections might not remove those in power, but this doesn’t mean it is the end of me. Reconnect with me, reinvest in me, love me like you used to, consider me like you used to and next time, please, vote for me. I need you. I need every single one of you to live up to my potential and offer you your land back.

It wasn’t easy. You went through all the procedures, you did your research on how to vote for change, how to vote for me and where to vote for me. You were not discouraged by the same never-ending corruption you witnessed while you stood in line waiting for your turn to enter the polling stations.

Dear Lebanese diaspora who voted for change: Tonight, my heart beats a little again. You left me because you had no other choice. You left me looking for greener grass, a cleaner sea, breathable air and restored dignity. One day, I will welcome you back on your land. I will see your children or grand-children play and grow into respectable, hard-working, sincere, loyal, ambitious adults, just like you, their parents.

In the meantime, I hope to see you soon on your next visit.

You now live in your new countries, your new homes. Some of you even have new nationalities, new passports that give you all the advantages that my passport couldn’t give you.

What was it that made you vote for those criminals? Was it their corruption that caused my economy to crumble and pushed 80 percent of your fellow citizens in poverty? Was it the fact that they exploded your capital, killing more than 200 innocent people? Was it when they shot at those who went down to the streets to try and make a difference for all of you?

Make no mistake. I am, in all means, putting you on trial.

Dear those who voted for my accelerated decadence: I am happy you left me. You don’t deserve me. I only wish you were loyal to your flag, to my flag, the one with the two red stripes on the bottom and the top and the cedar in the middle.

I am sorry for the new countries that have to welcome you and for the people that will have to put up with you. I hate you. I loathe you.

Next Sunday, I urge you all to come together, as one united people and to take the decision that will bring us all back to life. You deserve it, I deserve it.