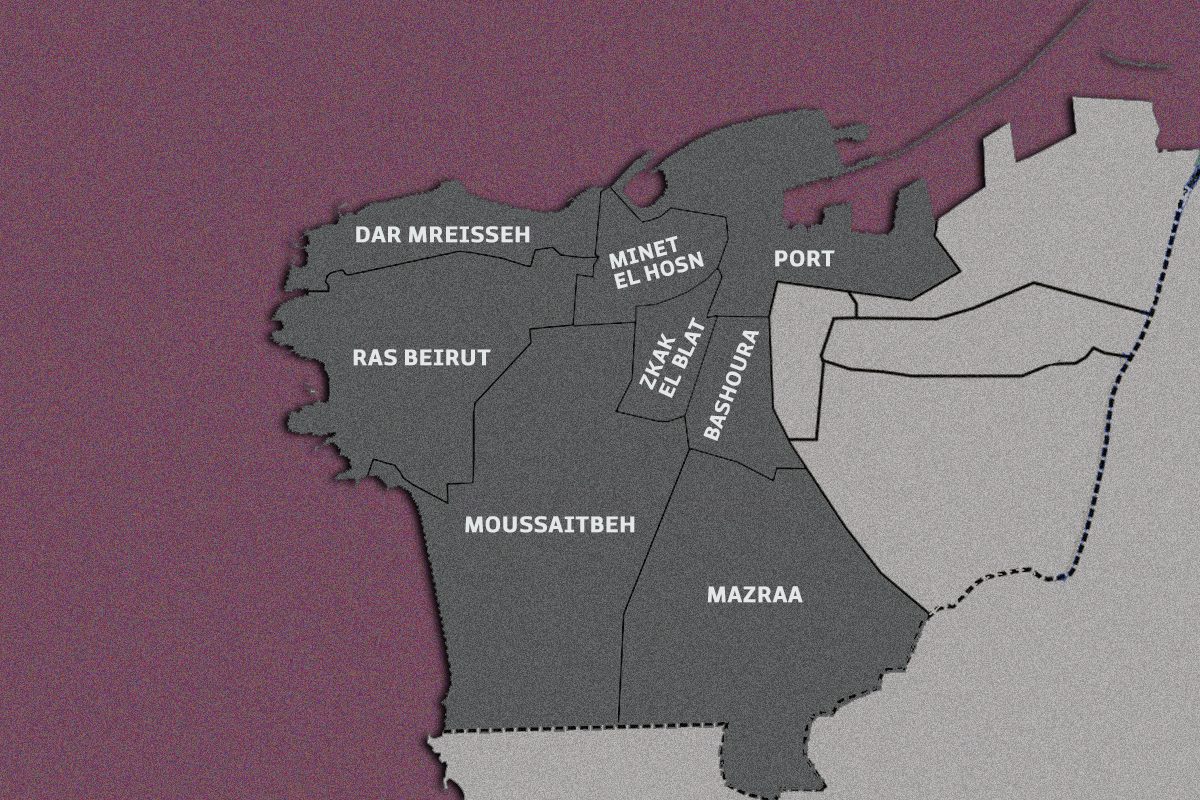 Lebanon’s first parliamentary election after the August 2020 port blast is set to take place in less than a month, but mystery still hangs over the Beirut II district.

Made up of the Port, Ras Beirut, Dar Mreisse, Minet el Hosn, Zkak el Blat, Mazraa, Moussaitbeh, and Bashoura quarters of the Lebanese capital, the district has a total of 371,020 voters.

In Beirut II, 87 candidates are competing for the 11 seats allocated to one Christian Orthodox, one Evangelist, one Durzi, two Shiites, and six Sunni MPs.

Those closely witnessing the unfolding electoral race in Beirut II have described it as “the mother of all conflicts,” a result of the difficult and complicated process it took to form the district’s electoral lists.

With the Future Movement’s decision to refrain from running in the district, the candidates are spread out across 10 electoral lists—including two from the forces of change.

Ten lists are in the running for this district’s seats:

Statistical centers have indicated that the competition may be restricted to seven electoral lists: Beirut United, Beirut Confronts, This Is Beirut, Li Beirut, So Beirut Stays, Beirut Needs a Heart, and Beirut the Change.

Experts also expect the percentage of voter participation in Beirut II to be less than that of 2018, which amounted to 41.8 percent. The number of electoral lists then were nine, and included 83 candidates.

“It is too early to discuss the percentage of voter participation for the 2022 elections,” Mohammad Chamseddine, a researcher from independent regional research & consultancy firm Information International, told Beirut Today.

He expects that the percentage of participation in the 2022 elections will be lower than that of 2018, but says it is too early to determine this due to factors such as the competition between lists, the determination of some parties to incite sectarian and political strife to sway voters, and bribes.

“The percentage of voter participation in all of Lebanon amounted to 49.7 percent in the 2018 election,” he said. “And this percentage differs between districts based on the competition in them and the democratic process.”

Elections monitoring groups such as LADE have documented the use of bribes and the purchasing of votes by traditional political parties and candidates with funding in Lebanon’s previous parliamentary elections—with the “price of a vote” increasing in direct proportion to the increase in competition.

With financiers and businessmen being a part of the competition, the price of a vote may reach record-breaking heights in the hours before ballot boxes close.

“Buying votes has a prominent presence in many of the districts, especially Beirut,” said Chamseddine. “This issue may also increase in the days leading up to the elections.”

When it comes to ranking the districts by the amount of bribes, Beirut II ranks fifth.

In a recently published study on the 2022 election, Information International pointed to the prominent and influential role that electoral bribes play in light of the current financial and socio-economic crisis faced by the majority of Lebanese citizens across all regions.

The historic purchasing of votes has become a routine process for the Lebanese parliamentary elections, but it reached new heights in the 90s and peaked in 2009.

According to Information International, the behavior of candidates remains the same despite warnings issued by the supervisory commission for elections and international observers. Promises, intimidation, extravagant electoral advertisements and media appearances, and buying votes continue to happen.

Despite the logistical preparations and the launch of electoral lists, concerns regarding the postponement of elections have once again arisen. Some analysts fear their delay under the pretense of security concerns, and others over logistical issues such as electricity cuts.

Interior Minister Bassam Mawlawi previously confirmed in conversation with Beirut Today that there are several means of securing electricity to all ballot centers on election day.

“The elections are supposed to take place on May 15. If they don’t happen, a law should be announced to extend the mandate of Parliament,” said Chamseddine, ruling out the intentions or abilities of political forces to enter such a scenario.

“Until further notice, the elections are on schedule but there’s still a slim chance that other outstanding circumstances at the beginning of May could lead to their postponement,” he added.

So far, it seems no one will dare to bear the responsibility of postponing the elections—especially not when they are under heavy international scrutiny.