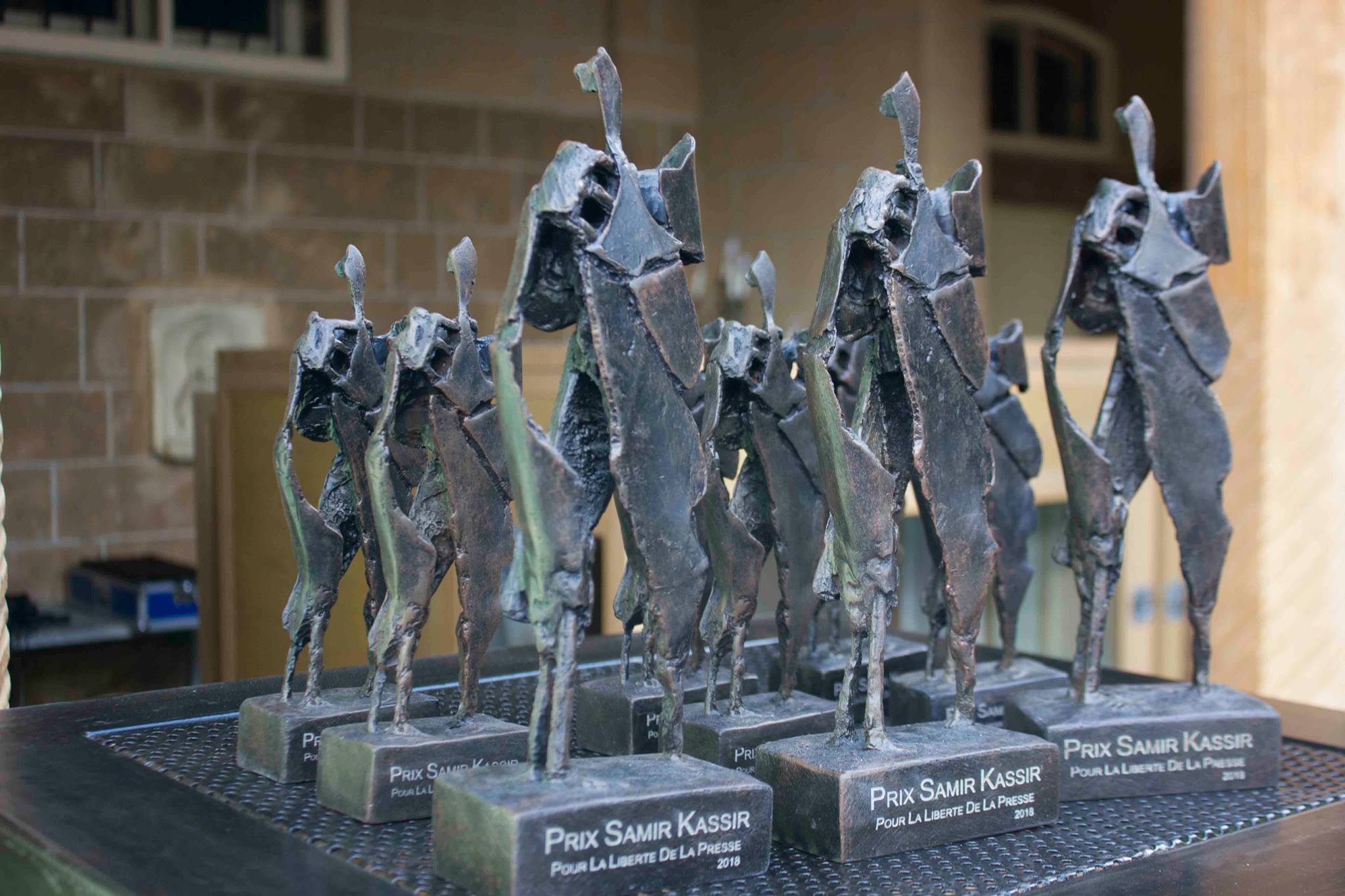 SKF launches latest edition of Freedom of the Press Award

The Samir Kassir Foundation and the European Union launched the 17th annual Samir Kassir Award for the Freedom of the Press on February 2, 2022.

The award was first launched in 2006 by the European Union in commemoration of renowned Lebanese journalist and writer Samir Kassir, who was assassinated by political opponents in 2005.

Up to 3,000 participants have participated in the awards from across the MENA region in previous years, making the awards some of the most coveted in the journalistic world.

“The Samir Kassir Award is a perpetuation of a legacy that believes in freedom of expression,” said Gisele Khoury, president of the Samir Kassir Foundation, in the launch video of the award. “It is a beacon of hope for new journalists to help them preserve their profession and their freedom.”

The European Union Ambassador to Lebanon Ralph Tarraf called upon journalists to take part in the awards and “unite efforts to promote the freedom of expression and democracy.”

Journalists from North Africa, the Middle East and the Gulf can submit their contribution to the awards up until April 1, 2022, under the categories of best opinion piece, best investigative piece, and best audiovisual news report.

The pieces should deal with one or more of the following topics: the rule of the law, human rights, battling corruption, freedom of thought and expression, democratic growth, and national participation.

The jury is composed of seven individuals on behalf of European and Arab media outlets, in addition to one observer from the European Union.

Winners across all three categories will be awarded a cash prize of 10,000 euros each in a ceremony to take place on the eve of Kassir’s assasination on June 1, 2022 in Beirut.

“The Samir Kassir Award for Freedom of the Press has kept his legacy alive, by allowing young independent journalists from across the region to investigate and speak out on democracy, human rights, good governance and civic engagement,” added Tarraf.