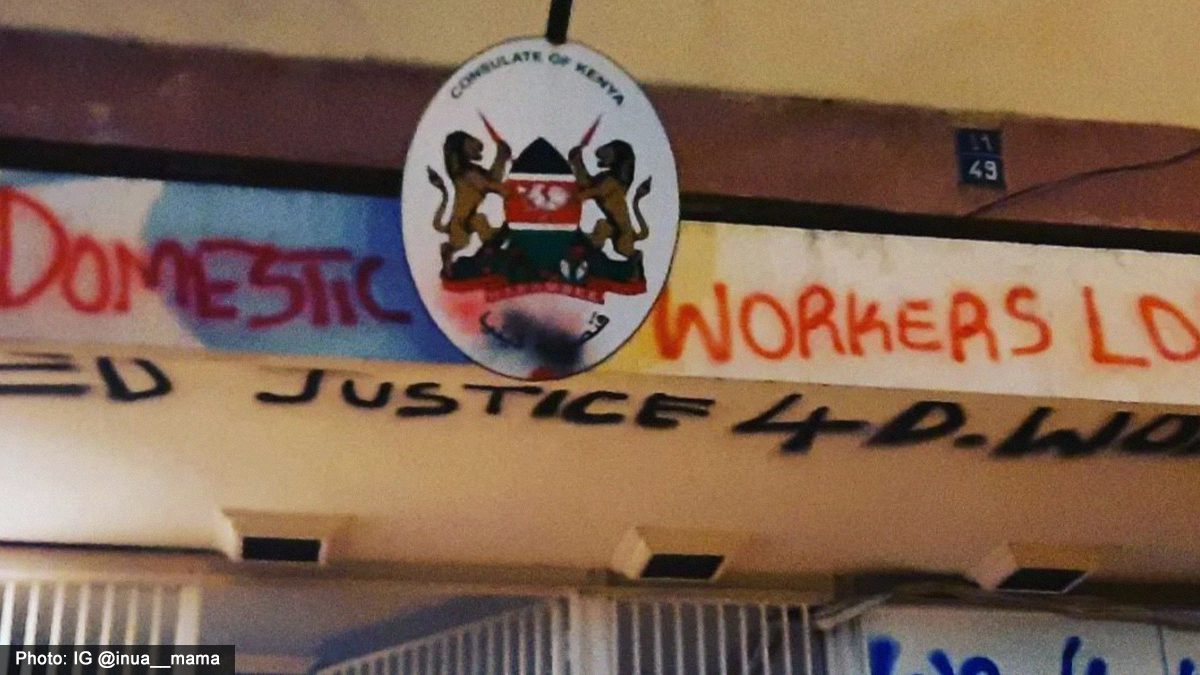 69 women are still waiting to be repatriated after weeks of sleeping outside the Kenyan consulate in Badaro, according to the Anti-Racism Movement (ARM).

Dozens of migrant workers have been protesting in the cold since January 6, demanding to be repatriated amidst the country’s exacerbating economic and social crisis.

Three Kenyan domestic workers were repatriated last week after weeks of sleeping outside the Kenyan consulate in Badaro. According to the International Organization for Migration (IOM), nineteen other workers will also be returning to Kenya this week, after multiple talks between the IOM, other NGOs, the Lebanese government and the Kenyan consulate.

The women began to gather in front of the consulate after fleeing abusive employers and dire working conditions, or after being abandoned by their employers on the streets.

Some of these workers do not even possess the necessary official papers, which remain in the custody of their employers under the abusive Kafala contract. Last week, a consular representative from the Kenyan Embassy in Kuwait arrived in Lebanon on the mission to help the workers obtain the necessary travel documents.

The Kuwaiti consular has also put up the women in a fully-equipped apartment, after temperatures reached new lows and they spent weeks sleeping in the rain.

In an interview with Beirut Today, Baba said that many of the women paid the required travel fees to the consulate and were sent to Caritas by the Vice Consul Kassem Jaber.

They were told they would spend two weeks before returning to Kenya but many ended up staying for a month and became victims of mistreatment and racism. Baba said the women tried to tell the consul they were being abused by employers and submitted photos as evidence, but received no response.

The consul also told them that they cannot purchase their own plane tickets and had to go through the consulate instead, where many paid varying rates. The consul and vice consul have yet to assume responsibilities for these actions.

In some cases, they even informed the women that it was within their employers’ rights not to pay them if a few months remained of their employment term because “they worked on getting them into the country in the first place.”

While many were looking to travel back soon, their plans were derailed when they tested positive for COVID-19. The IOM told L’Orient Today that they are coordinating with the authorities on how to repatriate them once they test negative.

Others have pending judicial issues, as per Claudine Aoun in an interview with L’Orient-Le Jour.