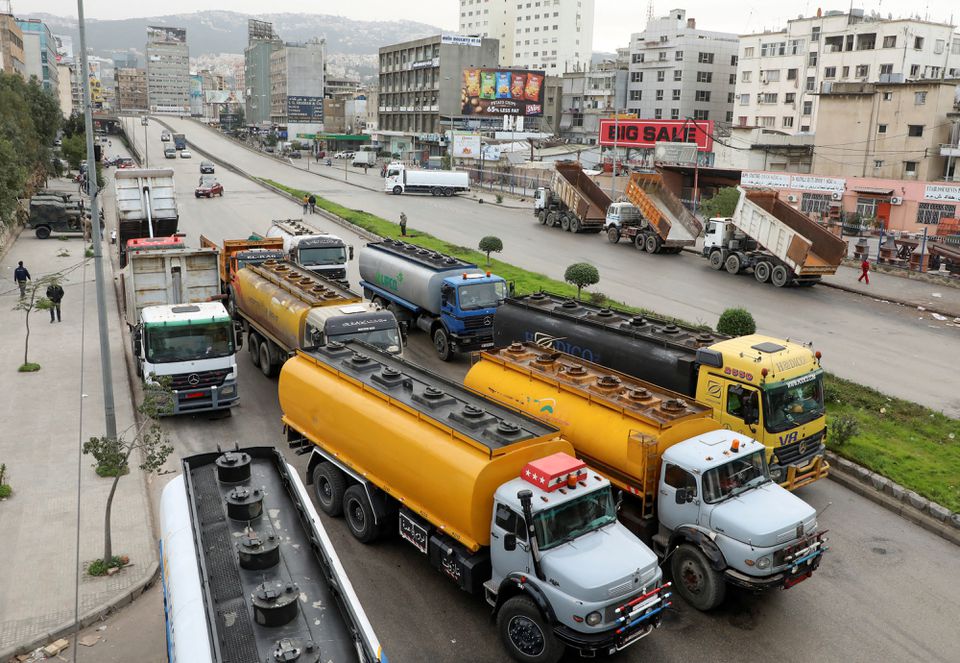 Transport unions in Lebanon have blocked multiple roads across the country in protest of the current conditions and to pressure the government to subsidize fuel and provide them with cash assistance.

Main roads in Nahr al-Kalb, Karantina, Bechara El Khoury, and near the Kuwaiti embassy in Beirut were closed, in addition to some sections to the highway leading to Tyre, alongside Zahrani, Khaldeh, Bhamdoun and Aley.

Roads were also closed in Saida, Tripoli, Akkar, Dora, Baabda, Chekka, and elsewhere across Lebanon, according to the Traffic Management Center.

Banks and schools also shut today, after Education Minister Abbas Halabi called on educational institutions to close in accordance with the strike.

On Wednesday, Head of the General Confederation of Lebanese Workers Bechara al-Asmar announced that a day-long strike would take place in agreement with public sector officials.

In spite of the multiple road closures, there has been a reported low presence of protesters on the roads.

Living conditions in recent weeks have further deteriorated as the lira plunged, trading at nearly LBP 34,000 per 1 USD on Monday. Fuel, bread, and other necessities underwent price increases in accordance with the plummet.

The cabinet has failed to meet since October, and Prime Minister Najib Mikati has yet to comment on the situation.