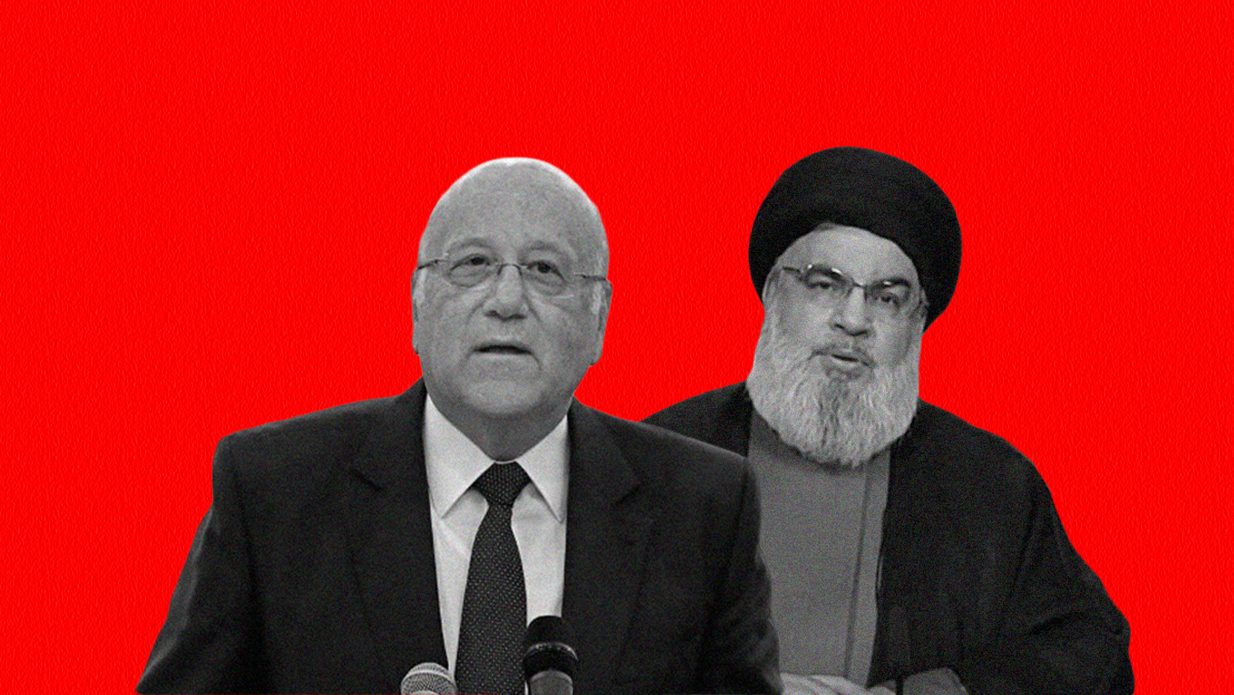 Mikati: Nasrallah’s criticism of Saudi Arabia does not represent Lebanon

Prime Minister Najib Mikati said a comment made by Hezbollah Secretary-General Hassan Nasrallah about Saudi Arabia “does not represent the position of the Lebanese government or the broader Lebanese population.”

Speaking on the second anniversary of the killing of Iranian general Qassem Soleimani by a US drone strike in Baghdad, Nasrallah accused Saudi Arabia of supporting terrorists, exporting Islamic State ideology, sending suicide bombers to Syria, Iraq and Yemen, and attempting to transform Lebanon into a “Gulf emirate.”

Mikati distanced the stance of the Lebanese government from that of Nasrallah, adding that it is not in Lebanon’s interest to offend any other Arab country.

“For God’s sake, have mercy on Lebanon and the Lebanese people and stop the hateful sectarian and political rhetoric,” said Mikati in a series of tweets.

In October 2021, Saudi Arabia, the UAE, Bahrain, and a number of other Gulf states withdrew their ambassadors and cut ties with Lebanon over a crisis that peaked when Lebanese Information Minister George Kordahi criticized the war in Yemen as being Saudi-led. Kordahi later resigned in December to resolve the diplomatic row.

“We have called for adopting the policy of dissociation from Arab disputes and refraining from harming Lebanon’s ties with Arab countries, including Saudi Arabia,” Mikati said after Nasrallah’s comments.

“While we call on Hezbollah to be part of Lebanon’s diverse representation, its leadership contradicts this with positions that firstly harm the Lebanese people and secondly [harm] Lebanon’s ties with its brotherly country,” said the PM.

Mikati, who became Prime Minister for the third-time after forming a government in September to negotiate an economic rescue plan with the International Monetary Fund, has not been able to convene a Cabinet since October 12 because Hezbollah and its Amal movement ally have spearheaded a boycott.

The government boycotters are demanding the replacement of judge Tarek Bitar, the lead investigator into the 2020 Beirut blast that killed at least 215 and wounded thousands, for his efforts to interrogate ex-ministers who knew about the dangers of the shipment that blew up at the Beirut port but failed to take action to remove it. They accuse him of politicizing the probe.