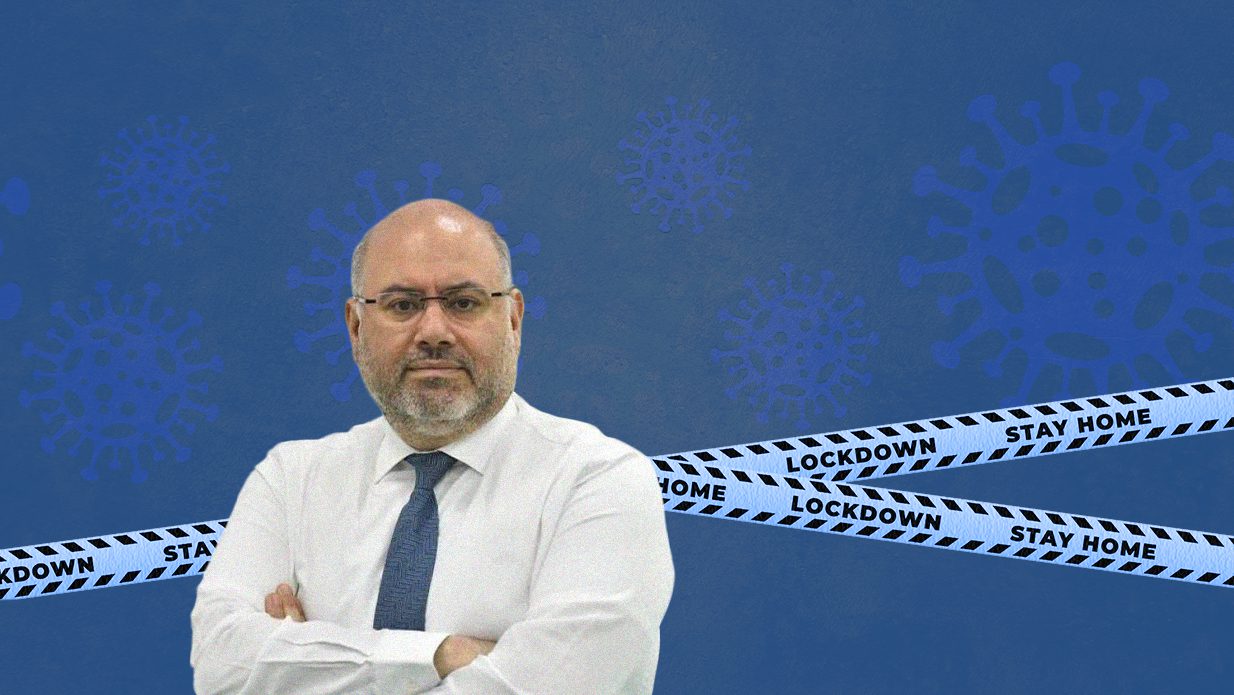 Health Minister Firass Abiad stated on Sunday that Lebanon’s Health Ministry is “ready to take the decision to close the country” amidst a massive surge of coronavirus cases over the holidays period.

The Health Ministry has also expressed fears about the spread of the highly contagious Omicron variant, whose symptoms are nearly identical to those of the common cold and flu. According to Abiad, the new wave will see large infection numbers but will recede quickly.

“The increase in PCR positivity rate over the past few days reflects a surge in community viral spread, fueled by the more contagious Omicron, and aided by the rise in social activities due to festive gatherings,” tweeted Abiad on Friday.

However, the decision to go into lockdown has largely been avoided due to concerns about its effects on Lebanon’s struggling economy. In recent months, the lira reached new lows as it rose to over LBP 27,000 to the dollar in parallel markets— the official exchange rate being set at LBP 1,570 to the dollar.

A lockdown may force the lira to plummet even further, in addition to further pushing people into poverty. According to Abiad, the decision to lockdown the country is being studied thoroughly as per the “available numbers and data” and with a special focus on its duration due to the economic crisis.

Over the holidays period, the Health Ministry set new regulations in order to curb the spread of the virus, mainly by requiring all tourist establishments to check customers for vaccination cards or negative PCR tests done within the last 48 hours of the date of visitation.

Abiad acknowledged that these measures were insufficient to curb the spread of the virus, as numbers still surged over the holidays period.

Last week, the Interior Ministry warned that it would send out security forces amidst concerns of noncompliance amongst establishments. On Saturday, the Interior Ministry declared that 176 fines were issued across the country, including 13 restaurants and bars that were forced to close their doors for 24 hours.