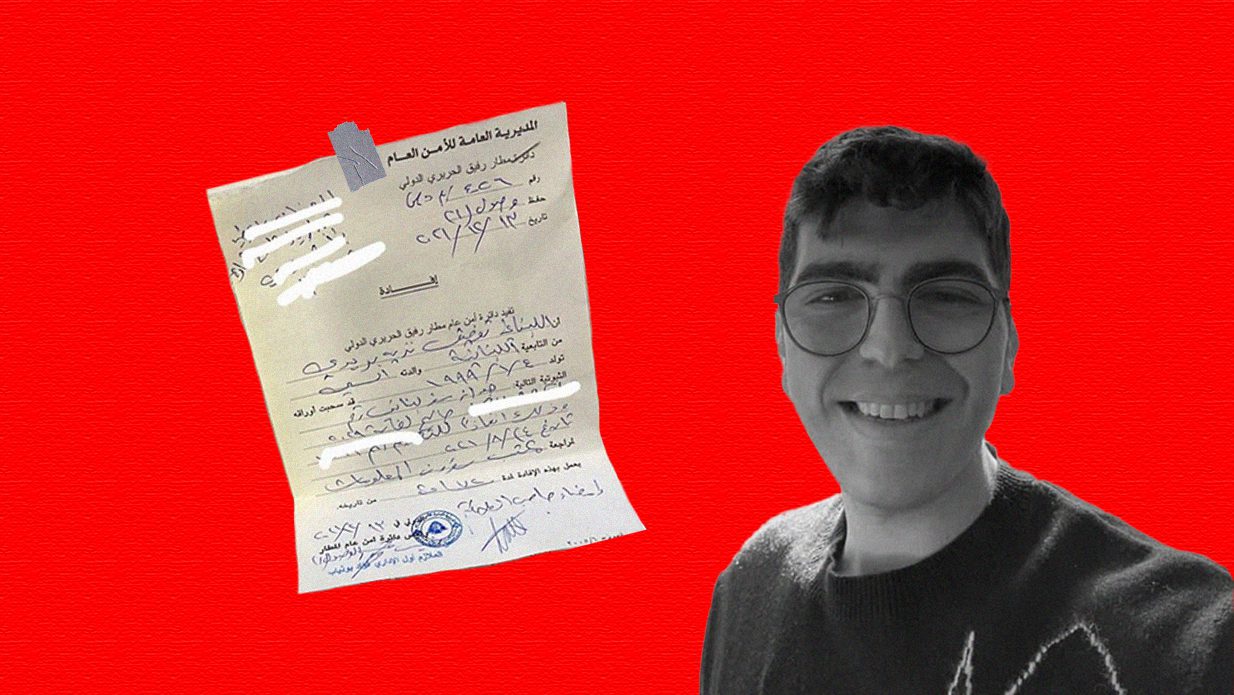 The Directorate of General Security first confiscated the social media comedian’s passport upon his arrival to Beirut late on Monday, and asked him to report to them within 72 hours.

He was accused of “insulting the Lebanese passport.”

Braidi appeared before the General Security’s intelligence branch on Tuesday for a video published earlier this year that mocks the limited number of countries Lebanese people can visit without the need for a visa. In the video, the comedian uses the Lebanese passport to fix a table, as a cup coaster, and more.

A General Security source told Annahar that the measures taken were to “warn Braidi and make him understand that this document is a national emblem which bears the cedar and the Lebanese flag.”

In a more recent video he published on social media platforms, Braidi cautioned expats from returning to Lebanon out of concern that they may be treated similarly.

Just last week, influencer Amani Danhach said a supporter of Michel Aoun requested the public prosecutor’s office investigate her under the claim of “contempt for the Presidency of the Republic.”

In March, both activist Gino Raidy and comedian Shaden Fakih were summoned for investigation by the State Security Agency and Cyber Crimes Unit of State Security respectively.

In November, the Military Tribunal once again summoned Fakih for investigation under the charge of “damaging the reputation of the Internal Security Forces.”

Meanwhile, the first 10 months of 2021 saw a 265 percent increase in theft crimes compared to the same period in 2019 as the economy continues to spiral.