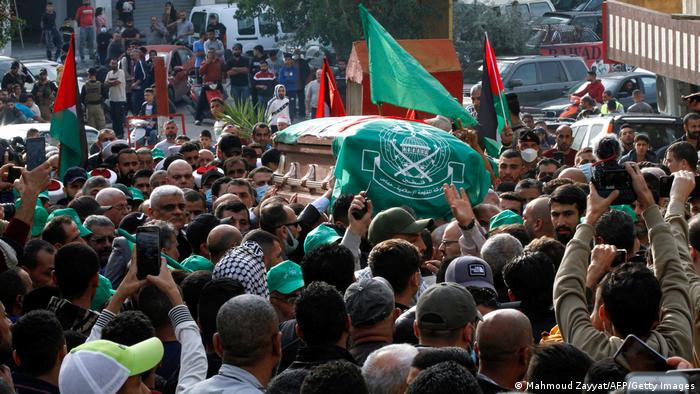 Three members of Hamas died and at least six were wounded on Sunday in a shoot-out that erupted during a funeral procession inside a Palestinian refugee camp in South Lebanon.

The funeral procession was held for a member of the group who died in a blast on Friday in the Burj el-Shemali camp, just outside Tyre.

Journalists were unable to enter the camp after the Lebanese Army blockaded the area and an investigation was launched into the matter. According to Hamas, the subsequent fire had damaged some property but the losses were limited. Footage from camp residents shows successive explosions after the fire.

“We hold the Authority’s leadership in Ramallah and their security services in Lebanon fully responsible for the crime,” Hamas released in a statement.

A resident of the camp told AFP that the shooting erupted towards the crowd after the funeral procession arrived at the camp cemetery, and another reported that people scattered when it began.

Lebanon is home to thousands of Palestinian refugees spread across 12 camps. The Lebanese Army does not interfere in these camps, largely leaving the burden of security on to the Palestinian factions. As such, Hamas operates branches within Lebanon, in addition to a number of other Middle Eastern countries.

Palestinian security forces handed in a man accused of the crime to the Lebanese army.