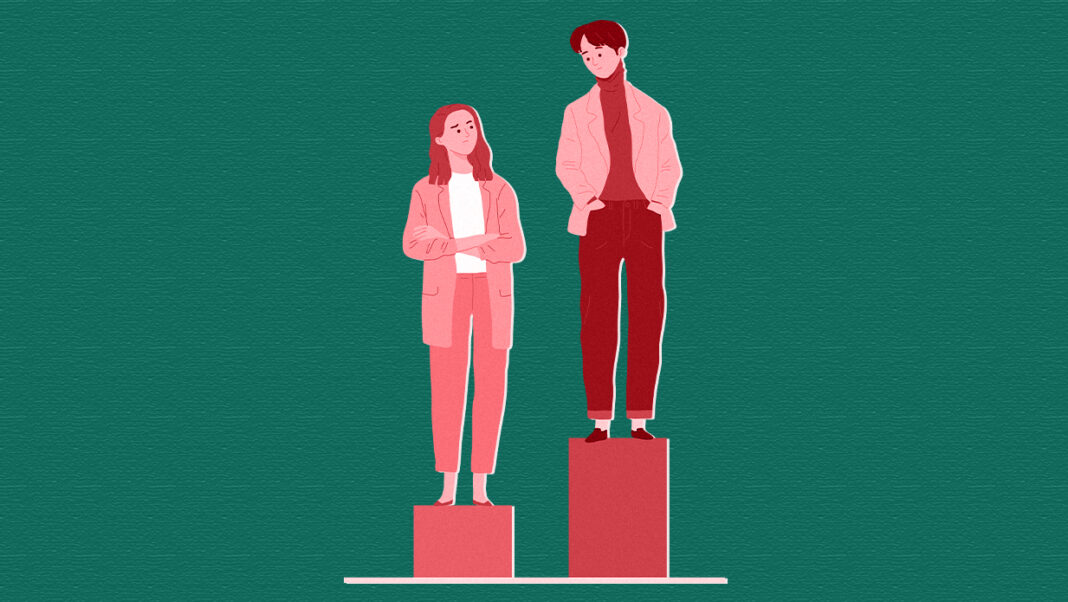 The United Nations Development Programme (UNDP) and the Central Administration of Statistics (CAS) of Lebanon partnered up to release the country’s first gender statistical report under the title of “The Life of Women and Men in Lebanon: A Statistical Portrait.”

The report “provides an overview of the statistics and trend analysis of the status of women and men in Lebanon. It aims to offer available information that underlines the achievements made towards gender equality and women empowerment in various areas of development over the past 15 years.”

The statistics present in the report show sex-disaggregated data that maps gender disparities across different domains, such as demographics, governorates, nationalities, marital statuses, disabilities, attendance rates within schools, and more.

The facets of development are divided into themes per chapter, and are “attempts to highlight the differences and similarities in the experiences of women and men.”

Between 2004 and 2019, Lebanon’s population remained relatively stable but shifted to an older structure. The gender distribution also changed, with the share of women in the population increasing from 50.2 percent in 2004 to 51.6 percent in 2018–19.

The numbers change according to governorates, with Mount Lebanon and Bekaa witnessing the largest increase over the years (almost 2 percent up) and Beirut’s share remaining high and stable—around 54 percent of the capital’s residents are women.

Compared to previous years, women are marrying at a younger age. Women who are educated and employed tend to get married later than women who are not, while that relation is reversed for men.

Since 2004, the share of single adult women living alone has increased by 2.5 percent compared to less than 1 percent for single adult men. Additionally, more than 75 percent of one-parent households with children under 15 were headed by women.

Women are under-represented in leadership positions

The report indicates that women are highly under-represented in politics—particularly in the government and in senior and middle management positions. Over the past 15 years, only 4.7 percent of parliamentarians were women. Similarly, only 5.4 percent of the total elected municipal candidates in 2016 were women.

With the net school attendance rate for both boys and girls at nearly 90 percent, the report indicates no gender gap in primary education. Boys in secondary education in Lebanon tend to drop out more than girls, according to the report.

The proportion of women and men who attained tertiary education increased without a gender gap according to the UNDP and CAS report, going from 13 percent of women and 16 percent of men in 2004 to 26 percent for both in 2018–19.

Less women are engaged in the labour market

The statistics presented in this chapter of the report cover the labour force, employment and unemployment through the collection of household surveys.

The report shows that labour market participation amongst both men and women has increased over the past 15 years, yet in spite of this, “gaps remain significant.”

Less than 30 percent of women are actively engaged in the labour market, despite the fact that they make up 52.6 percent of the working age resident population—a great indicator of the economic dependence of women on others.

In contrast, men were actively engaged two times higher than women over the past years, with some mild fluctuations: Their participation increased from 68.9 percent in 2004 to 70.4 percent in 2018–19.

The pay gap fluctuates per nationality and field of work

Better economic conditions help reduce gender inequality and increase opportunities for women to participate actively in the economy, and as such, the report analyzes inequality across poverty, income, and access to resources and services.

One of the key pillars analyzed within income is the gender wage gap, which is evident and prevalent, indicating inequality in working conditions despite the fact that women “are successful in gaining qualifications.”

The existence of this pay gap therefore hinders women’s advancement in their careers.

“The differences in wages between men and women have been narrowing significantly for the resident population aged 15 and above in Lebanon, during the period from 2004 to 2007,” reads the report.

In 2018–19, a negative gender gap existed in Lebanon. Women were earning more than men but this was “due to the fact that non-Lebanese workers earned substantially less than Lebanese (almost half) and the majority of non-Lebanese employees were men.”

When divided by nationality, it was discovered that Lebanese men earned on average 6.5 percent more than Lebanese women. The gap also fluctuates among different fields. Women who work as Plant and machine operators and assemblers earning around 70 percent of what men earn. Women who are professionals and technicians earn 80 percent of what men earn. Meanwhile, women who work as clerical support workers and craft trade workers earned 3.8 percent and 4.4 percent less respectively.

A look at health services and mortality rates

In Lebanon, the maternal mortality rate decreased since 2016 but is nearly four times more common among non-Lebanese women than Lebanese women.

Among children under five, improvement in healthcare services led to a decrease in mortality rates between 2004 and 2009. In 2004, the under-five mortality rate for baby girls stood at 22 per 1,000 live births and for baby boys stood at almost 15. While in 2009, the mortality rate dropped to 9 per 1,000 for girls and 11 for boys.

Also in the report, around five of ten married women between 15 and 49 years old use contraceptive methods. 9 percent use traditional methods in Lebanon, and 45 percent use modern methods.

“A woman’s ability to control her fertility and the use of modern contraceptive methods indicate the status of women and their empowerment,” said the report.

Finally, almost 20 percent of women and 19 percent of men suffering from chronic health conditions had unmet needs in healthcare and medical services. No gender difference exists, but the difference by nationality is significant. Similar to the maternal mortality rate, unmet needs are four times higher among non-Lebanese in the country.

UNDP and CAS faced difficulties in collecting some data

In spite of the vast data collected within the report, some shortcomings were encountered in topics such as health, mortality, women in politics and violence against women, due to the fact that accurate and up-to-date data is occasional within these areas.

In these cases, data was mainly collected from administrative bodies, such as the Ministry of Interior and Municipalities, the General Directorate of CIVIL Affairs, the Ministry of Education and Higher Education, the Ministry of Public Health, the Internal Security Forces and other state agencies, and so on, to “supplement the information available at CAS.”