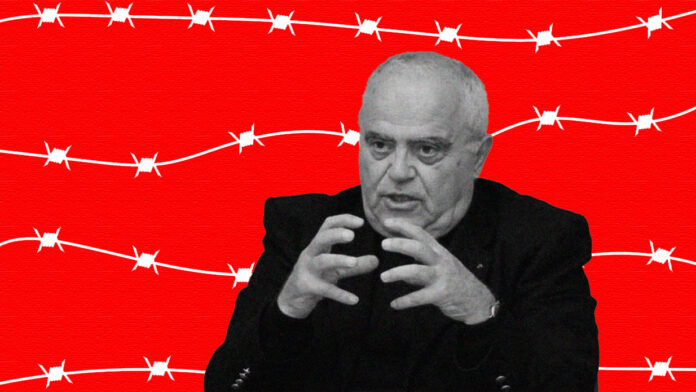 Convicted child rapist and sexual assaulter Mansour Labaki was charged in absentia last night and sentenced to 15 years of prison, following years of trial in a French civil court in Caen.

The once-famous Maronite priest in Lebanon will be added to the list of registered sex offenders, following the recent ruling of the Criminal Court of Caen in western France.

He was on trial for the rape and assault of three girls. Only one of them filed a complaint, as the other two received several threats, according to lawyer and public defender Solange Domic.

In 2012, the priest was found guilty of the sexual abuse of minors. At the time, the Vatican charged him with abuse of at least three children and partially defrocked him by sentencing him to a “life of prayer” and isolation, as well as ordering the cessation of his religious services.

An international arrest warrant was issued for Labaki in 2016, but the Lebanese state refused to extradite him. The 81-year-old roams freely in the country.

For years, the survivors of his assault have been fighting to hold him accountable for his crimes. Prosecutor Pascal Shaw said Labaki “never stopped defaming the plaintiffs, and even went so far as to accuse them of insanity,” according to AFP.

The priest also exerted pressure on the victims and their families, who have received several threats in Lebanon and suffered from the repercussions of his crimes—including attempting suicide, suffering from anorexia and depression, and being forced to live in exile.

It called on all parties to respect the church’s prestigious position and authority and not to question the validity of the decision.

Alongside being banned from exercising his ecclesiastical duties, he was also banned from making media and public appearances, but that failed to keep him out of the public eye. Since its issuing, Labaki has violated the Vatican’s verdict several times and has been protected by the Lebanese ruling class that has allowed him to go about his life without accountability.

Labaki reportedly appealed the sentence, but was rejected once again by the Vatican, which reasserted its position on the issue.

Labaki is known as the founder of a spiritual movement called Lo Tedhal, an orphanage in the 1990s, and as the author of several books and famous hymns.

“The conviction will be an acknowledgment of the victims’ innocence,” said Labaki’s niece, Celeste Akiki, who accused him of sexual harassment. “Wounds must heal, especially since he shows no remorse and portrays himself as a victim of a conspiracy.”

What are Lebanon’s new COVID-19 measures for the holidays?

Lynn Sheikh Moussa - December 2, 2021 0
Lebanon’s COVID-19 committee has imposed a series of new social distancing and lockdown measures ahead of the holidays.

Lynn Sheikh Moussa - December 1, 2021 0
For weeks now, fear has spread among refugees looking towards the European Union (EU) for a better life as news of the displaced stuck...

Beirut Today - November 30, 2021 0
Does voting in the upcoming general election mean we are being complicit in sustaining a flawed system of governance?

Lynn Sheikh Moussa - November 30, 2021 0
The Lebanese committee delegated with the task of negotiating a bailout plan with the International Monetary Fund (IMF) has finally reached a “unified vision”...

عامر شيباني - November 26, 2021 0
An average of 16 thefts per day were documented in Lebanon during October 2021, as per the Internal Security Forces.

Lynn Sheikh Moussa and Laudy Issa - November 25, 2021 0
Deputy Prime Minister Saadeh Al-Shami hopes a preliminary agreement will be reached with the IMF before the end of the year.