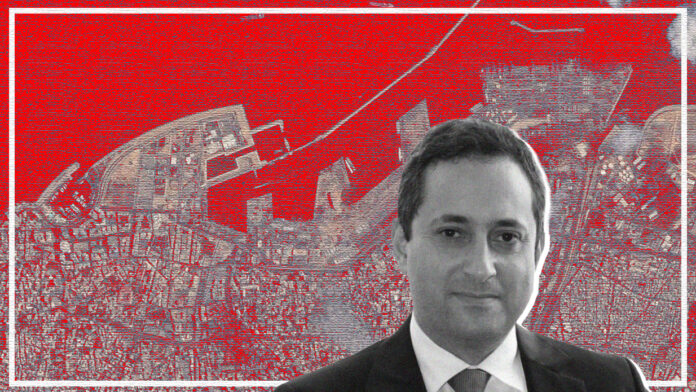 The Beirut Blast investigation has once again been suspended following the filing of a new complaint by suspect and former Public Works Minister Youssef Fenianos, who was summoned for interrogation.

After Bitar was formally notified of the complaint on Thursday, he was forced to cease investigation until a formal ruling was issued.

Previously, the Beirut Court of Appeals had rejected such requests to dismiss investigator Bitar. However, a complaint by suspects and MPs Ghazi Zeaitar and Ali Hassan Khalil was lodged earlier this week against Judge Nassib Elia, who heads the appeals court of Beirut and had declined their requests. Their request was approved, and judge Habib Mezher was assigned. Local media say the Mezher is close to the Hezbollah and Amal parties.

This is the third time Bitar has been forced to suspend the investigation due to lawsuits filed by former ministers refusing to sit down for interrogation and hold themselves accountable.

The total number of lawsuits filed against Bitar has reached 15, as per judicial sources. His predecessor, Fadi Sawan, was forced to suspend the probe for the very same kind of political interference, before his removal in February.

Yesterday, two separate groups of families of the Beirut blast victims held vigils facing the port to commemorate their loved ones to mark 15 months since the passing of the explosion.

The latter group broke off from the initial group last month, after a protest by Hezbollah and Amal supporters against the Beirut blast judge turned violent and unidentified gunmen killed seven of the protesters. Ibrahim Hoteit, former spokesperson for the families of the victims, retracted his prior statements in support of Bitar following the deadly clash.

During the past month, Hezbollah and its allies have demanded the removal of Bitar from the case on allegations of “bias.”

Seeing as Bitar has yet to be removed from the case, representatives of Hezbollah in the government have decided to boycott cabinet meetings until the cabinet takes a stand on Bitar.

Boycotting meetings has largely halted governmental proceedings, such as meetings with the International Monetary Fund (IMF) for a financial bailout plan. The Cabinet has not held a single meeting in the past three weeks.

“We have tried as much as possible to keep the Beirut blast probe under the purview of the judiciary and we have rejected any kind of (political) interference,” Mikati said in a news conference.

It has been a year and three months since the Beirut blast decimated a fifth of the city, killing hundreds, injuring thousands, and thwarting the lives of many.

What are Lebanon’s new COVID-19 measures for the holidays?

Lynn Sheikh Moussa - December 2, 2021 0
Lebanon’s COVID-19 committee has imposed a series of new social distancing and lockdown measures ahead of the holidays.

Lynn Sheikh Moussa - December 1, 2021 0
For weeks now, fear has spread among refugees looking towards the European Union (EU) for a better life as news of the displaced stuck...

Beirut Today - November 30, 2021 0
Does voting in the upcoming general election mean we are being complicit in sustaining a flawed system of governance?

Lynn Sheikh Moussa - November 30, 2021 0
The Lebanese committee delegated with the task of negotiating a bailout plan with the International Monetary Fund (IMF) has finally reached a “unified vision”...

عامر شيباني - November 26, 2021 0
An average of 16 thefts per day were documented in Lebanon during October 2021, as per the Internal Security Forces.

Lynn Sheikh Moussa and Laudy Issa - November 25, 2021 0
Deputy Prime Minister Saadeh Al-Shami hopes a preliminary agreement will be reached with the IMF before the end of the year.